Bullying is unwanted, aggressive behavior among school aged children that involves a real or perceived power imbalance. The behavior is repeated, or has the potential to be repeated, over time. Both kids who are bullied and who bully others may have serious, lasting problems.

In order to be considered bullying, the behavior must be aggressive and include: 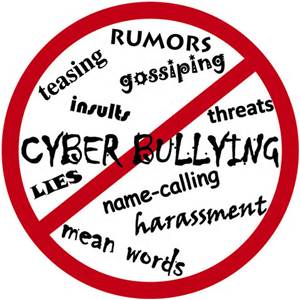 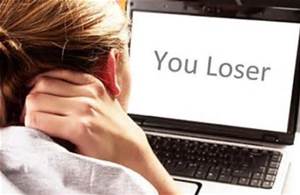 Cyber bullying can take many forms:

Cyber bullying can be very damaging to adolescents and teens. It can lead to anxiety, depression, and even suicide. Also, once things are circulated on the Internet, they may never disappear, resurfacing at later times to renew the pain of cyber bullying.

Teens may think that if they use a fake name they won’t get caught, but there are many ways to track some one who is cyber bullying.

Despite the potential damage of cyber bullying, it is alarmingly common among adolescents and teens. According to Cyber bullying statistics from the i-SAFE foundation:

The Cyberbullying Research Center also did a series of surveys that found these cyber bullying statistics:

Parents and teens can do some things that help reduce the cyber bullying statistics: 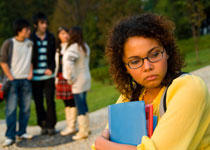 No single factor puts a child at risk of being bullied or bullying others. Bullying can happen anywhere—cities, suburbs, or rural towns. Depending on the environment, some groups—such as lesbian, gay, bisexual, or transgendered (LGBT) youth, youth with disabilities, and socially isolated youth—may be at an increased risk of being bullied.

Children at Risk of Being Bullied

However, even if a child has these risk factors, it doesn’t mean that they will be bullied.

Children More Likely to Bully Others

There are two types of kids who are more likely to bully others:

Remember, those who bully others do not need to be stronger or bigger than those they bully. The power imbalance can come from a number of sources—popularity, strength, cognitive ability—and children who bully may have more than one of these characteristics. 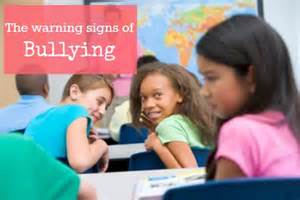 It is important to talk with children who show signs of being bullied or bullying others. These warning signs can also point to other issues or problems, such as depression or substance abuse. Talking to the child can help identify the root of the problem.

SIGNS A CHILD IS BEING BULLIED

Look for changes in the child. However, be aware that not all children who are bullied exhibit warning signs.

Some signs that may point to a bullying problem are:

If you know someone in serious distress or danger, don’t ignore the problem.

SIGNS A CHILD IS BULLYING OTHERS

Kids may be bullying others if they:

WHY DON'T KIDS ASK FOR HELP?

Statistics from the 2012 Indicators of School Crime and Safety show that an adult was notified in less than half (40%) of bullying incidents. Kids don’t tell adults for many reasons: 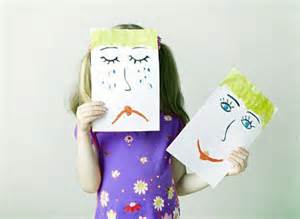 THE IMPACT OF BULLYING

A single student who bullies can have a wide-ranging impact on the students they bully, students who observe bullying, and the overall climate of the school and community.

Students Who are Bullied

Students deserve to feel safe at school. But when they experience bullying, these types of effects can last long into their future:

Students Who Bully Others

Students who intentionally bully others should be held accountable for their actions. Those who bully their peers are also more likely than those students who do not bully others to *:

Students who see bullying happen also may feel that they are in an unsafe environment. Effects may include feeling:

When bullying continues and a school does not take action, the entire school climate can be affected in the following ways:

A single student who bullies can have a wide-ranging impact on the students they bully, students who observe bullying, and the overall climate of the school and community.

Students Who are Bullied

Students deserve to feel safe at school. But when they experience bullying, these types of effects can last long into their future:

Students Who Bully Others

Students who intentionally bully others should be held accountable for their actions. Those who bully their peers are also more likely than those students who do not bully others to *:

Students who see bullying happen also may feel that they are in an unsafe environment. Effects may include feeling:

Schools with of Bullying

When bullying continues and a school does not take action, the entire school climate can be affected in the following ways:

10 Ways to Respond to Bullying 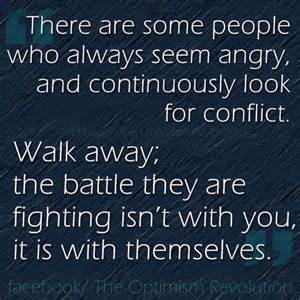 If you’ve experienced bullying, you’re not alone. There are people who can help and actions you can take to make things better.

Bullying is when a person or a group makes someone feel hurt, afraid or embarrassed on purpose and repeatedly. Whether it’s physical, verbal or emotional, bullying hurts. If you’ve experienced bullying, it’s not your fault. So don’t go it alone—reach out and try taking these steps to improve the situation. 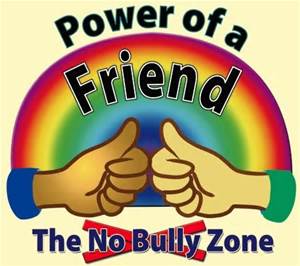 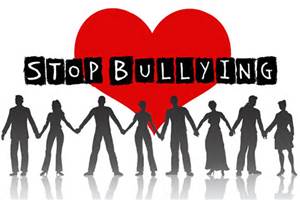 Being bullied is never easy, and can make a child feel very powerless, alone, isolated, and fearful. The following are ten things your child can do to stop a bully. These tactics works for adults as well as children. No matter what the bullying situation, it is possible to stop a bully by trying the following ten tactics.

1. Learn to look or act indifferent. A lot of bullying comes as a result of the reactions you give bullies when they push your buttons. If they find that they can elicit a response from you, they will continue to bully you. So, learn to keep your emotions off your face, so that they give up and move on.

2. Ignore the bully if you can. Bullies usually taunt first, and bully second. So, ignore them if you can. If they instant message you, don’t respond. If they yell your name at school, just keep walking. If they come up to you in a classroom, just look the other way. Ignore, ignore, ignore. Bullies feed off attention.

4. Avoid the bully. Sometimes bullies will bully out of opportunity more than anything else. So, avoid places, situations, times, and people that may lead to you being bullied. For example, don’t wander clear out by the fence during recess because a bully will have ample time to bully you without a playground monitor catching them.

5. Tell someone. There is a difference between tattling and telling. If you just tell to get them in trouble you are a tattle, but if you tell because they pose a danger to you or your friends, tell on them.

6. Be brave. You can’t show a bully that you are afraid of them, or the bullying will get worse. If you fear standing up to them, fear telling on them, and fear interaction with them, and let them know it, you empower them. So, instead, work on that mask of indifference, and avoid them when possible.

8. Build self-esteem. Bullies can sense when someone has low esteem, and they prey on that. It is like they figure out what you are most afraid of, and self conscious of, and that is what they target.

9. Confront them. It is important that if someone bullies you, you call them out on it. Ask them what their problem is, why they are picking on you, and make sure they know you are the victim. Sometimes recognizing that they are making someone a victim will give them a wake up call, and get them to stop.

10. Report it every time. If it happens at school, tell the teacher, lunch lady, hall monitor, or whomever you need to to make sure it gets stopped. If it happens enough times, is reported often enough, etc. it will eventually stop.

The Bully Project, and 'Billy' Movie: The documentary film that sparked a nationwide movement to stop bullying offers stories of those who were bullies and resources for parents, teachers, kids and communities for how to deal with and stop bullies on their website.

"Bully," which follows the lives of five U.S. students who faced bullying on a daily basis at school, including two who commited suicide as a result, will be in theaters on March 30, 2012.

Stop Bullying Now!: A resource website sponsored by the U.S. Dept. of Health and Human Services that addresses the warning signs of bullying, how to talk about bullies, how to report bullies and cyberbullying and offers a 24-hour help hotline for victims at 1-800-273-TALK (8255).

For Children and Teens

Teens Against Bullying: Specifically created to help teens learn about bullying, how to appropriately respond to it and how to prevent it.

Kids Against Bullying: Specifically created to help elementary school children learn about bullying, how to appropriately respond to it and how to prevent it.

STOMP Out Bullying!: A national anti-bullying and cyberbullying program for kids and teens.

For Parents and Teachers

PACER's National Bullying Prevention Center: Offers resources for how to teach kids of all ages about bullying, state laws and what parents can do if their child is being bullied, and peer advocacy groups.

Education.com: Bullying at School and Online: A resource for both teachers and parents on how to help a bullied child.

The Human Rights Campaign's Welcoming Schools Guide: A guide to help school administrators, educators, and parents or caring adults make sure that their elementary schools welcome all students and families. Targeted at addressing family diversity, gender stereotyping, and name-calling in K-5th grades.

GLSEN, Gay Lesbian Straight Education Network: Works with school officials to ensure that transgender, gay and lesbian students are not harassed or bullied.