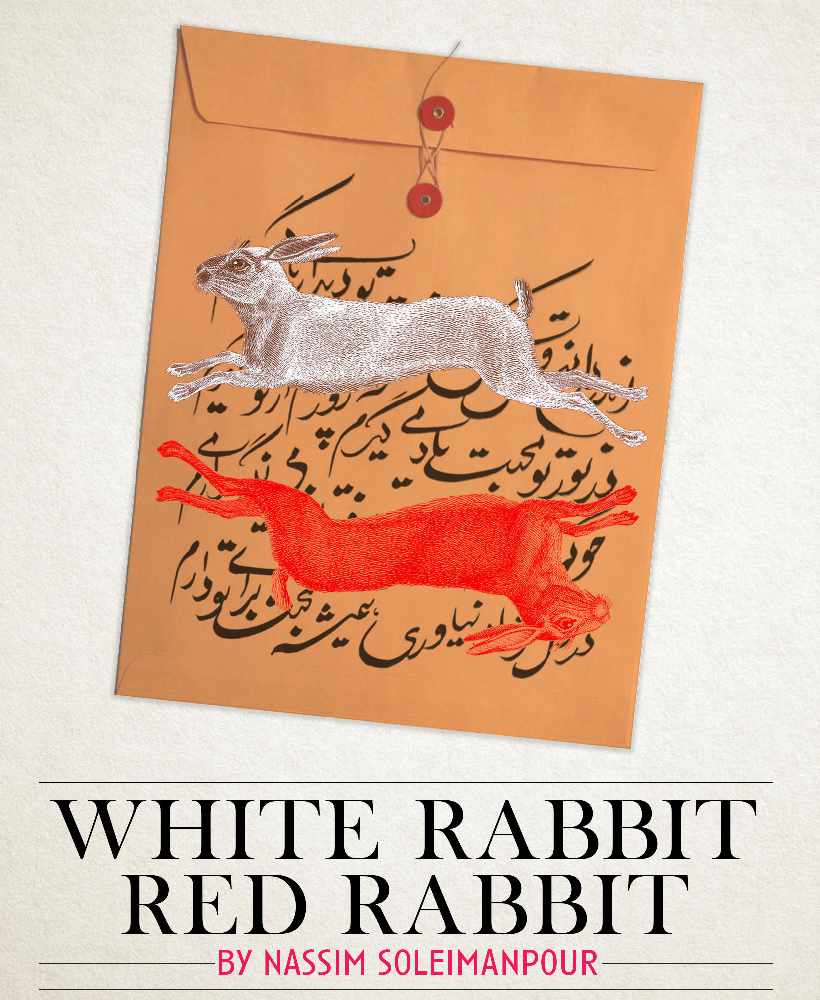 Ticketing for White Rabbit Red Rabbit is pay-as-you-can, with $12, $17, & $27 options available. We would like theatre to be accessible for all, but like many arts organizations, the current circumstances are challenging. Pay-as-you-can pricing means that those who can pay more have that option, and those who can't are still able to see the show.

When you purchase a ticket, you will receive two emails, one with a receipt and one with the ticket link that will be posted in the middle of the email.

White Rabbit Red Rabbit will be performed 11 times, each by a different actor.

With no rehearsal, no director, a different actor each night, and a script waiting in a sealed envelope on stage, internationally acclaimed White Rabbit, Red Rabbit by Iranian writer Nassim Soleimanpour is an audacious theatrical experiment and a potent reminder of the transgressive and transformative power of theatre.

Click here to view a portfolio of images from past performances of White Rabbit Red Rabbit.

“A thoughtful, playful response to oppression.”  – The Guardian

“The whole experience is altogether funny and serious and surprising and you — by which I mean we — are all in it together.” — San Francisco Examiner

Running time is approximately 65 minutes, with a post-show discussion to follow.