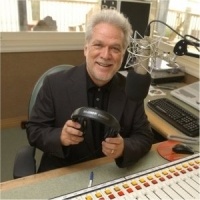 He’s lived it, defined it, and perfected radio into an art form as a role- model and mentor to many professional on-air talents in the business today! He's the host of the weekend (Saturday night) "Super Gold" show and the (Monday thru Friday) Mike Harvey Daily Show. He is the only three-time winner of Billboard Magazine’s “Major Market Program Director of the Year” Award and his stations have won the Billboard “Station of the Year” an unprecedented four times!