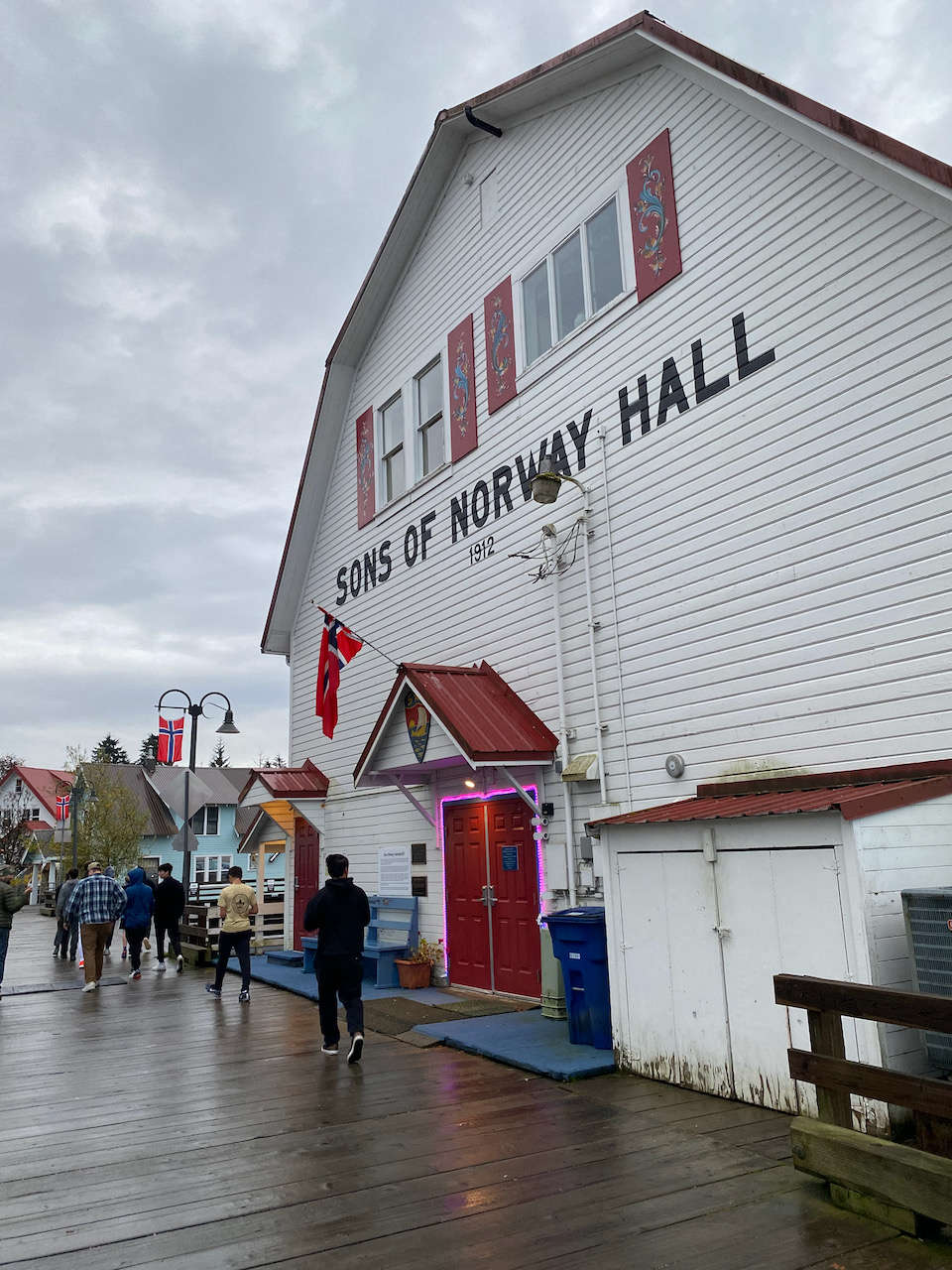 “It was interesting,” Falcons coach Adam Messmer said. “We had a few teams not make it in. We made it work.”

Due to tournament set up and scoring difficulties individual match results were not kept by computer and paper versions were misplaced. Ketchikan could not make it in the first day of competition but arrived on Saturday.

The Falcons arrived a day early and wrestled a dual meet against a combined Haines and Petersburg team, winning the team points 24-22.

Messmer noted outstanding performances by Woodruff who had to wrestle up in weight class and took first in his weight division and second overall in a combined weight bracket. Carson and Colton Cummins both were perfect on the weekend and Justus Darbonne took second in his weight bracket.

“He did really well but ended up wrestling against an upperclassman from Ketchikan who is a decorated wrestler,” Messmer said. “And our freshmen for being really green and not having a lot of wrestling background they did really well. Everybody won matches. It was a good learning experience all across the board.”

Messmer noted he had help from assistants Dan Ondrejka and Gideon Monette to make sure the tournament protocols were run correctly by the TMHS athletes. Each Falcons grappler had at least six matches over the weekend. Weight classes were not provided by publishing time.

“I’m really proud of where we are at with such a young group,” Messmer said. “We only had a handful of upper classmen, two, and the way they performed was about where we expected and was great. And the way they led the freshmen to show them the level of competition we are facing was good. The freshmen were doing what we were teaching them. We don’t know what those other coaches are teaching so this first tournament being able to see what we need to adjust too and go back to the drawing board on was really good. During the tournament the kids adjusted well, but they are freshmen and they are still learning.”

Messmer noted that Blaze Darbonne had no one in his 145 pound weight class and had to bump up to a combined 152-160 division and finished just off the podium.

“He definitely went out there with heart every single time,” Messmer said. “I think we are coming together as a team, for our young team, and making it more of a brotherhood than a team aspect. Kind of a good feeling with where we are at.”

The Falcons will take over 20 grapplers to Haines this weekend. The rest of their schedule includes traveling to Ketchikan Nov. 12-13; and Anchorage Nov. 18-19; hosting a tournament Dec. 3-4; and traveling to the Region V championships at Wrangell Dec. 9-11. The state championships are in Anchorage Dec. 16-18.