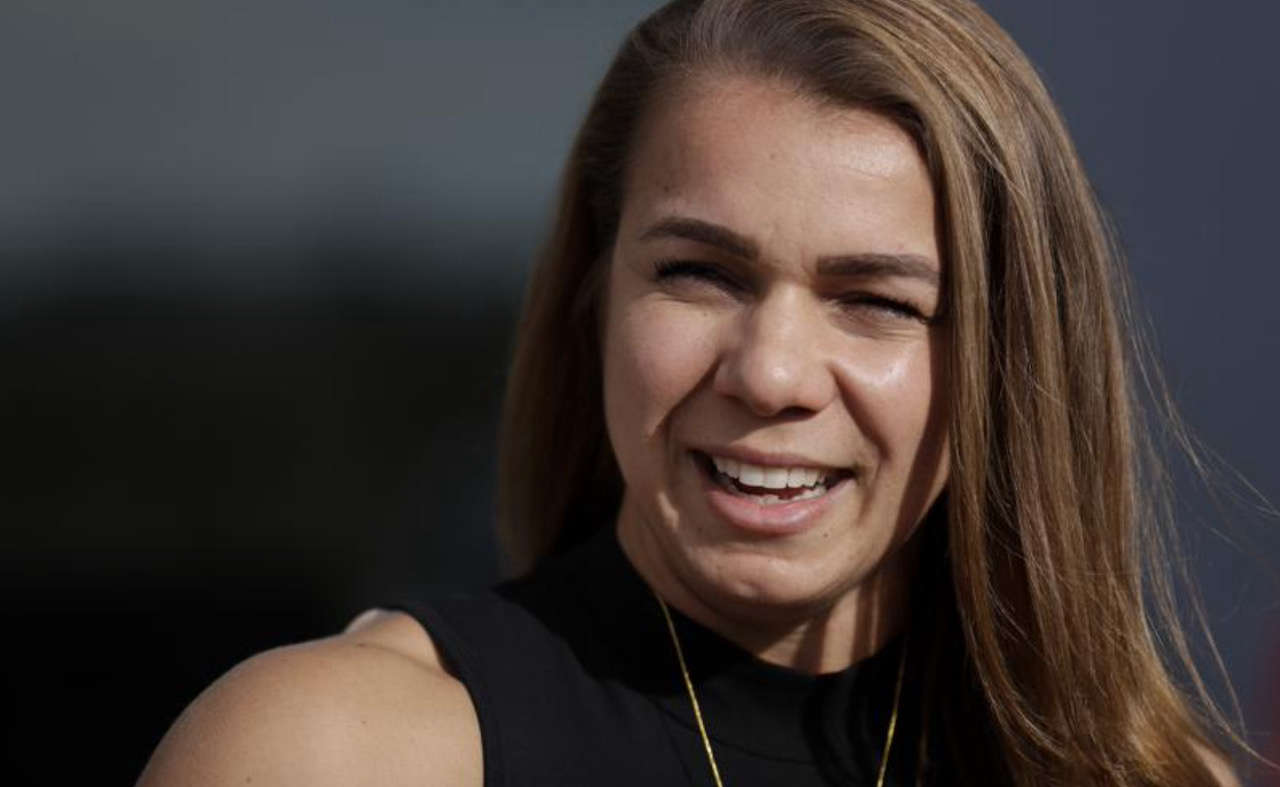 The New York Yankees are promoting Rachel Balkovec to manager at Low A Tampa, making her the first woman to skipper a team affiliated with Major League Baseball. (AP)

Following are stories across the country and the world that this old guy found interesting to recap. If you are not entertained then I blame it on the over-stimulation of the final regular season weekend of the National Football League.

NEW YORK (AP) — The New York Yankees are promoting Rachel Balkovec to manager of the Low A Tampa Tarpons, making her the first woman to skipper a team affiliated with Major League Baseball, according to two people familiar with the move.

The people spoke to The Associated Press on Sunday night on condition of anonymity because the club hadn’t announced the promotion.

The 34-year-old Balkovec joined the Yankees organization as a hitting coach in 2019, making her the first woman with that job full-time in affiliated baseball. She got her first position in pro ball with the St. Louis Cardinals as a minor league strength and conditioning coach in 2012.

MELBOURNE, Australia (AP) — Genevieve Beacom has made history as the first female pitcher for an Australian professional baseball team.

The 17-year-old Beacom appeared in the three-game Melbourne Challenge Series, which was organized after the 2021-22 Australian Baseball League was canceled because of COVID-19.

Beacom signed for the Melbourne Aces earlier this month as a development player. She appeared in Saturday’s game against the Adelaide Giants and allowed no runs and no hits in her one-inning appearance in a game which the Aces trailed and lost 7-1.

MELBOURNE, Australia (AP) — An Australian judge has reinstated tennis star Novak Djokovic’s visa, which was canceled after his arrival last week because he is unvaccinated.

Circuit Court Judge Anthony Kelly also ordered the government on Monday to release Djokovic from Melbourne hotel quarantine within 30 minutes of his decision.

Government lawyer Christopher Tran told the judge after the ruling that the minister for Immigration, Citizenship, Migrant Services and Multicultural Affairs, Alex Hawke, “will consider whether to exercise a personal power of cancelation.”

That would mean mean Djokovic could again face deportation and could miss the Australian Open, which starts on Jan. 17.

The top-seeded Nadal beat American Maxime Cressy, 7-6 (6), 6-3 at Melbourne in one of six tournaments this week ahead of the Australian Open, which begins Jan. 17.

The Adelaide win improved Barty’s record against top-20 rivals to 17-1 since the beginning of 2021.

The AFC playoffs will be running through Music City, and the Tennessee Titans should have Derrick Henry back for their first game this postseason.

The Tennessee Titans clinched their first No. 1 seed since 2008 and third overall. They needed only a win Sunday and held off the team that replaced them in Houston, the Texans, 28-25 to clinch the AFC’s top spot.

Only the Green Bay Packers had their playoff seeding set as the NFC’s No. 1 seed going into the NFL’s final week of the regular season.

DENVER (AP) — Vic Fangio was fired as coach of the Denver Broncos after going 19-30 in three seasons.

Fangio was fired Sunday morning, one day after Denver’s season-ending 28-24 loss to Kansas City. That was the Broncos’ 13th consecutive loss to the Chiefs.

Fangio had a fourth year left on his contract with a team option for 2023. The Broncos finished 7-10 this season. They went 7-9 in Fangio’s first year and 5-11 last season.

Fangio burnished his reputation as a defensive master during his time in Denver but never fixed his bad offense or special teams.

KAPALUA, Hawaii (AP) — Cameron Smith got the new year off to a record start at the Sentry Tournament of Champions.

He knocked in a three-foot birdie putt on the final hole for a 65 and a one-shot victory over Jon Rahm.

Smith shattered the PGA Tour record for 72-hole score under par at 34 under. The previous record was 31 under by Ernie Els at Kapalua in 2003.

HONOLULU (AP) — The University of Hawaii Board of Regents plans to address the issue of morale on the university’s football team following a legislative hearing that featured testimony from former players and that the university system president criticized as one-sided.

KHON TV reports that more than a dozen football players have said they are leaving the university by entering the transfer portal.

The Honolulu Star-Advertiser reports that testimony during the hearing was critical of coach Todd Graham’s management, including his relationship with players.

University of Hawaii President David Lassner described the testimony provided during the hearing as “cherry-picked.”

Maybe so, but Malinin’s present won’t include the Beijing Olympics.

That distinction belongs to Chen, who won his sixth straight national title Sunday, and veterans Vincent Zhou and Jason Brown, whom the selection committee chose over Malinin to represent the American team at the games next month.

The selection committee had to pick three skaters for the Olympics that did not finish nationals: Alysa Liu on the women’s team and Alexa Knierim and Brandon Frazier in pairs. Liu and Frazier tested positive for COVID-19 and withdrew.

The remainder of the roster has U.S. champion Mariah Bell and Karen Chen in the women’s competition; gold medalists Ashley Cain-Gribble and Timothy LeDuc in pairs; titlists Madison Chock and Evan Bates, plus Madison Hubbell and Zachary Donohue and Kaitlin Hawayek and Jean-Luc Baker in ice dance.

Erin Jackson is heading to the Beijing Olympics thanks to Brittany Bowe.

Bowe has given up her spot in the 500 meters, allowing Jackson who is ranked No. 1 in the world in the 500 to make the U.S. team. Jackson slipped in her race Friday and finished third.

Bowe won the 500 and Kimi Goetz took second, putting them on the team. The rules didn’t allow for Jackson to have a re-skate — only a mechanical failure or a fall are reason for a do-over.

In November in Poland, Jackson became the first Black woman to win a World Cup event. She won four of eight 500 races on the World Cup circuit.

Shaun White’s withdrawal from a key Olympic qualifying event came after he experienced lingering COVID-19 symptoms, including fatigue and shortness of breath, The Associated Press has learned.

A person familiar with White’s decision told The AP that White’s withdrawal from Saturday night’s U.S. Grand Prix at Mammoth Mountain does not impact his plans to compete in Beijing next month. The person requested anonymity because White has not publicly disclosed the reason for his withdrawal.

Last week, White revealed he had tested positive for COVID-19 in December but had been cleared to ride in Mammoth Mountain and was on the mend. White, who had asthma as a child, said the virus was like “a lingering cold.”