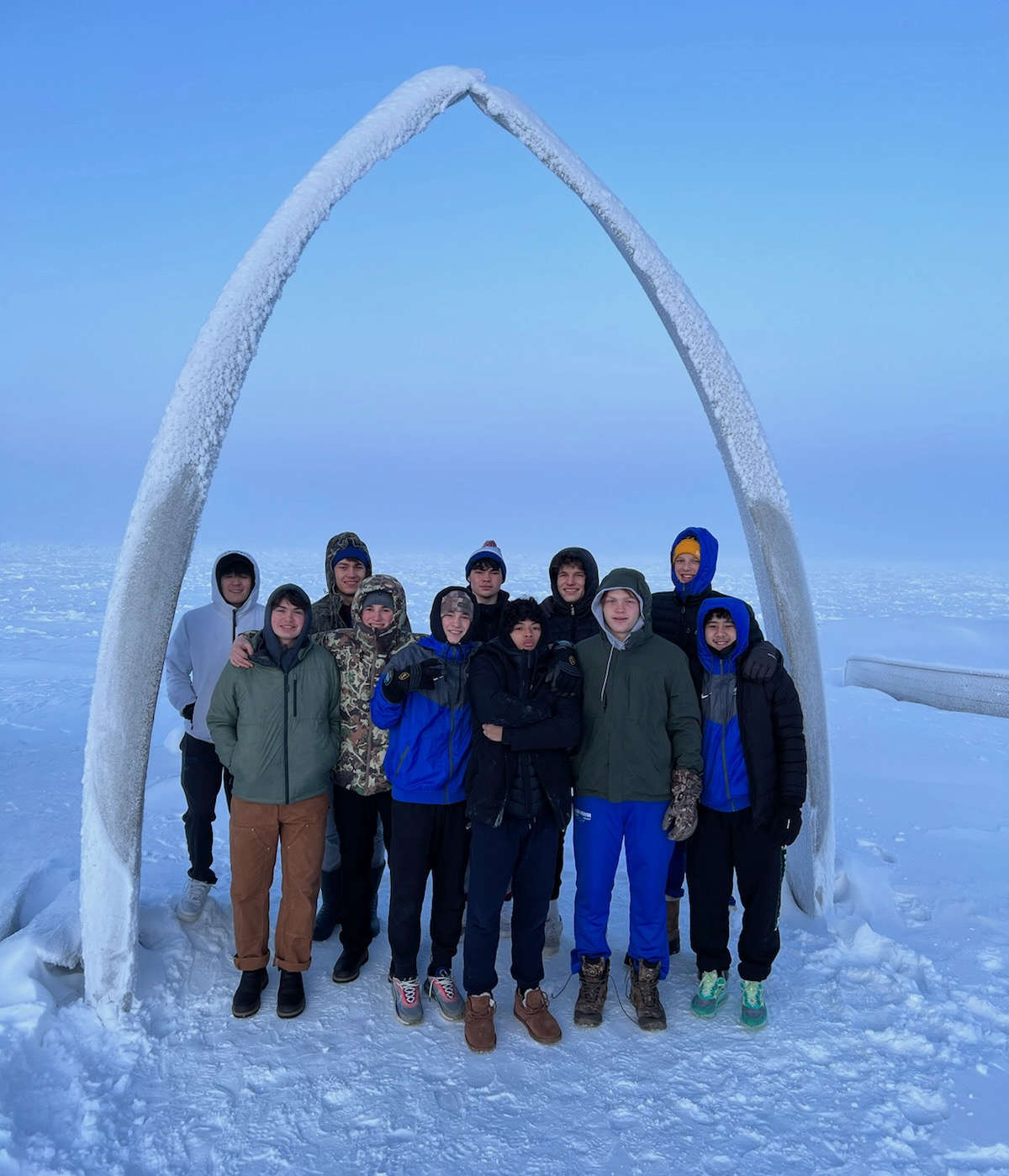 The TMHS boys basketball team stand in "the Gateway to the Arctic," the whalebone arch in Utqiaġvik (Barrow). - courtesy photo John Blasco

All-Tournament selections, sophomores Thomas Baxter and Samuel Lockhart, provided the firepower for the Falcons with 21 points and 20 points, respectively, in their title game loss to West Valley.

“Those two were hot for the whole game,” TMHS head coach John Blasco said. “So you just have to run with them, right?”

The Wolfpack’s Stewart Erhart led all scorers with 22 points.

“An exciting game,” Blasco said. “That is a team (West Valley) that is averaging almost 80 points a game and we did a really good job defensively in our rotations. We identified who we wanted to take out of the equation. Granted, Stewart Erhart still finished with 20 or 21, he’s a heck of a ball player, but I think defensively we played a really solid game, controlling the tempo and not giving their two best players an easy game. Everything they got was really earned.”

TMHS took an 11-8 first quarter lead with Lockhart hitting from deep, Baxter farther in and senior Wallace Adams inside the key.

TMHS had a 28-23 lead at the half as Lockhart hit three of his six shots past the arc in the second quarter and added two more free throws, and Baxter put in three shots from inside the arc as the Falcons put up 17 points to stay up with West Valley’s 15 points coming from Colton Thompson, who had eight, and Erhart seven.

The Falcons’ Baxter notched three shots from deep in the third quarter, Lockhart one, and Adams found another point on the free throw line as TMHS again stayed ahead of West Valley’s 12 points coming from Erhart’s two from deep and one closer in, and four more from Kobe Amio.

Thunder Mountain held a 41-35 lead heading into the fourth quarter.

“We controlled the game for 3 1/2 quarters,” Blasco said. “Unfortunately, we got a little stagnant, a little shy in the last four minutes of the fourth quarter with their pressure. They came out and pressured us really hard.”

West Valley outscored TMHS 12-6 in the final quarter to force overtime at 47-47.

“We only scored six points in that quarter,” Blasco said. “Which is hard. We made some immature mistakes late, and it just kind of led to their run to tie up the game.”

The Falcons needed a last-second layup at the buzzer from Baxter to force the extra time.

Thunder Mountain did not score in the extra period, missing five opportunities, but their defense allowed just one basket from West Valley’s Thompson and a free throw from Amio.

“It was a heck of a championship game for sure,” Blasco said. “The fans enjoyed it. The kids played their hearts out. Both teams left it on the floor. It was a very fun competitive high school basketball game.”

The Falcons defeated the host Barrow Whalers 73-68 on Thursday and the Nikiski Bulldogs 68-42 on Friday. West Valley beat Barrow 66-45 on Friday and defeated Nikiski on Thursday. 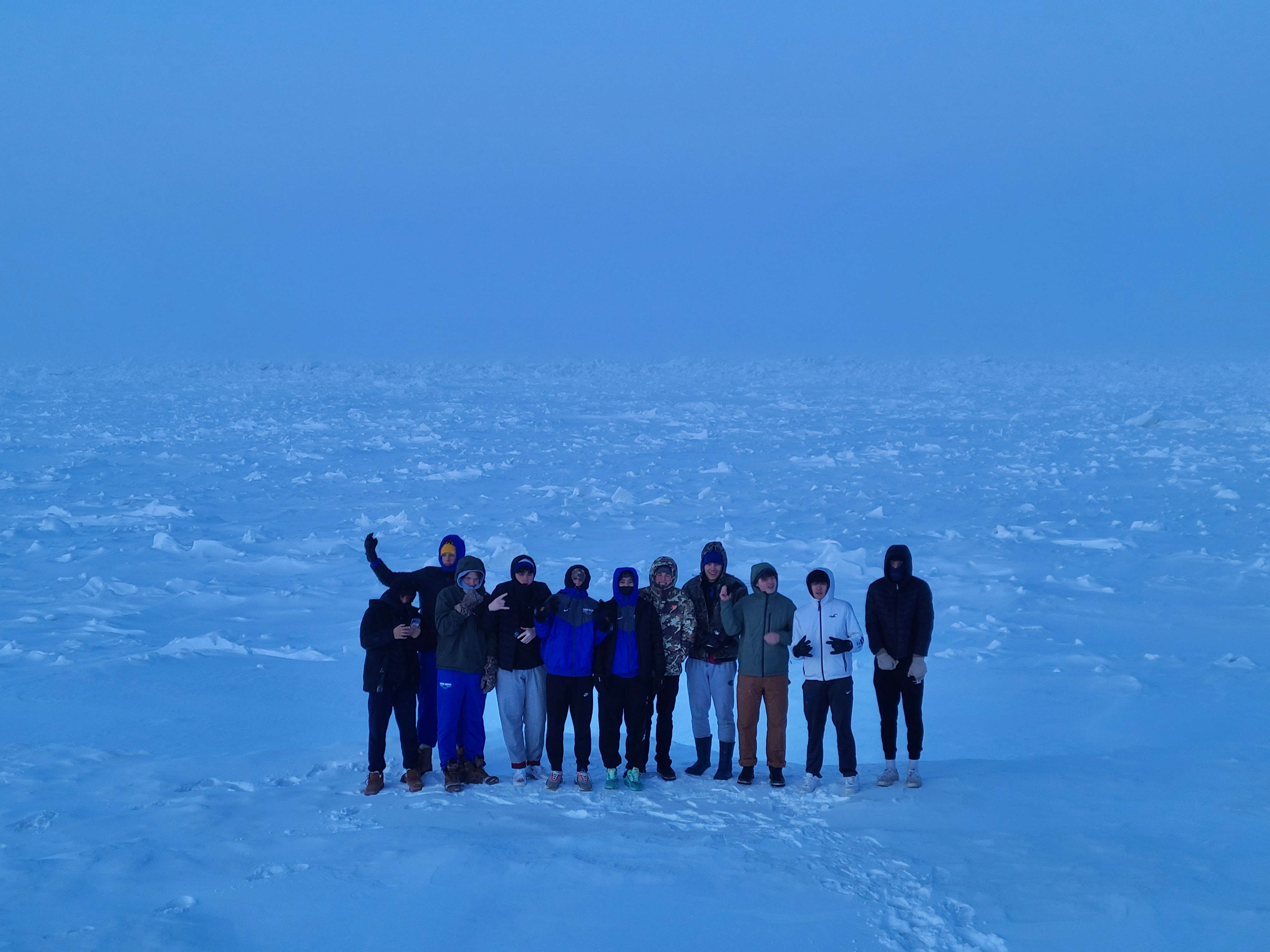 Above - The Thunder Mountain Falcons stand on the Arctic Ocean during their trip to Utqiaġvik (Barrow) for the Barrow Whaler Invitational Tourney. 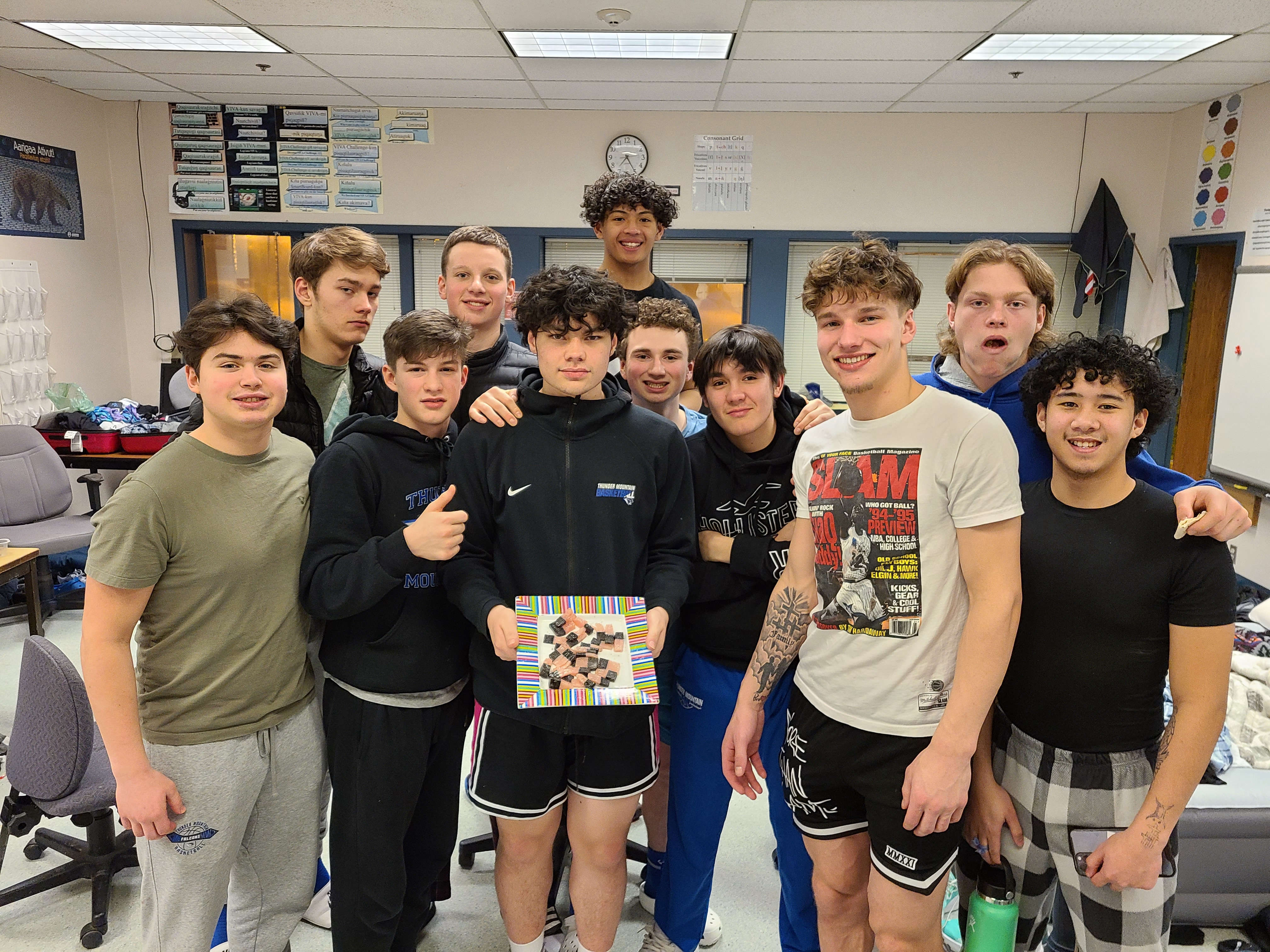 Above - The TMHS boys basketball team tries Muktuk while at the Barrow Whaler Invitational tournament in Utqiaġvik (Barrow). 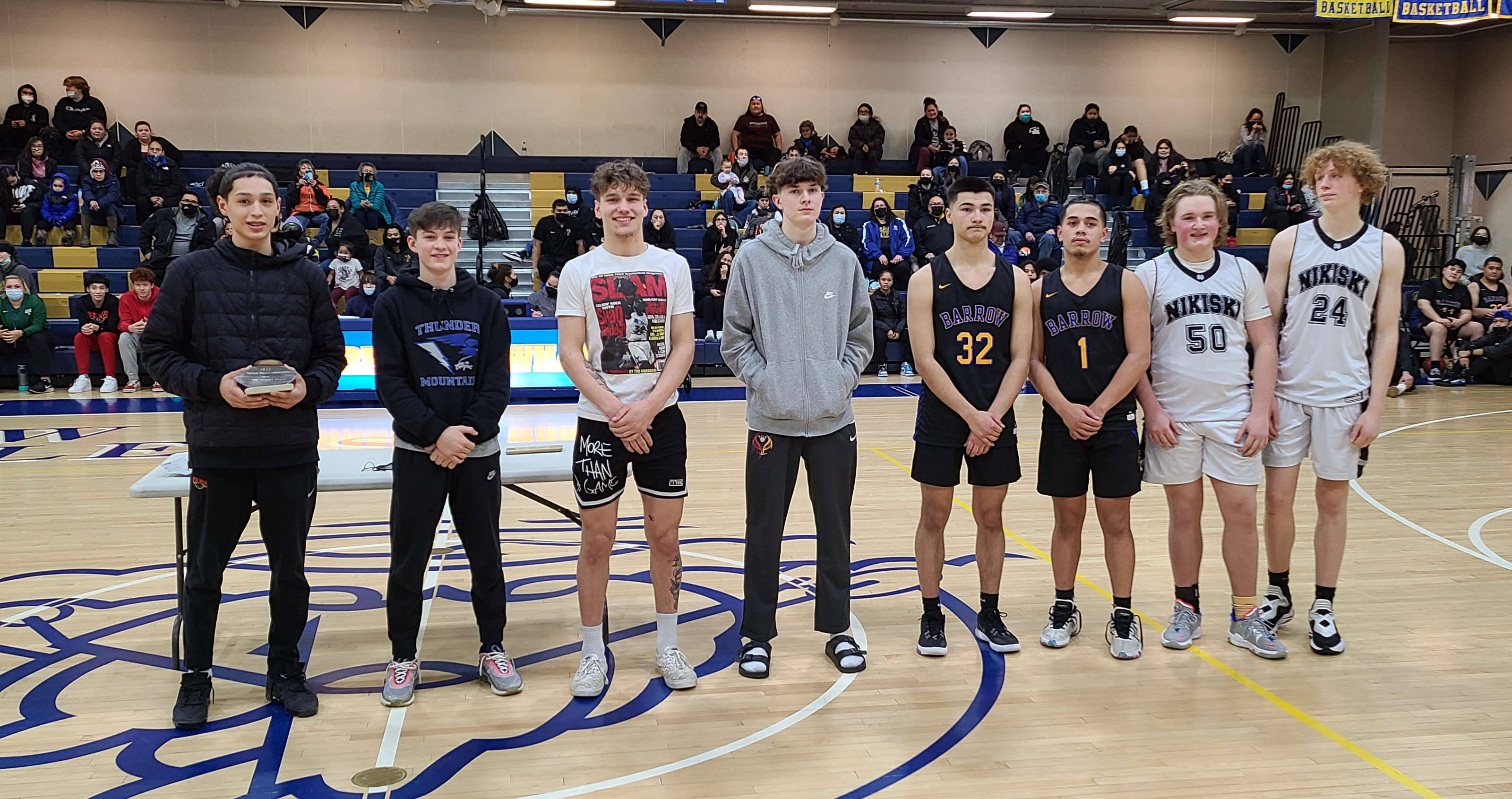 Above - TMHS Falcons Sam Lockhart and Thomas Baxter, second and third from left, were selected to the Barrow Whalers Invitational all-tourney team in Utqiaġvik (Barrow).