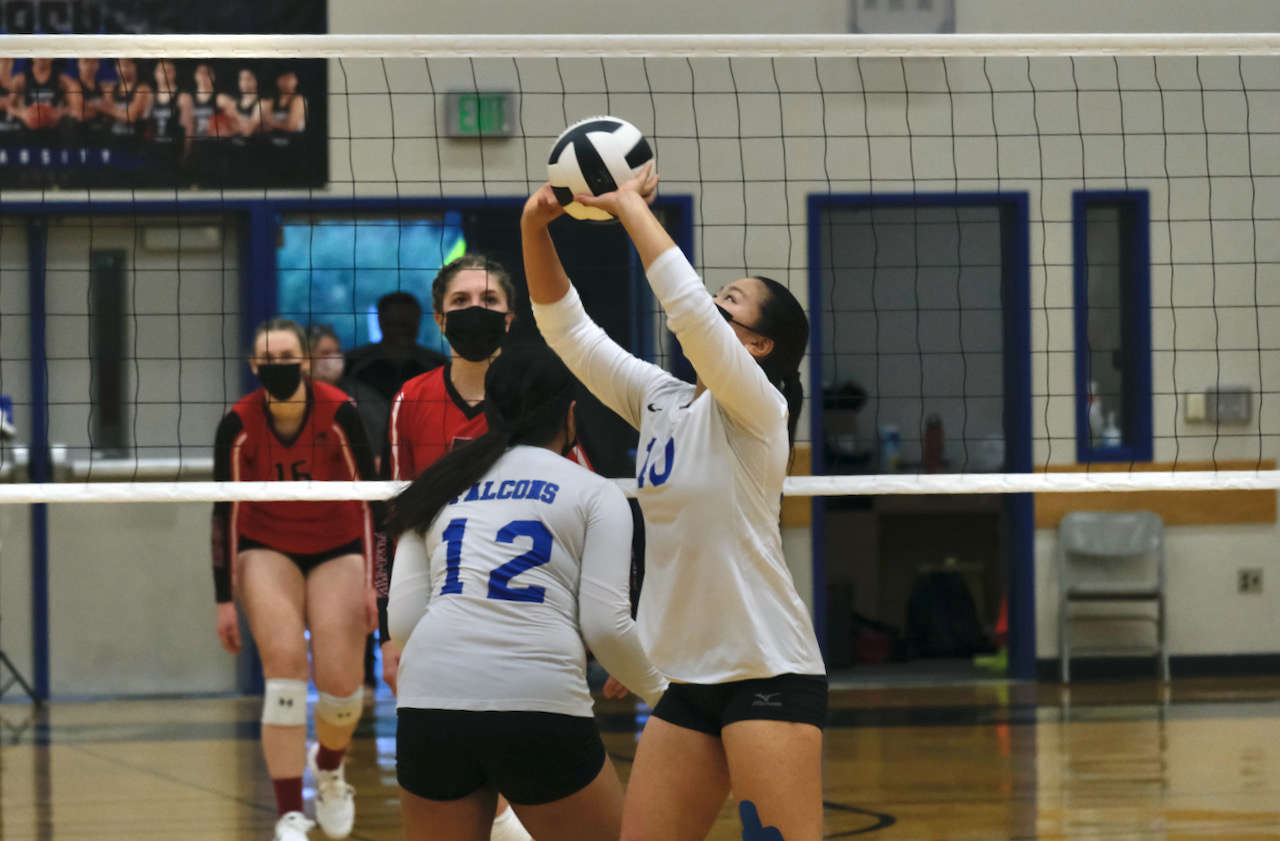 Falcons senior Molly Brocious (10) sets a ball during a match against Juneau-Douglas earlier this season. Both teams are playing at the West Anchorage Spiketacular this weekend. (Klas Stolpe)

“I am pleased that we worked on a faster offense,” Falcons coach Julie Herman said. “Because Wasilla had some quite tall athletes and they ran a really fast offense so we had to adjust defensively and also bring our fast offense so it was just a battle at the net, at the tape. It was a very fun match.”

Key to the Falcons fast offense were their setters.

“I have been working on different signs with all my hitters,” senior setter Molly Brocious said. “And so when we come into the huddle we just see what the other team is doing and we decide off of that what we are going to run. And it was really fun to test that out against a new team.”

Brocious concentrated on senior hitter Sydney Strong and junior hitter Mallory Welling primarily. The team has a system of numbers and sign language they made up to call plays.

Strong and Welling had 39 attack attempts with Welling killing 11 and Strong seven.

“It is just really fun to work with them,” Brocious said. “We get to test new things and it just keeps it from being ‘vanilla.’ We add, our coach likes to call it ‘sprinkles,’ to our offense.”

Brocious had 19 attacks with three kills, Tuvaifale 18 with four and sophomore Ashlyn Gates five with 2.

Tuvaifale, Brocious and Wolter had two blocks each; Gates and Strong one apiece.

The Thunder Mountain Falcons and the Juneau-Douglas Yadaa.at Kalé Crimson Bears play at the West Anchorage Spiketacular through the weekend.