Thunder Mountain Boys Fall to Nome in Tip Off Classic 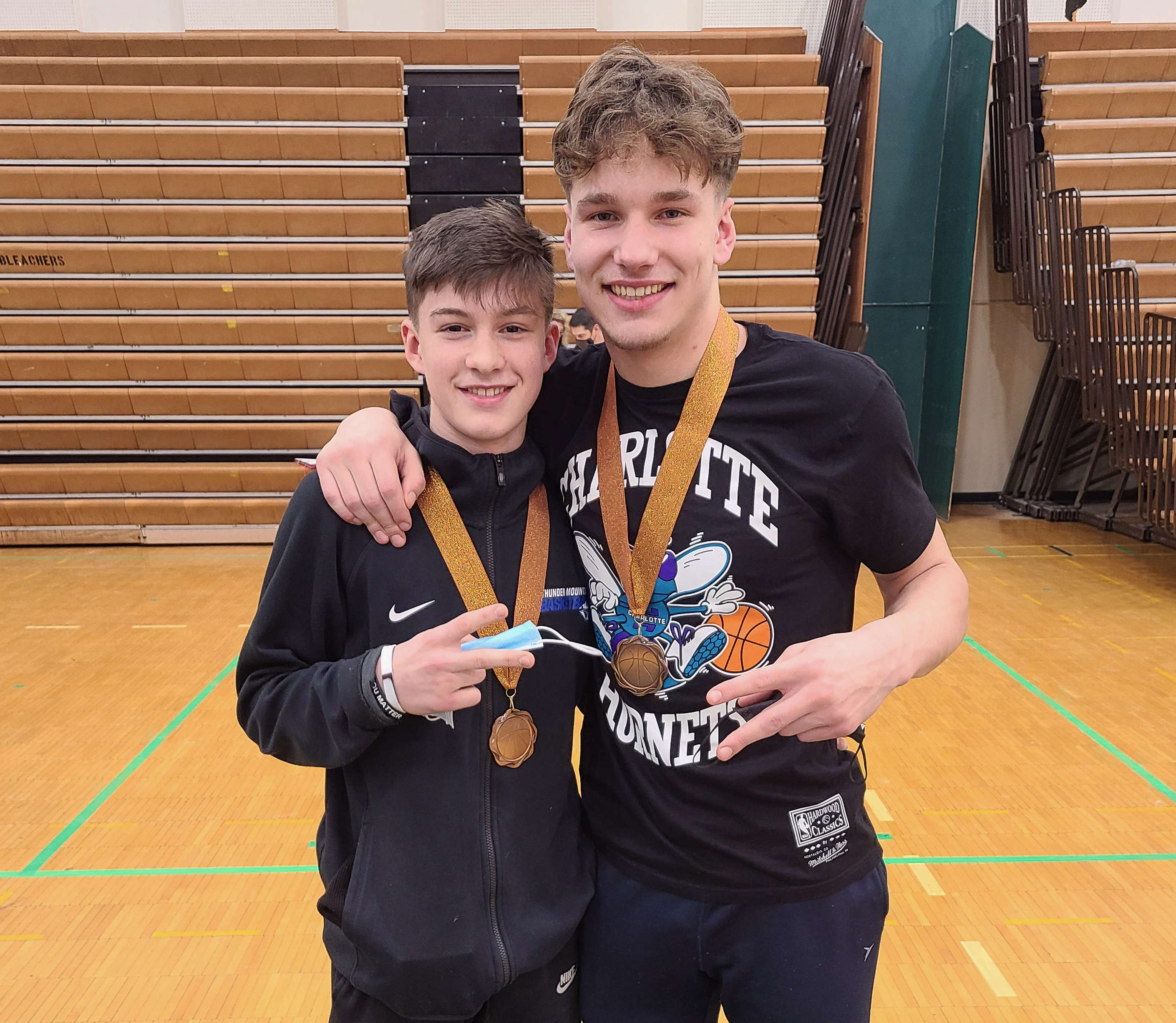 Juneau, Alaska (KINY) - The Thunder Mountain Falcons boys basketball team battled Nome on Saturday in their final game at the 41st Annual Service Cougar Tip Off Tournament in Anchorage, falling 61-52 to the Nanooks.

“Nome is a strong opponent,” TMHS coach John Blasco said. “They have some really nice players and are sound offensively and defensively. We had to make some adjustments early because they were transitioning quite fast on us in the first quarter, just getting ahead of my guys. They were getting up and down the court quick.”

Falcons sophomores Sam Lockhart and Thomas Baxter totaled 11 points in the stanza, with Lockhart hitting one from deep.

Senior Wallace Adams and sophomore James Polasky joined that duo inside in the second period, and Lockhart buried his second triple of the game but Nome held a 27-25 advantage at the break.

The Falcons made a spirited run in the final eight minutes, including four shots from beyond the arc by Lockhart and two scores by sophomore Lance Nierra, but Nome kept pace with 10 points from Richard Cross.

“Sam is a solid shooter for sure,” Blasco said. “We were slow to get going in that third quarter and put ourselves in a real hole going into the fourth, but if you look at the stats, he came with a flurry. In about one minute thirty he hit four threes, cut the lead from 17 down to 12. But we just couldn’t find a couple open looks and they broke our press and hit some shots and were able to maintain their lead.”

“We played all different levels,” Blasco said of the tournament. “Saw some good competition, both on the court in our games and off the court watching other games. Just a good opener, not being up north for two years and recognizing the level we have to play at to compete with these guys. We definitely have to put some more work in on our defensive strategy and find some adjustments when we come back up here in a couple weeks.”