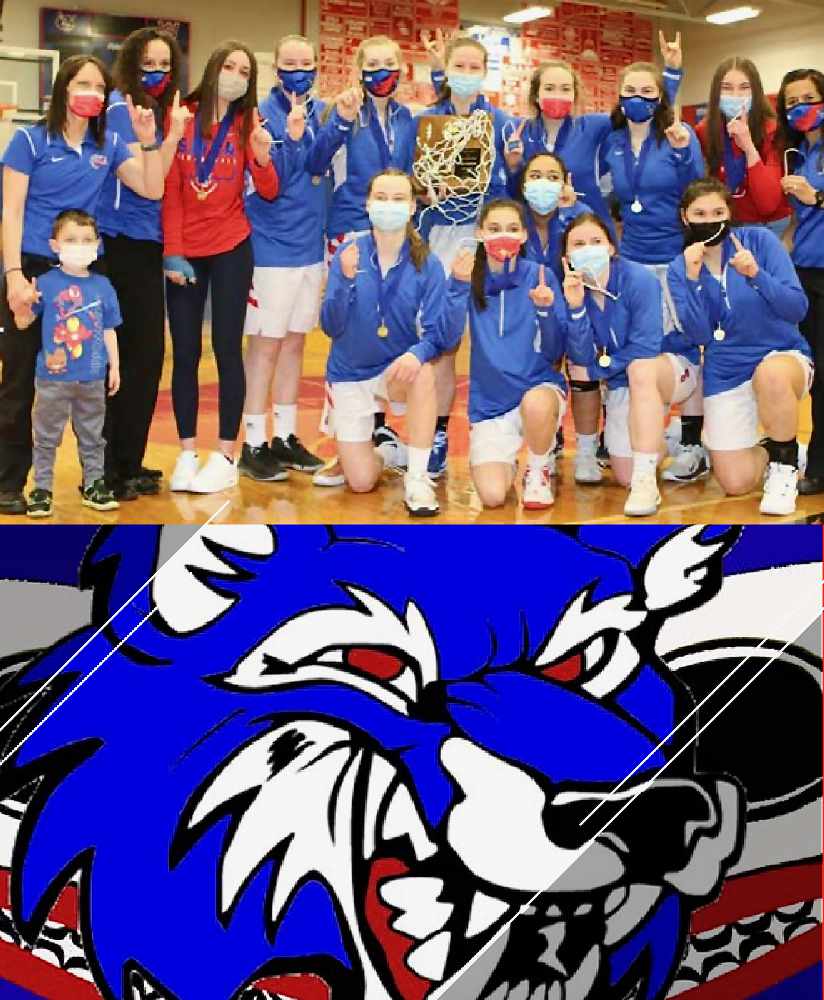 The Sitka Lady Wolves won their opening game at the ASAA March Madness Alaska 3A Girls Basketball State Championships on Thursday and play in the semifinals Friday. (Photo Courtesy ASAA).

The Lady Wolves, representing the Southeast Conference, were never threatened in their 57-27 win over the South Central Conference Kardinals team.

“The girls came ready to play and focused,” Sitka coach Mindy Bartolaba said. “They are excited to be playing here. Offensively, we focused on pushing the ball up the floor and getting the boards. Kenai rattled us a bit coming out of the half with their press, but we were able to regain our composure.”

Sitka built a lead of 18-4 after eight minutes of action and led 32-7 at halftime. They held a 42-15 advantage after three quarters.