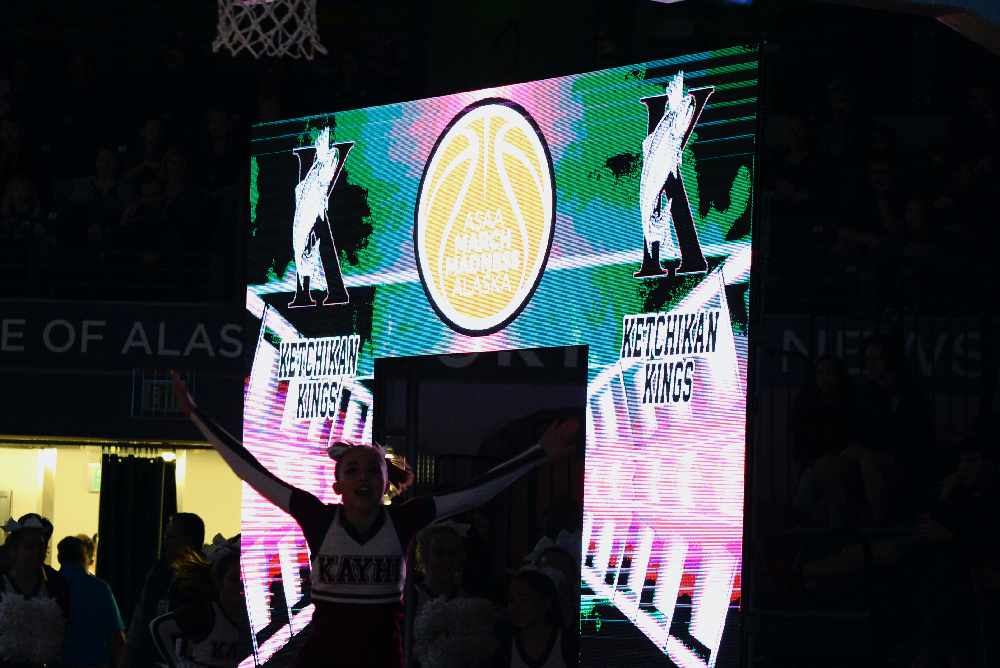 The Kings earned a 65-58 consolation game victory over the West Anchorage Eagles.

“It was a great team effort against a very athletic Anchorage West team,” Ketchikan coach Eric Stockhausen said. “All of our kids got valuable experience today.”

Ten of the 11 Kings scored, led by seniors Josh Gentry and Tyler Slick, who scored 16 and 15 points, respectively.

The Kings trailed 14-12 after the first quarter and the game was tied at 30 after the second quarter.

Gentry hit four of five shots from beyond the arch in the third quarter, including the first nine Ketchikan points of the period that gave the Kings a 39-37 lead, which they never surrendered.

West closed to two points, 45-43, on a combination of baskets by Traivar Jackson, who finished with a game-high 28. But Kayhi’s Gentry, Slick and junior Josh Rhoads scored back-to-back-to-back for a 51-43 lead heading into the final quarter.

West closed to within two points with 5:53 left in the fourth quarter but sophomore Clayton Olstad hit a layup.

The Thunderbirds closed to within one point, 55-54, with under three minutes remaining but senior Kylar Charles and Gentry scored for a 59-54 advantage.

With Ketchikan holding a 63-58 lead and just 10 seconds remaining, Kings sophomore Joeben Lorenzo iced the contest with a pair of free throws, giving his senior teammates a win in the final game of their Kayhi careers.

“I am just very proud of the fact that our group over-achieved and played as a true team,” Stockhausen said.

Ketchikan shot just three free throws and missed none, West hit seven of 12. The Kings hit 16 field goals and 10 three-point shots, the Thunderbirds 10 field goals and seven from beyond the arch.