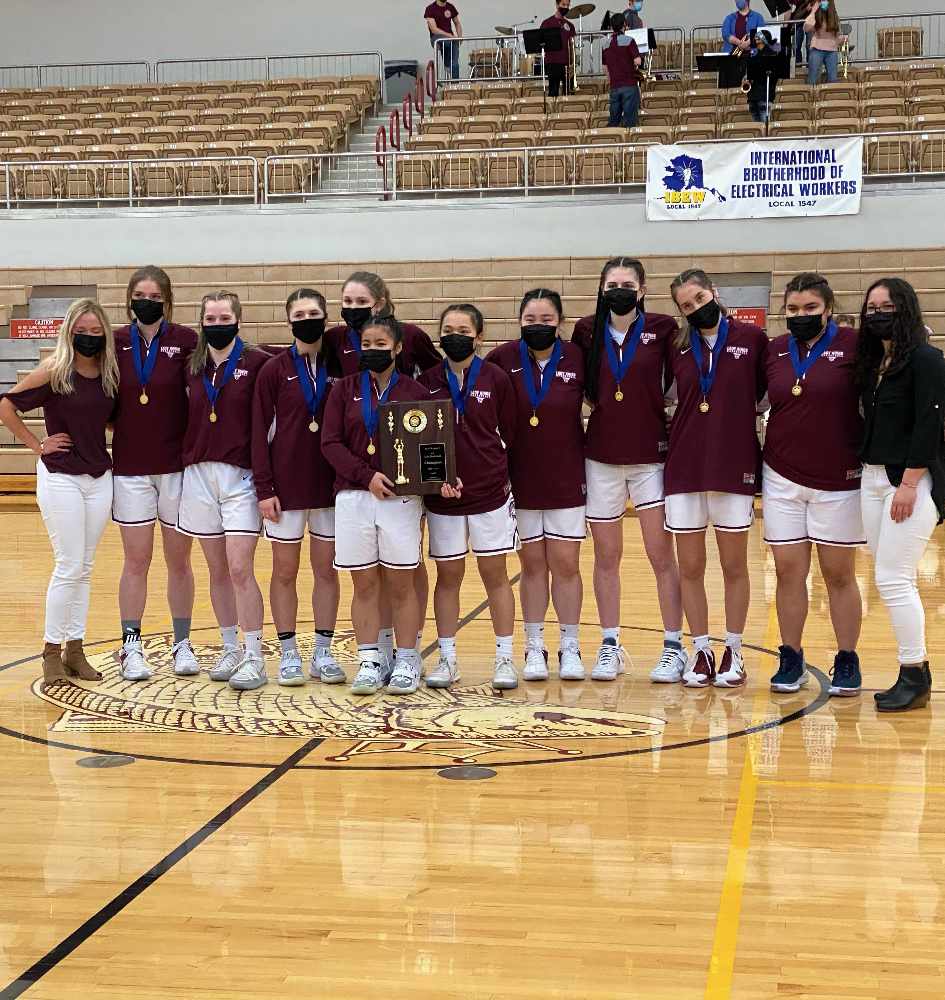 The Ketchikan Lady Kings, shown with their region championship trophy, won their opening game at the ASAA March Madness Alaska 4A Girls Basketball State Championships on Thursday and advance to Friday’s semifinals. (Cour

Ketchikan junior Shaelyn Mendoza got things going in the third quarter with a steal and a basket, and freshman Bree Johnson followed with another steal and threw a behind-the-back pass to Mendoza for another score.

“She made a couple huge plays,” Smith said. “She attacked the zone a couple times and dished the ball out to Jenae (Rhoads) for scores.”

“There was one point in the third quarter where we stole the ball five straight times,” Smith said.

“We just have to hit the reset button,” Smith said. “Every team in the semifinals is better than the one we played today. Bartlett’s point guard is a Division I signee so we have to make things as tough as possible and just stay aggressive. We can’t get out of character now and change a bunch of things.”