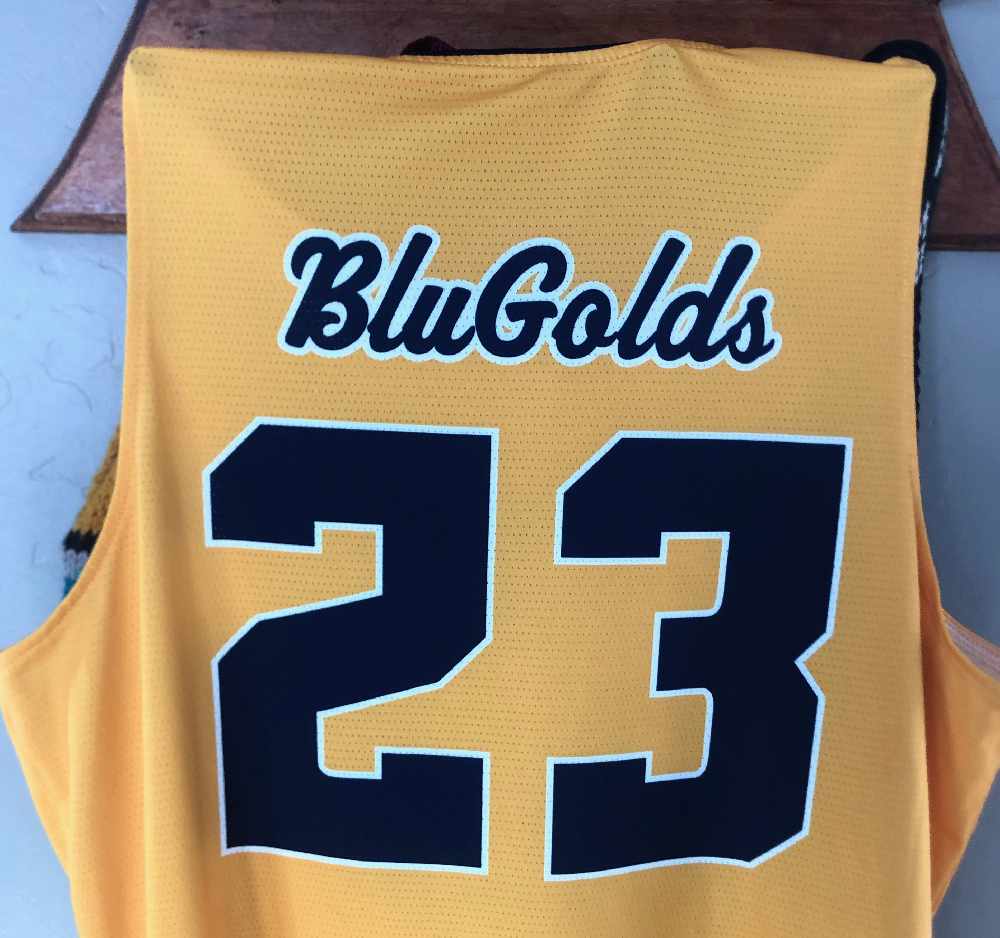 The Ketchikan Kings placed Cooper Kriegmont's summer team jersey on their bench to honor him during the state tournament. (photo courtesy Eric Stockhausen)

...And in just as grand a gesture of sportsmanship and respect the Ketchikan Kings had a yellow jersey on their bench emblazoned with the number 23 when they played at the March Madness Alaska Basketball State Championships in March.

The jersey was placed on the bench between Kings head coach Eric Stockhausen and assistant coach Darryl Simons.

“I told him that was something I wanted to do for him,” Stockhausen said. “So I put his jersey on the bench and had it out the whole game.”

Stockhausen said the team wanted to show respect to Kriegmont and the Region V champion Crimson Bears, whose state title hopes were dashed by their schools COVID travel policy. The policy says if a region hosting the tournament was in a red, or high-alert, status, as designated by the state health department, travel would not be approved.

At that time the health department showed in a press release that the Matanuska-Susitna Region, where the state tourney was being held, was among the areas of the state considered at high-alert status; Anchorage was in that category, too. Juneau was listed in the low-alert category.

“I don’t think anyone is confused about who won regions,” Stockhausen said. “We are just thankful for the opportunities, and it is sad when kids don’t get to do those things, but it is also the real world where policies are made and people follow them.”

Kriegmont said the gesture by Stockhausen was kind and thoughtful.

“He’s a guy that’s always been rooting for me, well before others. He was the coach that suggested I travel with Blugolds two summers ago, and ultimately he’s been in my corner since we met. I have tremendous love and respect for him and what he’s done for me. And the jersey on the chair just shows how much of that is mutual between us,” Kriegmont said.

Stockhausen said the jersey was from an AAU program in which he worked with Kriegmont and other players. After Juneau was not allowed to travel to state, “I just said ‘I would like you to be there with me at least in spirit’ and so I put the jersey he wore for BluGolds between coach Simons (Darryl Simons) and I, just out of respect for him and the great career and season that he and his teammates had.”