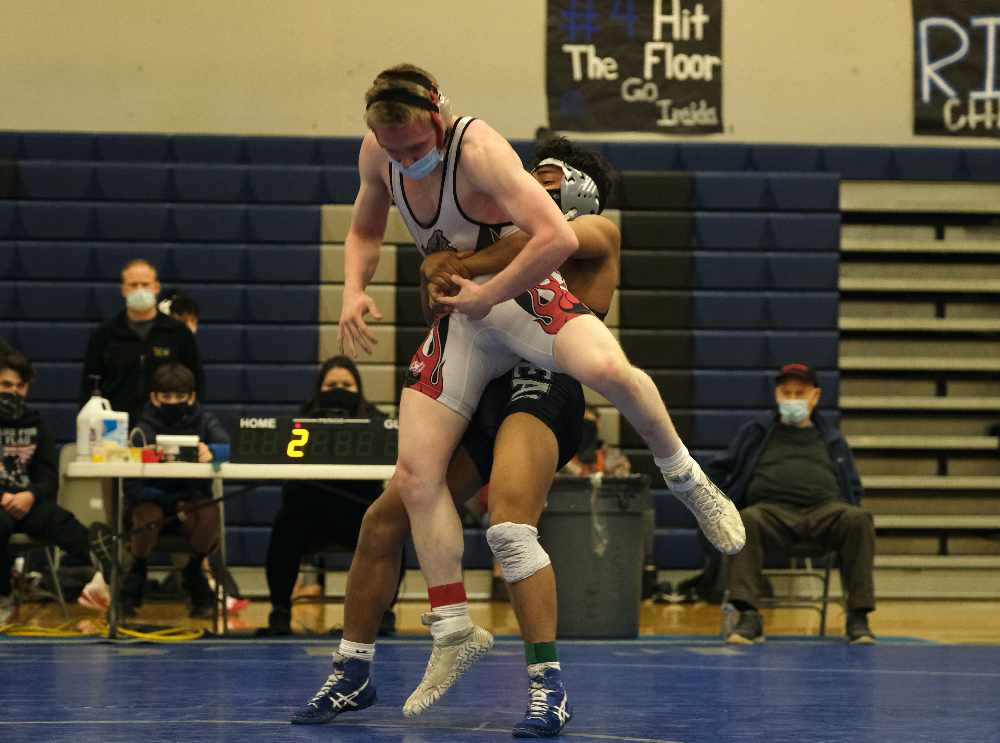 Juneau, Alaska (KINY) - The Thunder Mountain High School wrestling team, representing Juneau, put five grapplers in the finals and seven total on the medal stand in Wrangell over the weekend.

“We are looking better,” Thunder Mountain coach Josh Houston said. “We worked more on some techniques and things we saw in the first tournament and obviously worked on conditioning. It is kind of the same thing for all the teams, everybody looked a little bit better, so the competition is getting better, we are getting better.”

The Falcons wrestle under Thunder Mountain sports but can include grapplers from Juneau-Douglas Yadaa.at Kalé, Yaakoosge Daakahidi, and homeschool students. The team traveled to Wrangell adhering to the Juneau School District, Wrangell School District, and City of Wrangell COVID protocals in which testing was required at the airport.

During Saturday’s finals sophomore Jamal Johnson went 4-0 at 171-pounds and pinned both Wrangell’s Ethan Blatchley and Petersburg’s Jonas Baekklund to take the division.

Houston said all team members were impressive but sophomore Jarrell Williams at 145 pounds stood out over the two-day event.

“He made the commitment to drop a weight class,” Houston said. “He is one of our more inexperienced guys but has a lot of natural ability and has been putting in the extra work and working really hard to try to make himself better and stay competitive and I think that paid off for him this weekend. He was able to overcome a loss from the first night by the second day, and I think we are going to see good things out of him going forward as he gets more experience and starts to understand the sport better.”

Montez did score his first win of the season in Friday’s mix and match portion of the competitions where wrestlers are allowed to grapple a variety of opponents to earn valuable experience.

Nate Houston dropped from the 130 to the 125 division but tournaments have combined the two weight classes in the early stages of the season.

He said the work of getting down to 125 and the toll it takes on his body becomes further compromised by wrestling heavier opponents.

“I still wrestle the same style when wrestling,” he said. “I just go out there and work the moves I know and what will work best on the kid depending on how strong he is or how fast he is. Even if the kid is stronger than me or faster than me I keep going because I know my teammates are out there wrestling all these kids and giving their best shot and I don’t want to be the man who doesn’t do anything.”

TMHS has a two-week break before their next competition at Ketchikan on April 24. On April 23 Ketchikan will host the small schools Region V wrestling tournament and those schools will stay on the mats the following day to add more competition for Kayhi’s Bill Weiss Invitational.

“We are going to have to put in some hard work and hopefully keep up and surpass the other competition and whatever they are doing when we meet up again in two weeks,” coach Houston said.

Alaska’s high school wrestling season, which typically is a fall and winter sport that lasts for eight weeks, was pushed to the spring due to the novel coronavirus pandemic and is scheduled to run until mid-May.

Here are the finals results from Saturday’s Tom Sims Invitational at Wrangell: 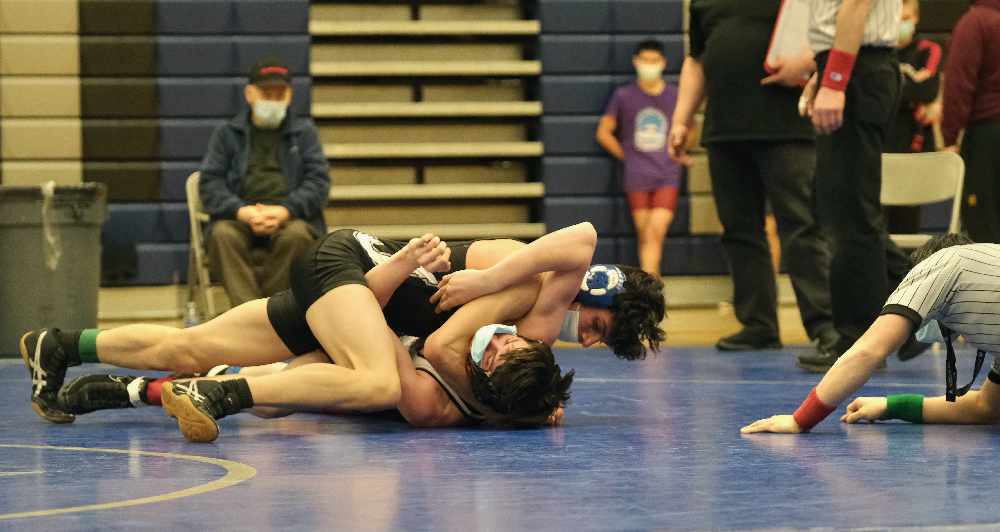 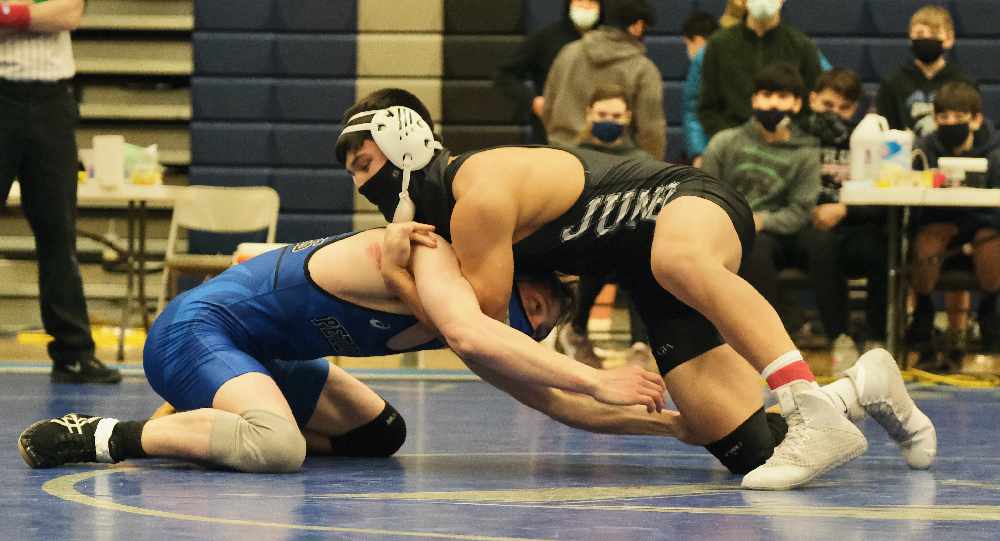