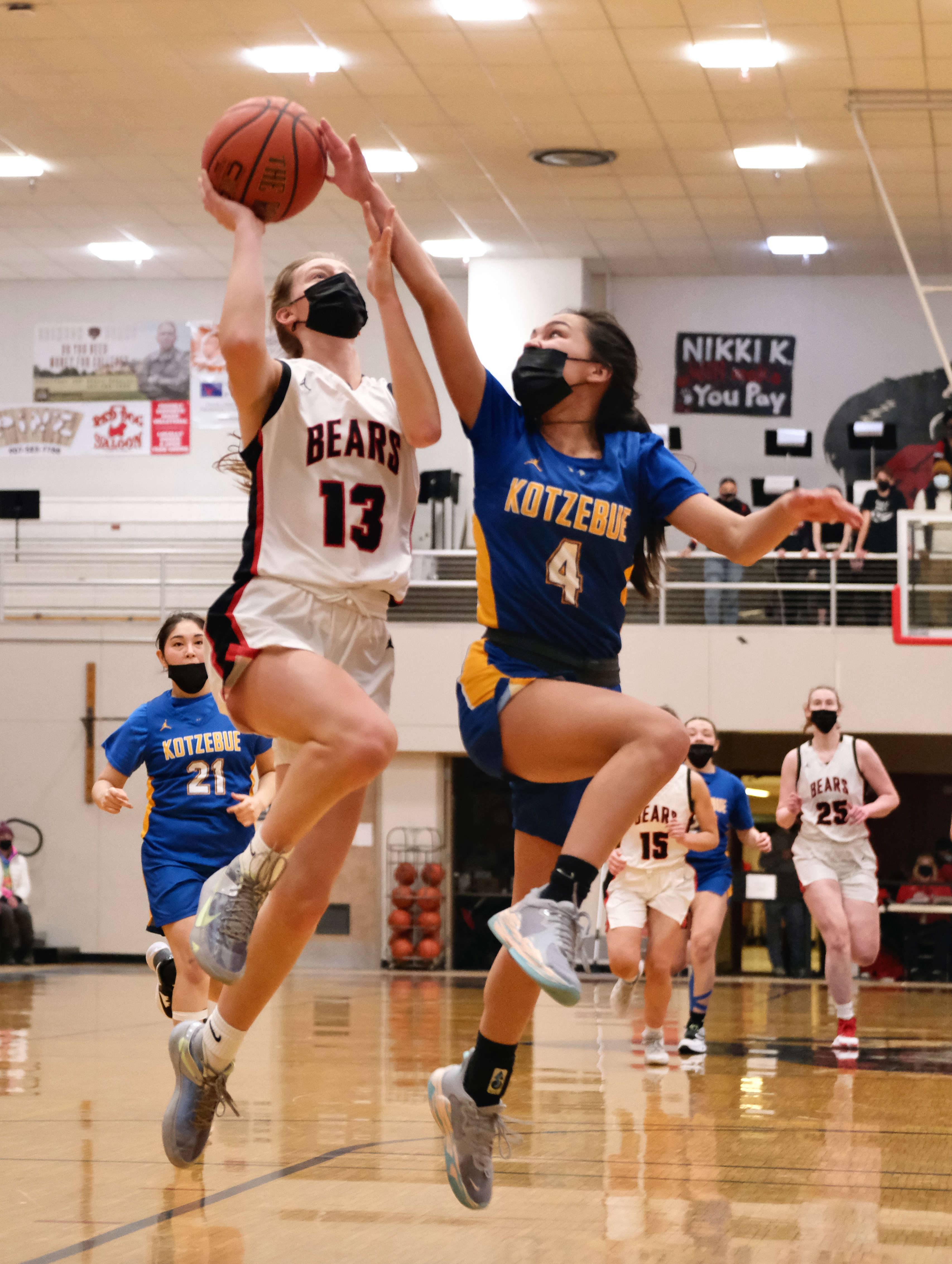 Juneau, Alaska (KINY) - The Juneau-Douglas Yadaa.at Kalé girls basketball team were too strong for the Kotzebue Huskies, posting a 59-17 win in the 2021 Princess Tours Capital City Classic on Monday at the JDHS gym.

“Our last home game was not a win so we have to change the mojo a little bit there I guess,” JDHS coach Steve Potter said. “For all of our games to start the season it is not so much about what other teams are trying to do it is about what we are trying to do. Obviously we weren’t trying to run it up but we have things that we are working on so we continue to work on those things.”

JDHS jumped out to an 11-4 lead in the first quarter behind senior Rebekah Grube and junior Skylar Tuckwood from the field and two free throws from junior Kiyara Miller and a strong pressing defense.

Juniors Ashley Laudert, Carlynn Casperson, Miller and Tuckwood, and seniors Gabrielle George-Frank and Grube all scored in succession to end the second quarter.

“I talked with their coach before the game and she said she graduated a lot of really strong players,” Potter said. “So she had a pretty young squad out there. And obviously we are pretty experienced, that definitely showed.”

Tuckwood had a string of 12 straight baskets at the end of the third quarter, including three straight steals, and Grube hit a jumper for a 53-8 advantage after three periods of action.

Senior Erlyn Penalosa and junior Izzy Waters put in the final six points in the fourth quarter for the Crimson Bears.

The Huskies found their range in the final period with Destiny Hoffman, Starr Thomas and Lindsy Greene all hitting the bottom of the net.

“I thought on the offensive end when we reversed the ball we shot really well,” Potter said. “And when we didn’t, we did not shoot the ball very well. And I want us to play good defense and I thought we did that pretty well tonight.” 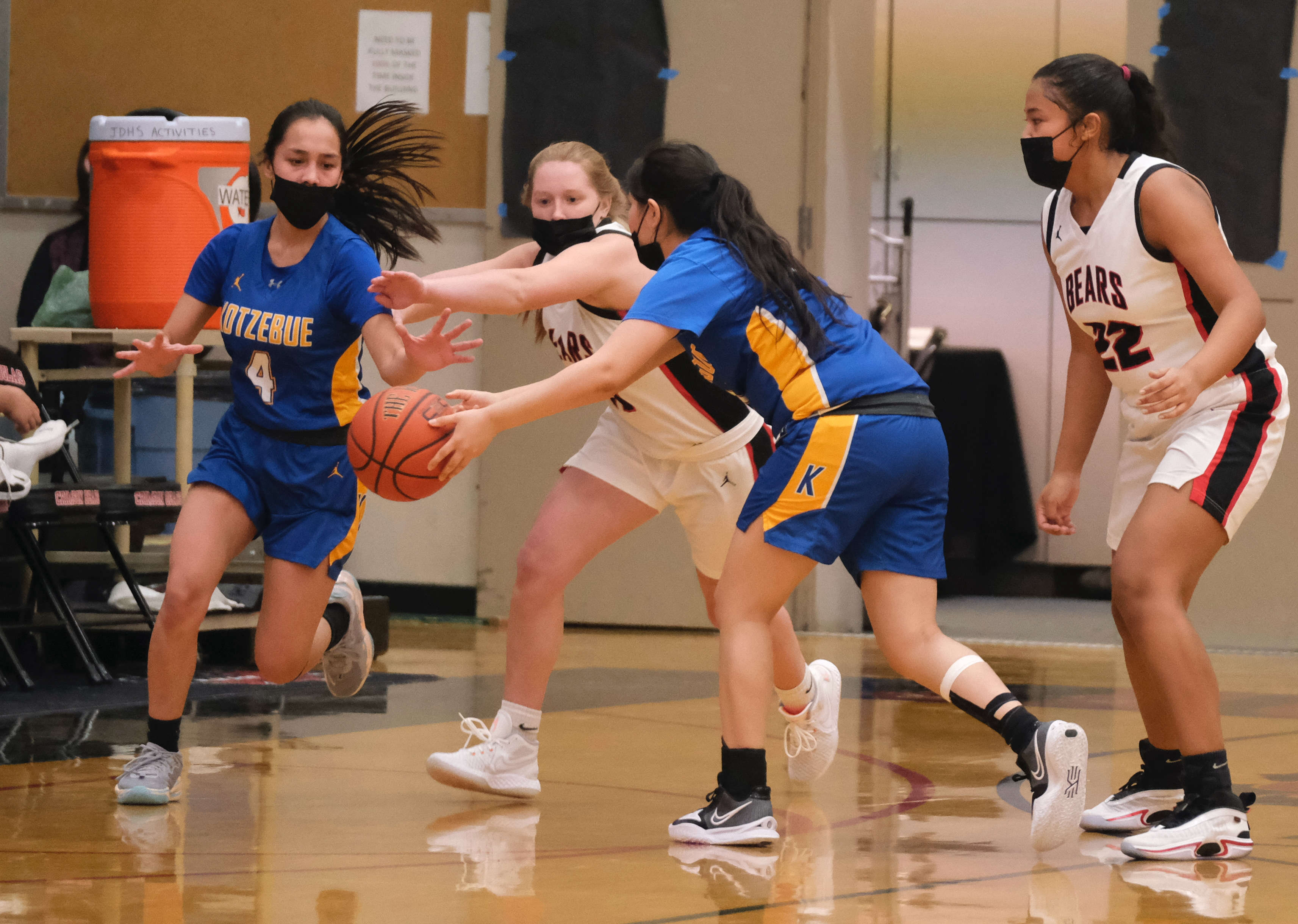