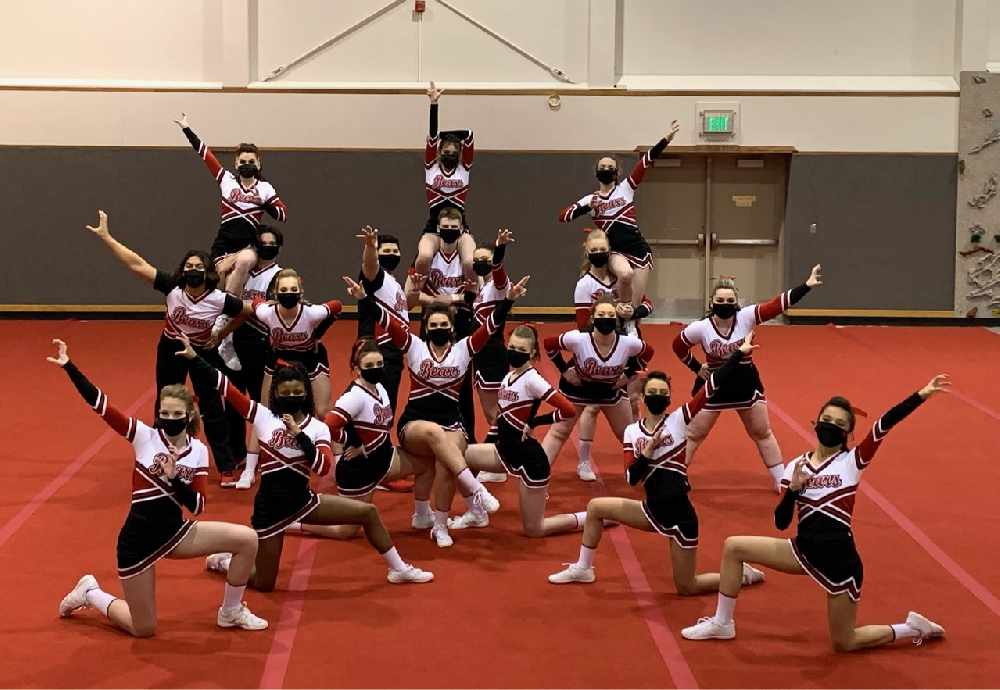 “It is like full circle for seniors,” JDHS senior Katrina Taton said. “Especially because we came in our freshman year, and we won state as well and we really wanted to go out winning. We are just so grateful to even participate because there are a lot of schools that weren’t able to.”

For the virtual competition teams were scored on the following events: Sideline Cheer, Time Out Cheer, Situational Cheer and Routine.

Nore said the team had a goal this season of winning regions and state.

“We lost the Region title last year and we couldn’t compete last year due to COVID at the State level,” she said. “With a short season, we knew we’d have to work hard. We took advantage of competing virtually and used the judge’s feedback to improve and make changes. Each opportunity to compete helped us reach our goals.”

Nore said the team was thankful for the opportunities and support from their families, school and the school district.

The Crimson Bears cheer team placed well in other events the season.

Taton said the amount of support for the cheer team was amazing.

“Especially because cheer isn’t really respected in some places so we are really grateful to have our family and friends and our school to root for us so much,” she said. 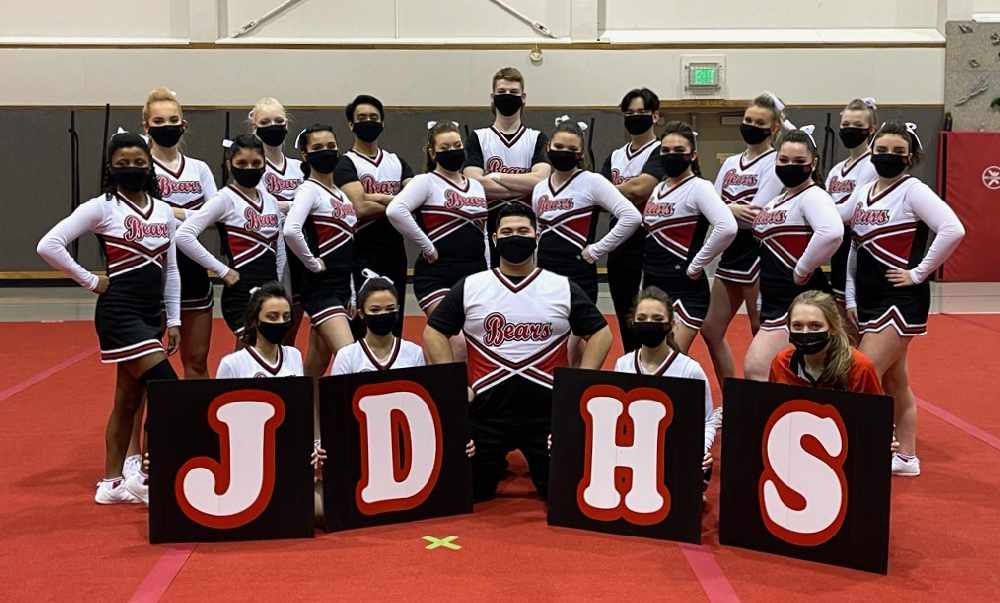 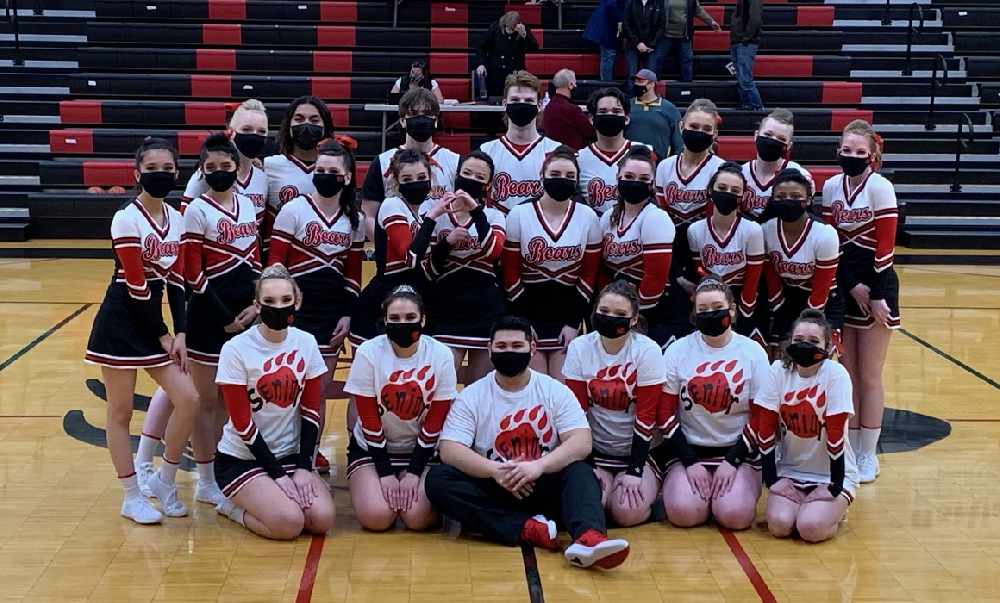