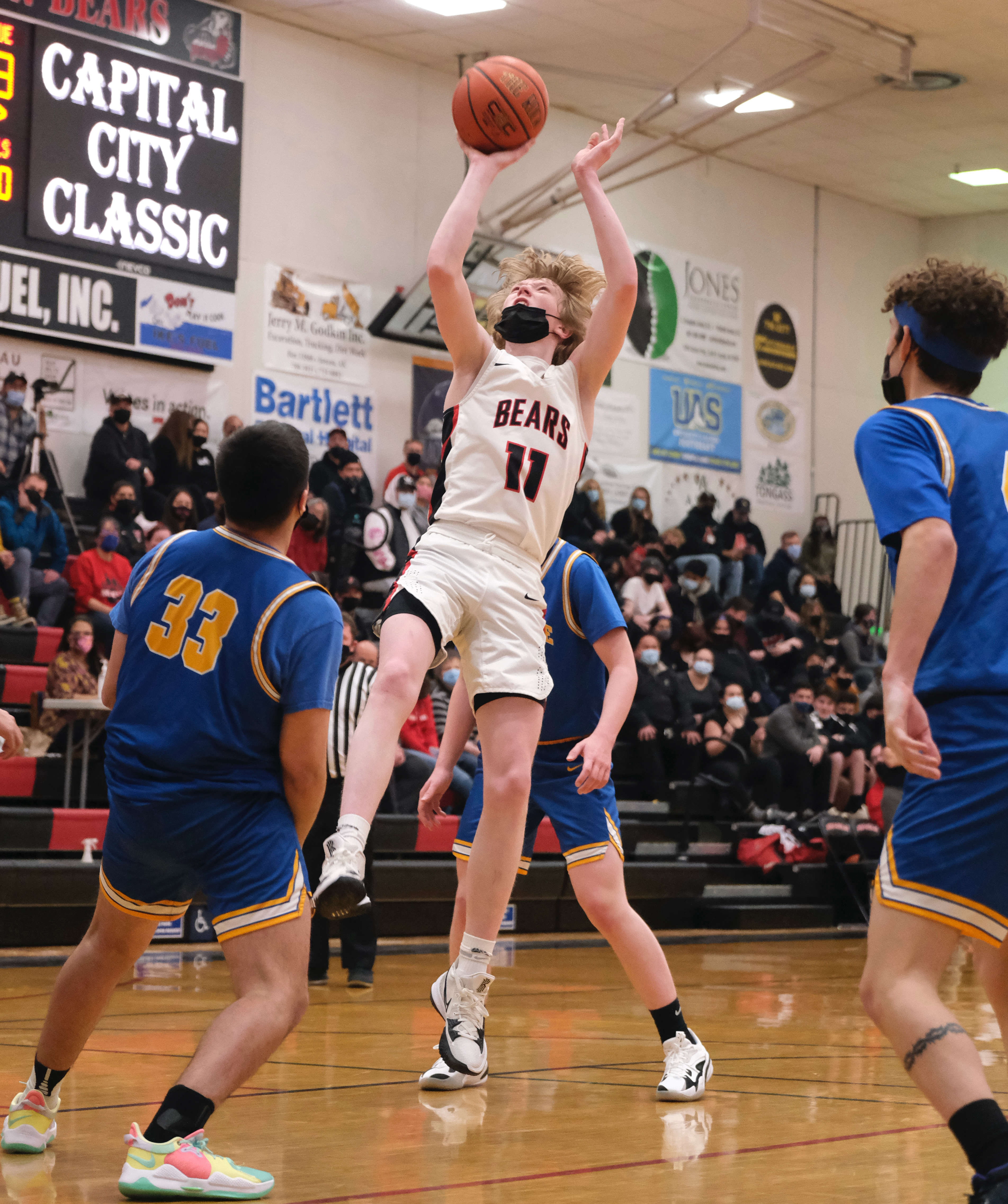 Juneau, Alaska (KINY) - The Juneau-Douglas Yadaa.at Kalé boys basketball team were running on all cylinders and in tune for the Kotzebue Huskies, posting a 76-39 win in the 2021 Princess Tours Capital City Classic on Monday at the JDHS gym.

“It was great to get the jitters out and have an opponent that was going to play really hard against us,” JDHS coach Robert Casperson said. “It was really nice to see us respond to that challenge.”

JDHS sophomores Sean Oliver and Alwen Carrillo and junior Kai Hargrave put the Crimson Bears up 8-0 before a minute had elapsed in game time. Junior Orion Dybdahl and Carrillo added buckets off rebounds and the Crimson Bears were on their way to a 20-7 advantage with three minutes remaining in the period and finished with a 22-13 lead starting the second stanza.

“I thought we moved the ball really well tonight,” Casperson said. “Guys were looking to get each other open and we found a lot of layups.”

JDHS’ Oliver hit a basket and was fouled to start the second period and Dybdahl blocked the next Kotzebue shot to start a fast break that ended with senior Tias Carney scoring on a layup for a 28-13 advantage. After a Kotzebue three by sophomore Zachary Roetman the Crimson Bears outscored the Huskies 16-8, including two deep shots by Carney, for a 44-23 lead at the half.

JDHS was too strong inside in the second half, taking a 69-30 advantage after the third quarter.

Kotzebue junior Devin Sheldon tried to bring the Crimson Bears defense outside with his third 3-point shot of the game in the fourth quarter but JDHS’ bench kept the pressure on until the buzzer.

“I thought we went to the glass really well,” Casperson said. “We had some size and we didn’t expect to get a rebound because we were tall, we actually went to the glass and caused some problems for them. That was a nice change for us and we are going to need that moving forward because both of our next two opponents have a lot more size.”

To play Eagle River, Casperson said “Everyone needs to get about three inches taller, put on about 20 pounds of muscle, because those guys were big and strong today when we watched them play. We’re going to just keep working on moving the ball and trying to create mismatches where we can and then see what opportunities present themselves.” 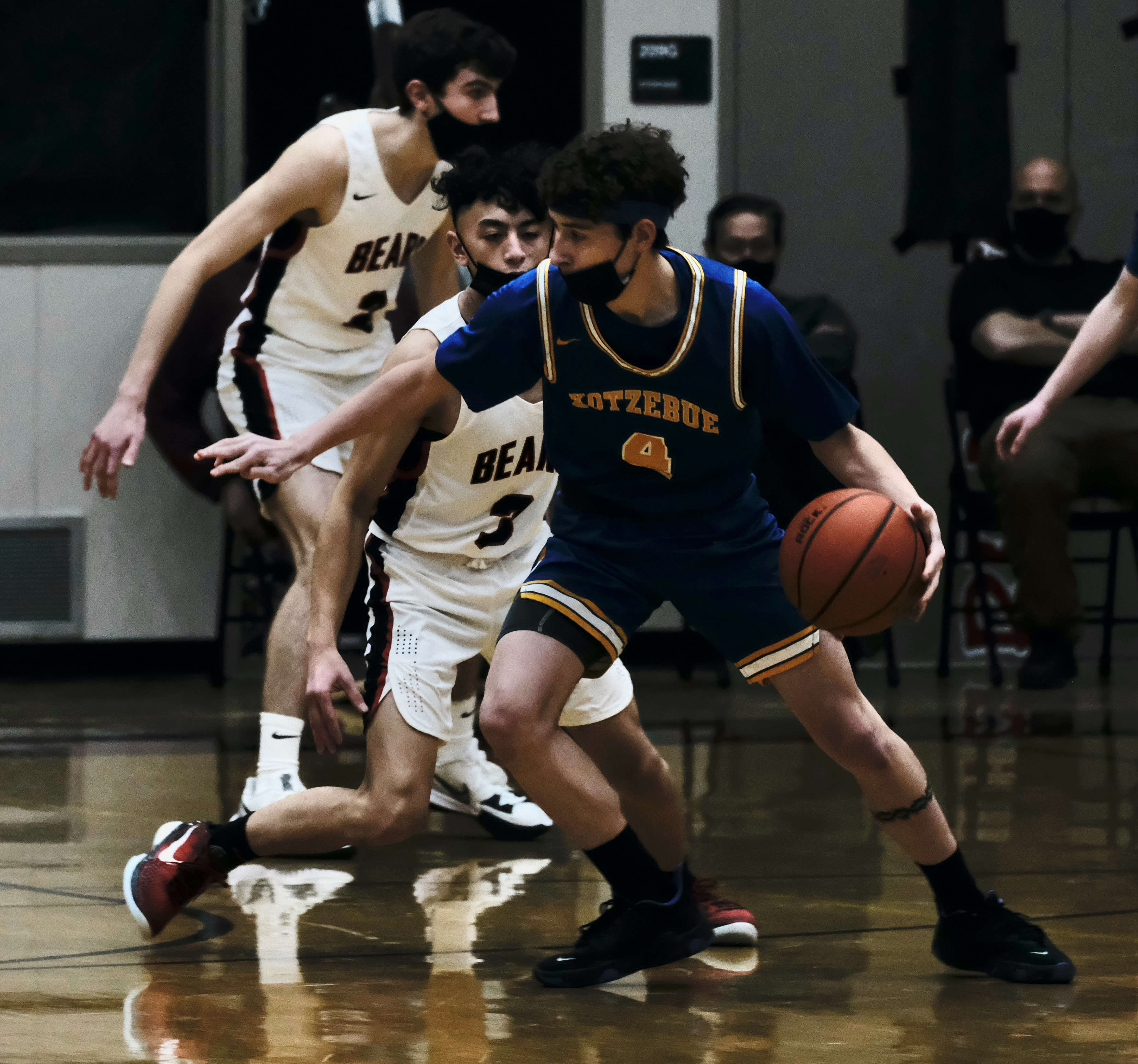