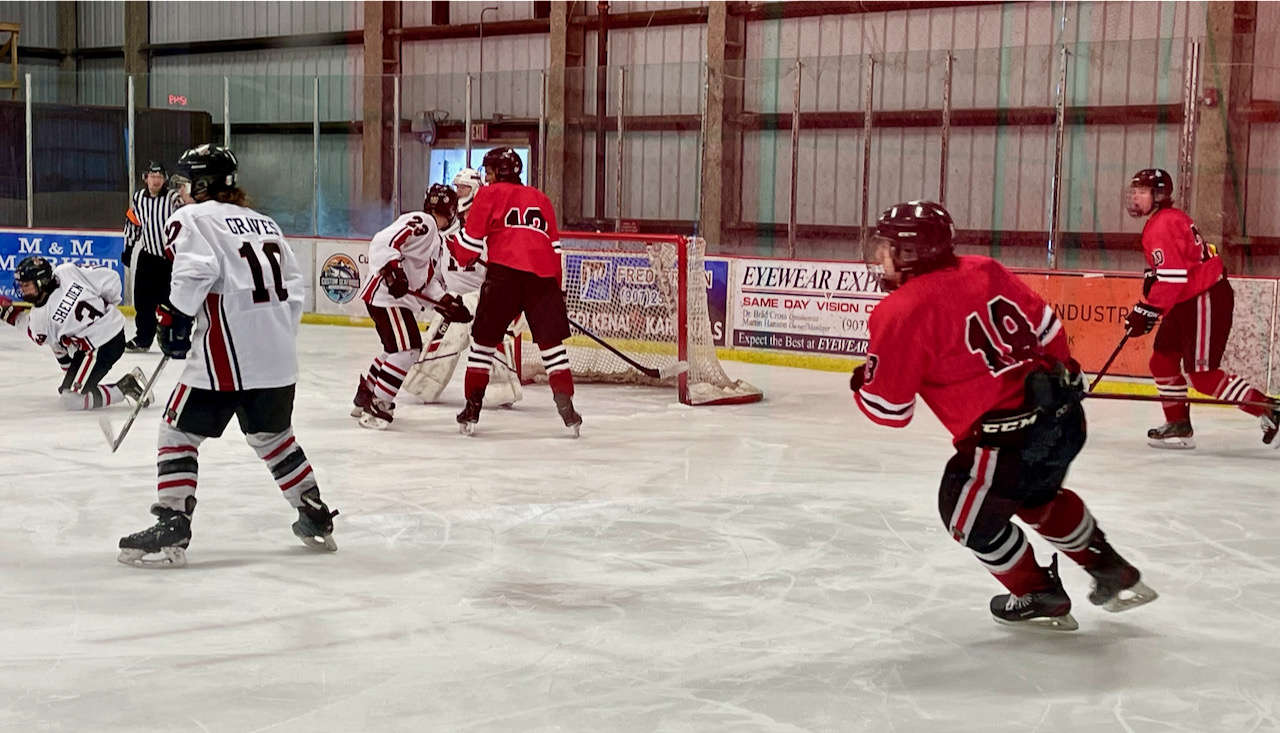 Juneau, Alaska (KINY) - The Juneau-Douglas High School: Yadaa.at Kalé hockey team finished their road trip to the Kenai Peninsula with some valuable experience and strong competition but three losses to Railbelt Conference opponents, including falling to Soldotna 4-3 on Friday and 3-1 to Kenai on Saturday.

Stat sheets for Friday and Saturday games were not available by publication time. Look for a story and interview soon at kinyradio.com. JDHS also lost to Soldotna 4-2 on Thursday. A story on that game is on kinyradio.com.

The DII state hockey championships are Feb. 3-5 at Wasilla’s Curtis Menard Sports Complex. The top three teams from the Railbelt and Aurora automatically qualify. The two at-large bids are decided from a pool of the fourth and fifth place finishers in those conferences.

The winner of the DII tournament advances to play in the DI hockey state championships Feb. 10-12 at Wasilla.