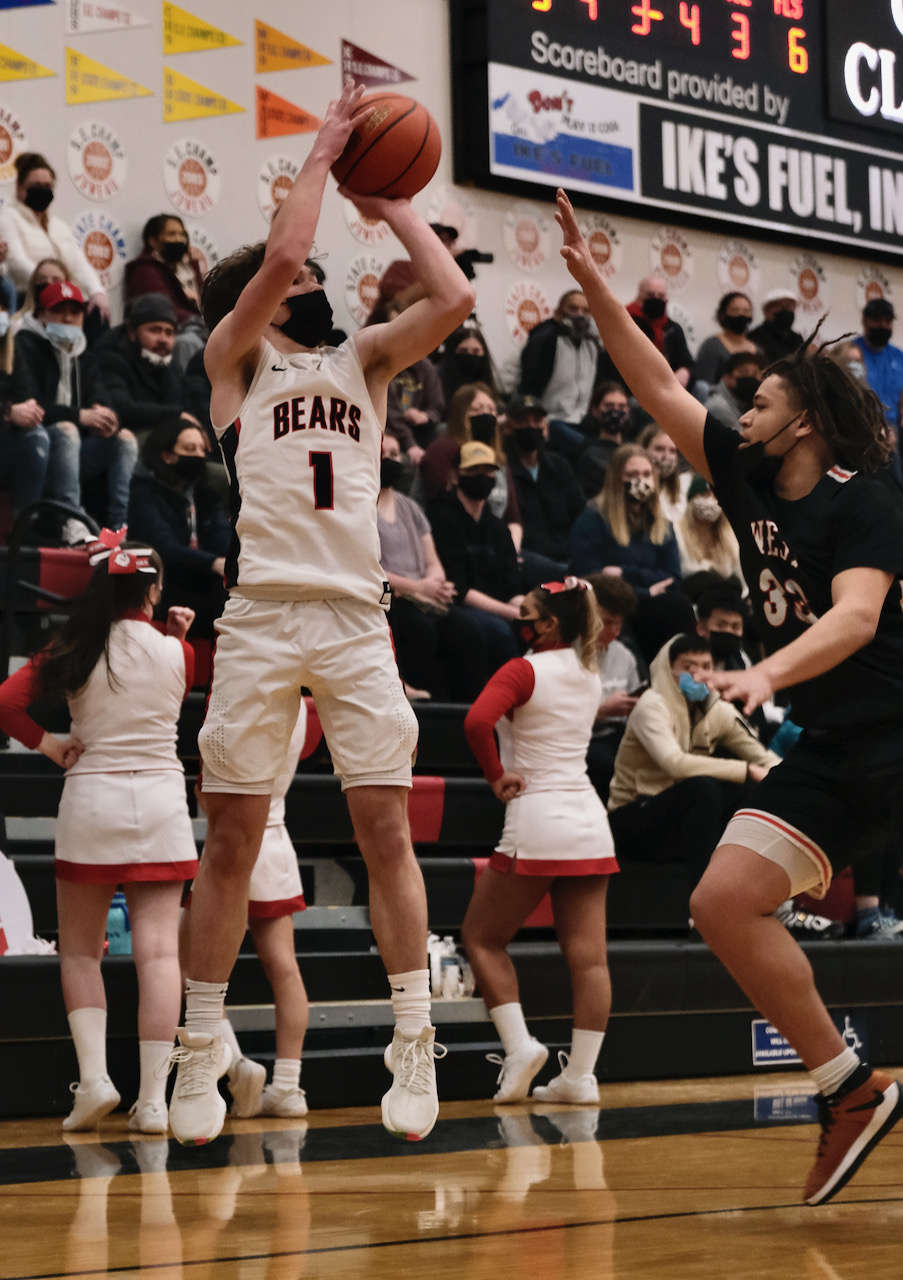 “We talked about trying to use their strengths against them, trying to turn them into weaknesses,” JDHS coach Robert Casperson said. “Pass fakes, shot fakes, getting them out of position and things like that. Sometimes we were successful, other times we weren’t, but, yeah, they are good. I don’t think the final score is indicative of how good they are and what they are going to end up doing when they get back to conference.”

JDHS sophomore Alwen Carrillo and junior Joseph Aline closed the gap to within two, 9-7, but West junior Trey Breland scored inside and classmate Dean Laxa hit from past the arch for a 14-7 Eagles first quarter lead.

JDHS pulled to within one point, 20-19, as sophomore Sean Oliver hit a pair of free-throws and found his range with a pair of shots from past the arch and seniors Tias Carney and Porter Nelson picked up steals.

West’s Bement hit for two and JDHS junior Chris Harris answered with a three to tie the score at 22-22.

West junior Xyomar Velez gave the Eagles the lead but JDHS junior Orion Dybdahl picked up a loose rebound for a last second score to tie the game at the half, 24-24.

“In the first half I was really appreciative that we were able to keep it close,” Casperson said. “It felt like going into halftime tied, really was a big win for us. I didn’t feel like we played well, we had a lot of turnovers to start the game, just empty possessions. West did a great job of getting physical with us and they are quick in the passing lanes. It disrupted the things that we wanted to do. We talked about how we wanted to come out in the second half and I appreciate that even through a slow start in the second half with more turnovers, we really committed to defense and communication and rebounding.”

The second half played to the Crimson Bears’ strengths.

“We went south, and they went north,” West Anchorage coach Josh Muehlenkamp said. “We didn’t handle their adjustments well. He (Casperson) went from a Dimond press in the first half and we killed the Dimond pressure because we were ready for that. And then he went man and we had issues with man pressure. And then he went Trap and we just got flustered and we didn’t hold our composure. We didn’t understand that just because he is changing defenses we don’t have to be all rushed. It comes from coaching. I have to coach better.”

JDHS’ Carney hit a layup and Oliver two-of-three free-throws with a minute gone in the third quarter for a 28-24 lead that the Crimson Bears never relinquished. A steal and score by Nelson ignited an 19-8 run that put JDHS up 47-32 with seconds remaining in the stanza. West junior Willie Zamora beat the buzzer to cut the lead to 47-32.

West opened the fourth quarter with a basket by Laxa but the Eagles would get no closer the rest of the game.

“I think we can play really well in spurts,” Muehlenkamp said. “We have got to make sure our spurts are long and our valleys are shorter. Tonight we had a nice spurt and then we went for a valley for, like, two-and-a-half quarters. And that’s the mental aspect of the game.”

JDHS’ Harris was fouled on a shot past the arch that hit nothing but net and he added the free-throw for a 51-36 advantage. The Crimson Bears outscored the Eagles 17-12 down the stretch with Oliver hitting six free-throws and a basket for JDHS, Carney three more from the line, Dybdahl a shot inside and junior Caden Mesdag putting the final team points in. West was aided by two deep shots by Zamora, and scores by Bement, Breland and Velez.

“We saw steady play again from our sophomores, especially Sean Oliver,” JDHS coach Casperson said. “We got a nice lift from Porter Nelson and Chris Harris coming in off the bench and I thought they played really well tonight. Conference is going to be a whole other animal because the kids know each other so well. It’s always just a knock down drag out battle. Those games are great and so much fun. We are going to try to just keep playing consistently. I think what we are starting to learn is that a consistency of effort and execution is what it takes to be successful at the varsity level. And it seems like up to this point we are pretty quick studies. They guys are hungry to learn and eager to compete.”

The Eagle River Wolves won the title earlier in the day with a 73-21 win over Kotzebue. The Wolves were undefeated in the tourney with wins over West 62-57 and JDHS 70-62. Both JDHS and West defeated Kotzebue in early games.

“Our kids were excited because of the adversity,” he said. “The only people that liked us was Kotzebue, and they left early because they had a plane to catch. And so when the only people that like you leave early then you are battling. And how are you going to respond to that. It’s that adversity and that’s why you come here, and that’s why you come play good teams and play in great environments. So you can see how kids handle adversity.” 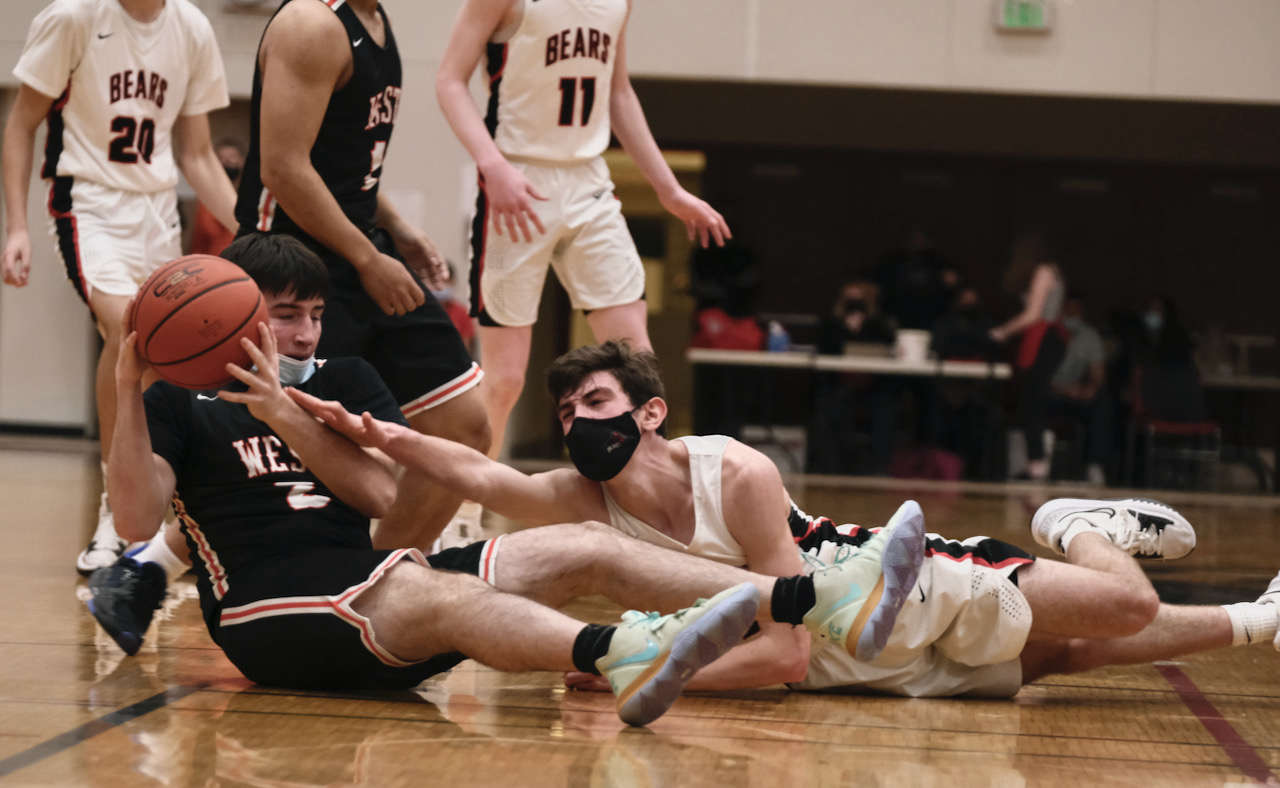 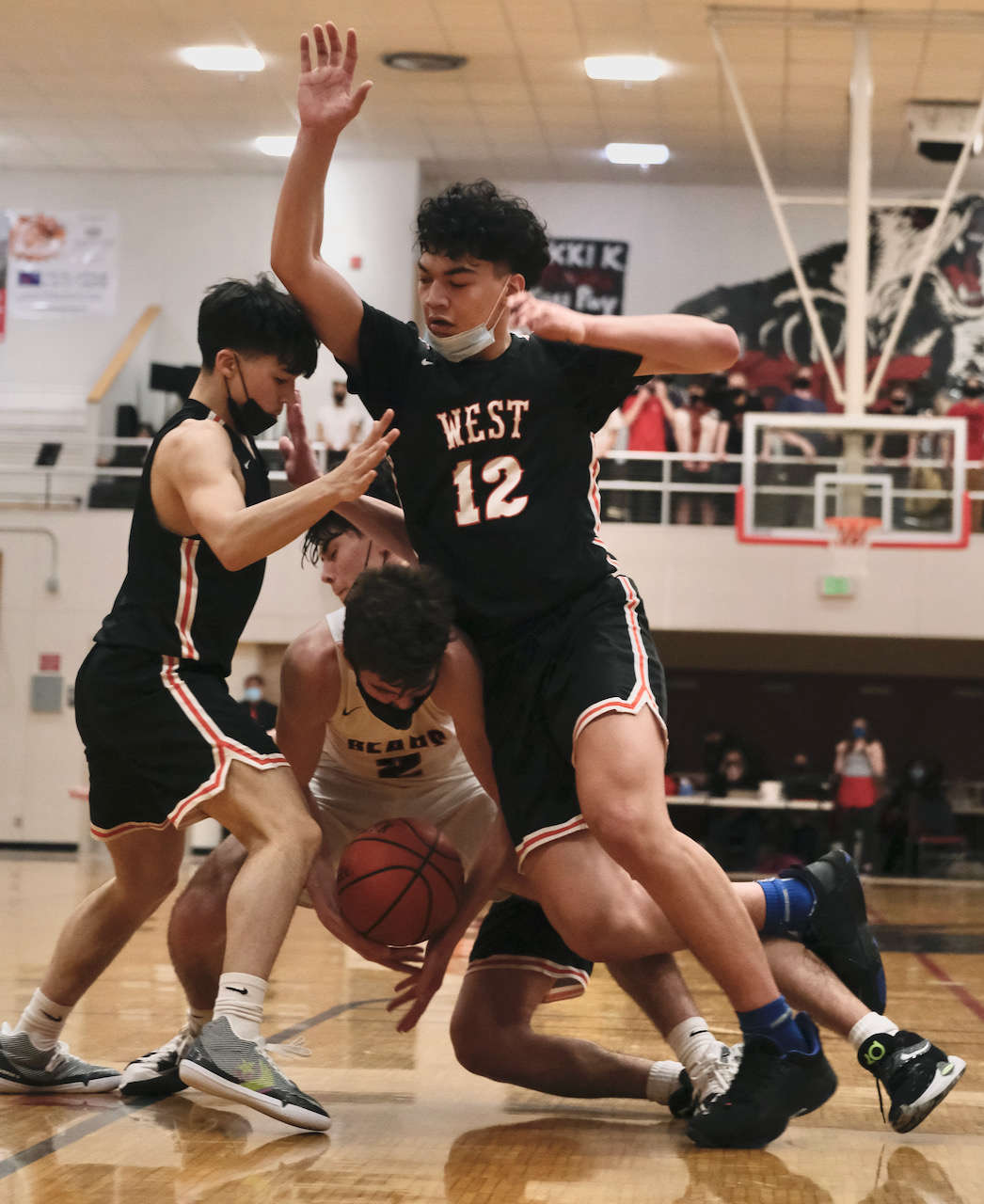