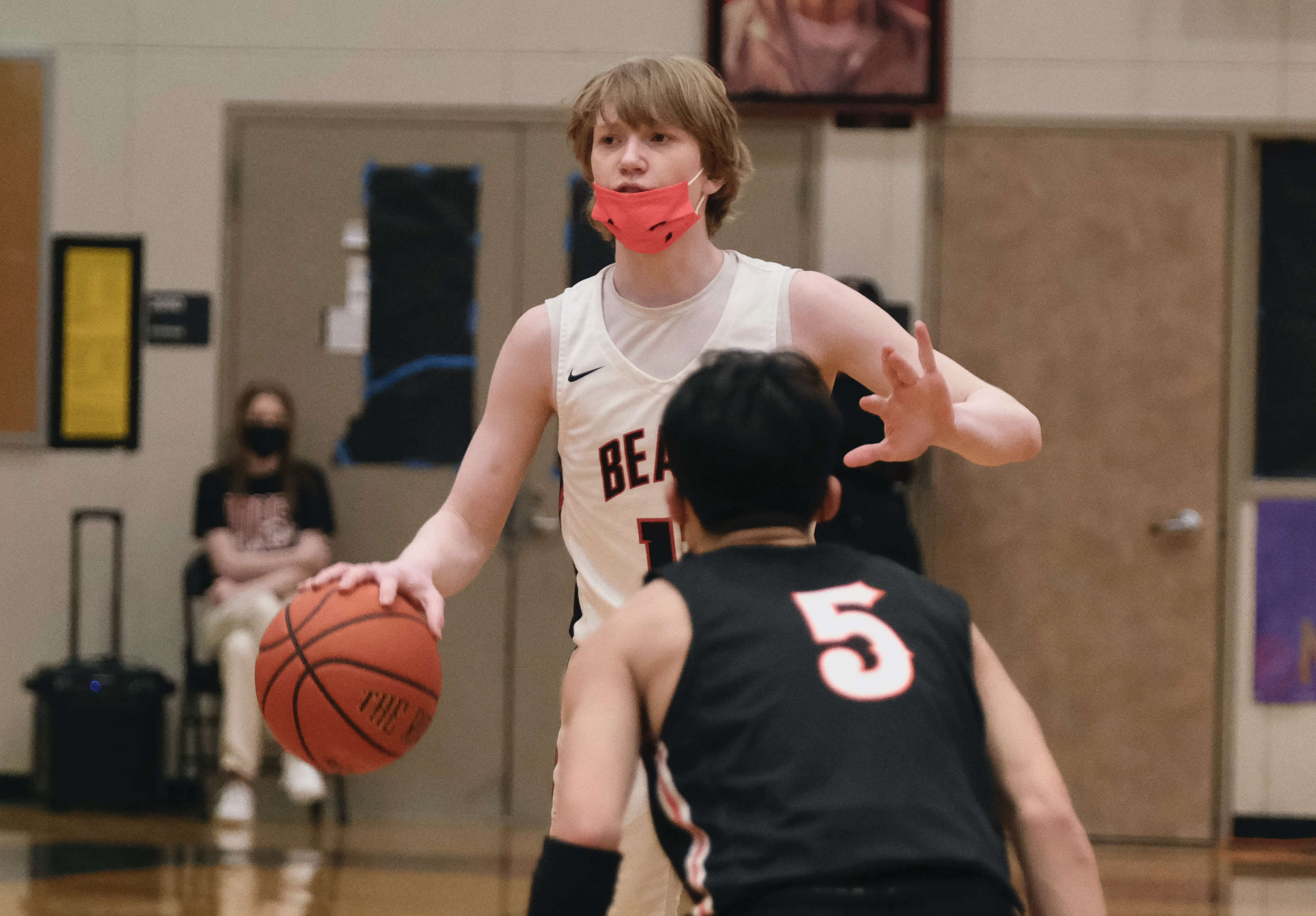 JDHS sophomore Sean Oliver, shown in an earlier tournament at the Crimson Bears den, led the team in scoring against Colony in the Alaska Airlines Classic on Saturday at West Anchorage.