I Picked the Right Game to Watch 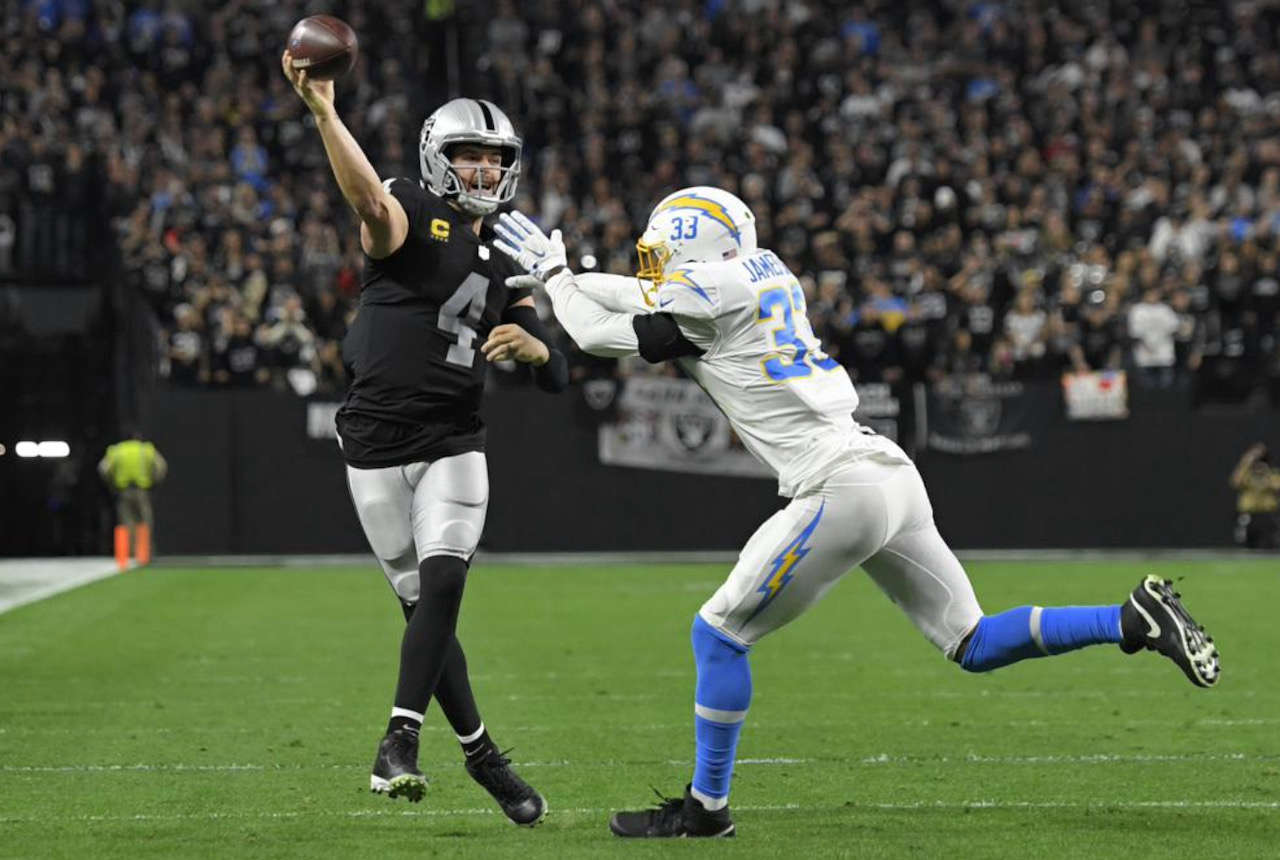 I don’t watch a lot of professional sports unless they are in playoff mode, and then I still wait until I feel like each player, no matter the sport, is playing like they still think this is their senior year in high school. You know… for the love of sport, not money.

At any rate, the last game of the NFL regular season (272 games through 18 weeks to be exact) came down to a last play with no time on the clock, in overtime, and the players on both sides responded like this was the Texas State High School Championships. That said, here’s the professionals report of what lies ahead in the playoffs:

AP (Rob Maaddi) - Derek Carr and the Las Vegas Raiders played to win, knocking the Los Angeles Chargers out of the playoffs and sending the Pittsburgh Steelers to the tournament.

The NFL’s playoff field was set when the Raiders locked up the final wild-card spot by beating the Chargers in overtime in a wild, winner-take-all game Sunday night.

The Raiders could’ve punched their ticket to the postseason — and given the Chargers a spot — by taking a knee on the final play. Instead, Daniel Carlson kicked a 47-yard field goal as time expired in overtime for a 35-32 win.

The Steelers extended Ben Roethlisberger’s career with an overtime win of their own and had to wait to make sure the Chargers-Raiders didn’t finish in a tie.

The 49ers also needed overtime to advance to the playoffs.

Tom Brady and the Tampa Bay Buccaneers didn’t let up against Carolina, and the reigning Super Bowl champions earned the No. 2 seed when Jimmy Garoppolo rallied San Francisco past the Rams.

An NFC championship rematch against Aaron Rodgers in Green Bay is in line if the Buccaneers and Packers keep winning.

First, Brady and the Bucs face rested Philadelphia, while Green Bay has a week off.

“This is our toughest opponent all year,” said Brady, who lost to Nick Foles and the Eagles in the Super Bowl four years ago with New England. “We’re playing a team that’s very talented and made it to this point for a reason. We have to do everything we have to do to get the win. This is a football team that has been playing really well, good on offense, they have a very good defense, good front, very healthy. It’s going to be a very tough game.”

Tennessee fought off Houston to secure the AFC’s bye, pushing the two-time defending conference champion Chiefs down to the second seed.

Lowly Jacksonville upset Indianapolis, paving the way for Roethlisberger and the Steelers to get in with a victory at Baltimore.

Here are the matchups and how things may go next weekend:

Joe Burrow led the Bengals from worst to first in the AFC North and got a chance to skip the last game while Carr and the Raiders survived a late comeback to win their fourth straight to advance.

Burrow, dynamic rookie receiver Ja’Marr Chase and Pro Bowl running back Joe Mixon present a tough challenge for the Raiders, who were gassed by the end of their 70-minute marathon against Los Angeles. Cincy hasn’t won a playoff game in 31 years. The Raiders last won a playoff game in 2003. Both teams are due. Burrow and the Bengals get the edge because they’re rested.

Josh Allen led the Bills to the AFC title game last year and they’re back in the hunt for the third straight year with something to prove. Bill Belichick is seeking his first playoff win without Brady in New England. He should still be looking for it after this one.

The Eagles have come a long way since a 28-22 home loss to the Buccaneers in Week 6. Rookie coach Nick Sirianni and second-year QB Jalen Hurts led Philly back from a 2-5 start to an unlikely playoff berth. They did it by relying on the run. But Tampa has one of the league’s stingiest run defenses, led by nose tackle Vita Vea.

The banged-up Bucs lost key players down the stretch to injuries and Antonio Brown to drama. They still have Brady and he’s enough. He led the NFL in yards passing, TDs, completions and attempts at age 44.

It’ll be difficult for the Niners to keep up with Dak Prescott, Ezekiel Elliott, CeeDee Lamb, Amari Cooper and the Cowboys’ star-studded offense.

Roethlisberger got a chance to play one more game, but his last one should come in Kansas City. Patrick Mahomes and the Chiefs went on a roll after a rough start. Mahomes has Travis Kelce, Tyreek Hill, Mecole Hardman and too many options for the Steelers to contain.

The first Monday night playoff game features another matchup of division rivals. Like the Patriots and Bills, the Cardinals and Rams split in the regular season with each team winning on the road.

Arizona missed an opportunity to win the division by losing at home to Seattle. The Cardinals went 4-6 after a 7-0 start. It’s a new season now. Kyler Murray led Arizona to an impressive road win at Dallas in Week 17, and the Cardinals need James Conner to play after leaving with injured ribs against the Seahawks.

Matthew Stafford joined the Rams looking for playoff success. He seeks his first career postseason win with a superstar cast surrounding him led by Cooper Kupp and Odell Beckham Jr. on offense and Aaron Donald and Jalen Ramsey on defense. Even though Los Angeles has played better on the road, Stafford should finally get that win and keep alive the possibility the Rams can become the second team to play a Super Bowl in their home stadium.