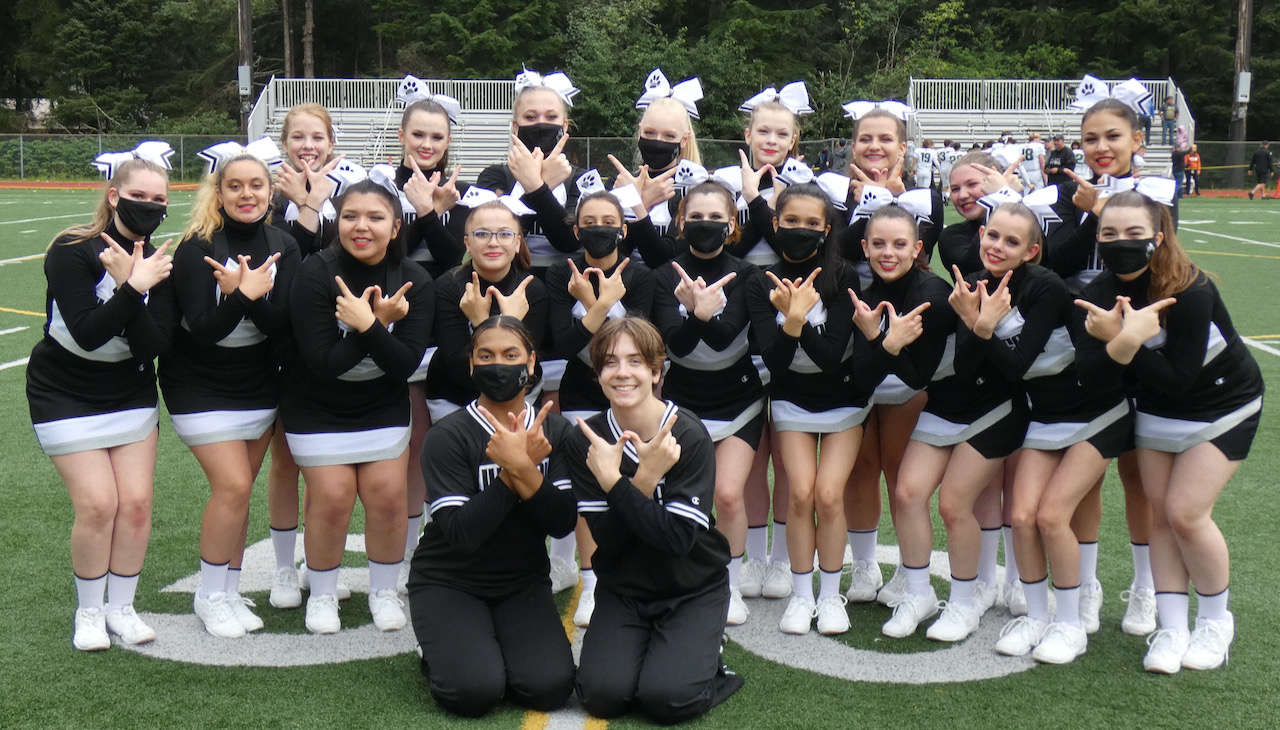 Juneau, Alaska (KINY) - The first game of the 2021 Juneau Husky Cheer Team’s football season went off without a hitch, without skipping a beat and without missing a note, literally, as junior Giana Vigil sang the national anthem following the squad’s march onto the Adair Kennedy Field.

“We’ve been working hard on new material, promoting the game and bringing some

The Husky Cheer Team will be performing its “Band Chant” at the start of each game, something the team hopes the crowd will get familiar with and join in on.

They have a touchdown chant for, well, touchdowns and will be displaying “paws up” for kickoffs.

They have a banner and dance to welcome the Juneau Huskies football team back on the field after halftime.

“We’ve focused on using more crowd involved cheers,” Nore said. “Incorporating signs and megaphones as we’re hoping to get the crowd loud and proud as in the past years.”

The Husky Cheer Team plans to travel as much as possible with the football team, including the state championships.

Look for the Husky Cheer Team to compete in fall competitions and visual cheer competitions.

Any students interested in joining the Juneau Husky Cheer Team, or anyone interested in more information on the Husky point of view, should contact Nore at 723-6580.

Nore said the team hasn’t selected a captain but its spokesperson for the season to date has been junior Saelyr Hunt.

“We just love to promote our Husky cheer and football teams,” Hunt said, describing the cheer philosophy of the team before their first game last week against Colony. “And having everyone out here today is really fun. We haven’t had a football game in almost 700 days. We’re going to do great, we’re going to have a lot of fun and just be the Husky football cheer team.”