“Nice accolades for the kids,” Sjoroos said. “Just kind of a testament to, not only their talents, but the hard work and everything they have done to put themselves in this position. So it was great to see them get recognized.”

Senior Wallace Adams was voted the All-Conference Kicker as well as being noted for two first-team selections, junior Lucas White was voted the top Deep Snapper and Rich Sjoroos was selected as the Coach Of The Year.

“It is just a reflection of the whole staff,” Sjoroos said of his award. “And the kids and the community. I just look at it that way. There is just no program that can be successful with one person or one coach. I am just very blessed and fortunate to be surrounded by so many great players and coaches and parents.”

Sjoroos noted that all the selections were well deserved, but did mention a few standouts.

Wallace Adams was first team selection on both sides of the ball, earning the honor for defensive back where he led the league in interceptions, and as tight end, and was a unanimous choice as best kicker.

“Who’s the best kicker in the state did not even come down to a vote,” Sjoroos said. “That was nice to see that other teams and coaches around the state just know how valuable he is and what he does for our team. There was even one comment that he may be the best kicker the state has ever seen. So he has been great to have in our program. That was the only vote of the night that didn’t go to a vote. He was just that dominant this year kicking the football that everybody recognized that right away. Even the other teams that had nominated their own kids just said, ‘yeah, I’m not even going to challenge that one.’ So yeah, that’s great.”

Lucas White has made an impact as a linebacker but also snapping the ball in southeast weather.

“Yeah that was neat,” Sjoroos said. “That one is pretty cool because they recognize that the elements we snap in a lot of times are not as good as other areas in the state so they give them a little extra credit. Because a lot of times we are snapping in rain going sideways. He hasn’t had a bad snap all year.”

Senior Gaby Soto has been a powerful running back and was runner-up for the CIC Offensive Player of the Year.

Sjoroos also commented on the number of selections.

“Just to see the level of play in Juneau has increased in recent years,” he said. “And to be able to do this at the biggest conference in the state is a good barometer stick and just looks good for the future. This isn’t the end this year, there are up and comers and there are young kids on that list. It bodes well for the future of the program.”

Continued Sjoroos, “Credit to the seniors, the dedication they have had and laying that foundation for the groups coming in behind them.”

Voting for All-Conference is done by the team coaches. At the end of the state football playoffs only the selections for First Team All-Conference will be voted on for All-State Teams.

SPECIAL AWARDS (ACROSS THE CONFERENCE):

Above - Huskies coach Rich Sjoroos was chosen CIC Head Coach of the Year. 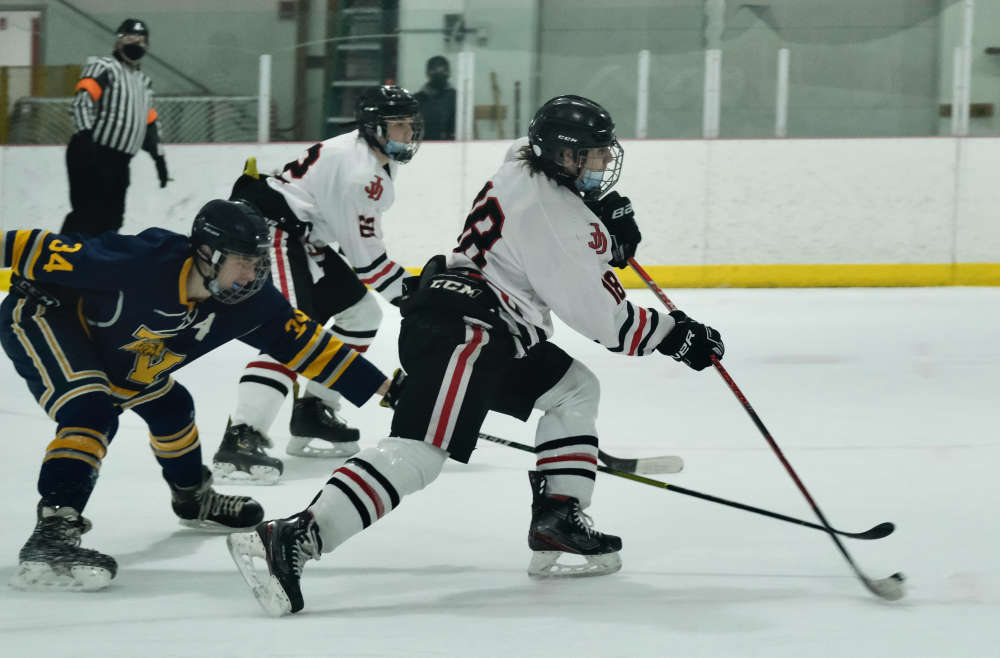 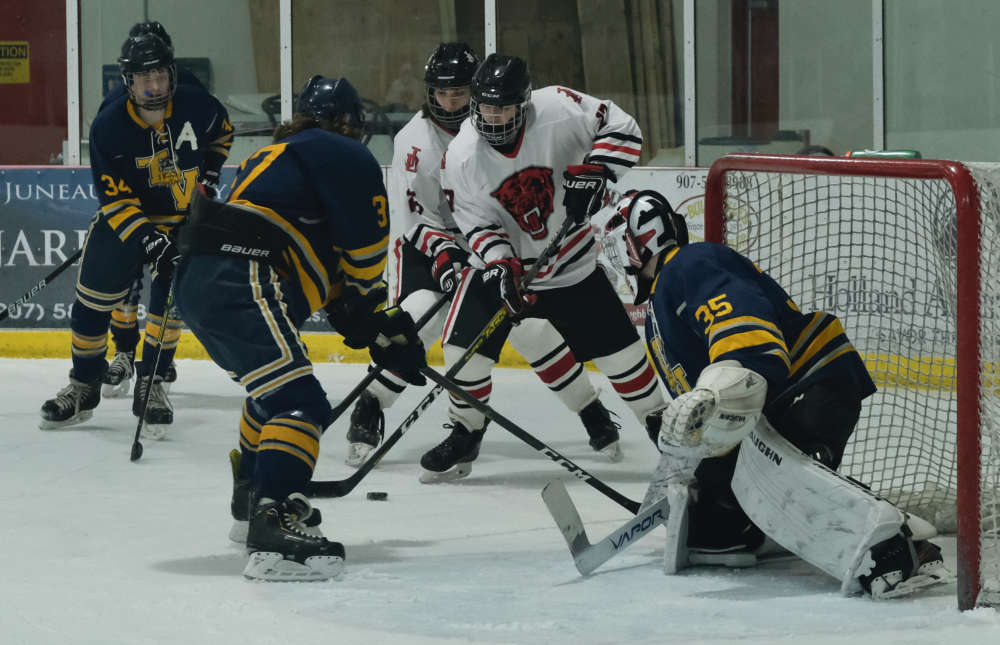