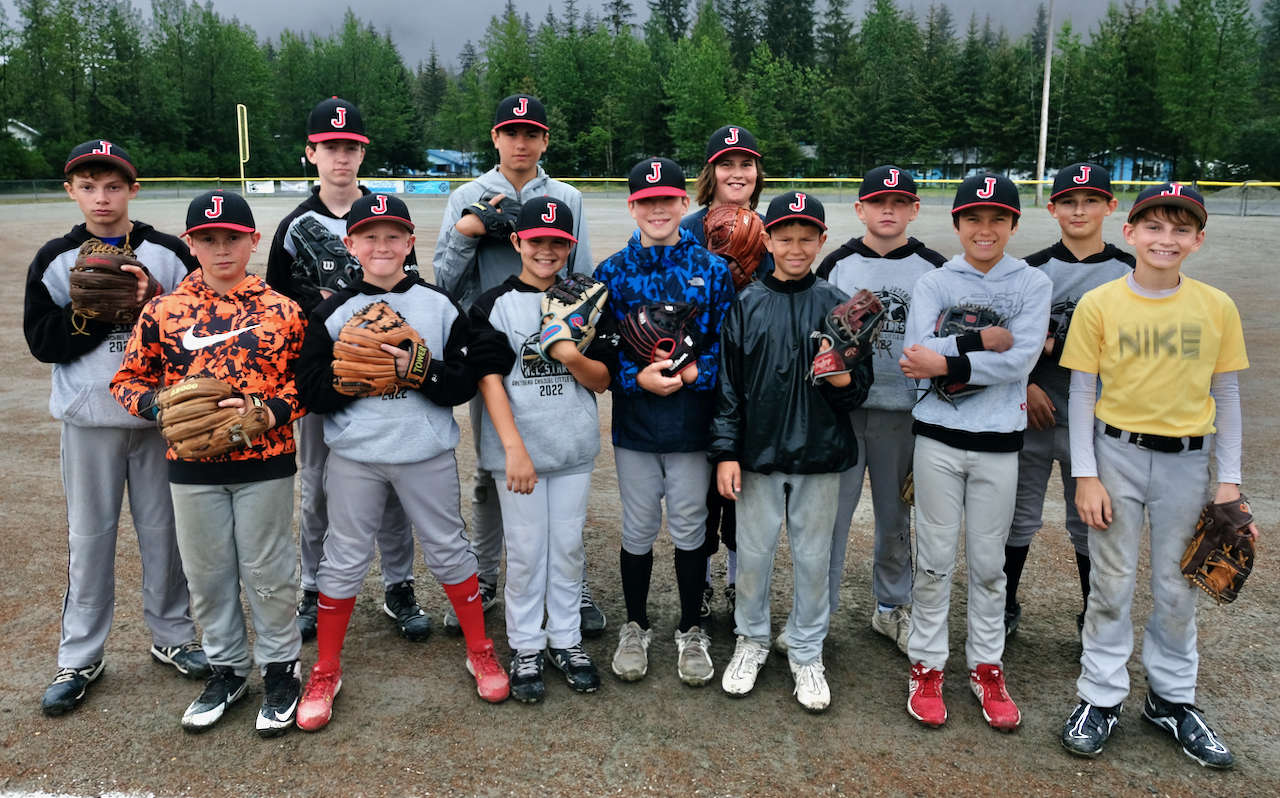 Juneau, Alaska (KINY) - With two runners on base in their last at bat and trailing 2-0 in the final game of their best-of-five series on Monday, the field of dreams for Juneau’s Gastineau Channel Little League Majors All-Star Baseball team came to an end as Abbott-O-Rabbitt held on for the state title on Sitka’s Moller Field.

“Not only did these boys play with a lot of heart, they played really good baseball,” Juneau manager Jaysen Katasse said. “And they played as a team. Sometimes it is the journey, not the destination. Big thank you to Sitka for being great hosts.”

AOR scored the first run of the game in the bottom of the first inning as Lukas Armstrong earned a one-out walk, advanced on walks to Cody Moore and Landon Gasser and scored on a sacrifice fly by Ashton Miller.

Juneau’s Belcourt struck out two in the first inning and Brenner Harralston chased down a fly ball.

Juneau stranded Belcourt on base in the top of the first and had runners Katasse on third base and Maier on second with two outs in the top of the second but the rally faltered as AOR’s Miller struck out a batter.

Belcourt struck out two more in the bottom of the second and second baseman Kamden Kissner fielded a ground ball and threw to Maier on first base for an out.

AOR took a 2-0 lead in the bottom of the third inning as Armstrong led off with a walk, stole second base and scored on a Miller ground ball that was misplayed in the Juneau infield. Belcourt recorded two more strikeouts in the inning.

Juneau stranded Charlie Begenyi on base in the top of the fourth but their defense held in the bottom half of the inning. In the inning, Juneau right fielder Begenyi picked off a runner with a throw to shortstop Parker Katasse and Belcourt recorded his seventh strikeout before being relieved on the mound by Katasse and moving to the outfield. AOR had the bases loaded but center fielder Belcourt handled a line drive for the third out.

Juneau stranded Harralston on base in the top of the fifth inning. AOR threatened again in the bottom of the fifth inning with two runners on but Juneau’s infield recorded fielding plays by Vince Nizich in center field, Belcourt at first base and Kissner at second to end the inning.

Juneau’s Isaac Kirsch led off the final sixth inning with a single and Micah Nelson was hit by a pitch with two outs but the AOR defense held for the win.

Miller, Jiovanni Walker and Mark Warren had one hit each for AOR. Miller had one RBI.