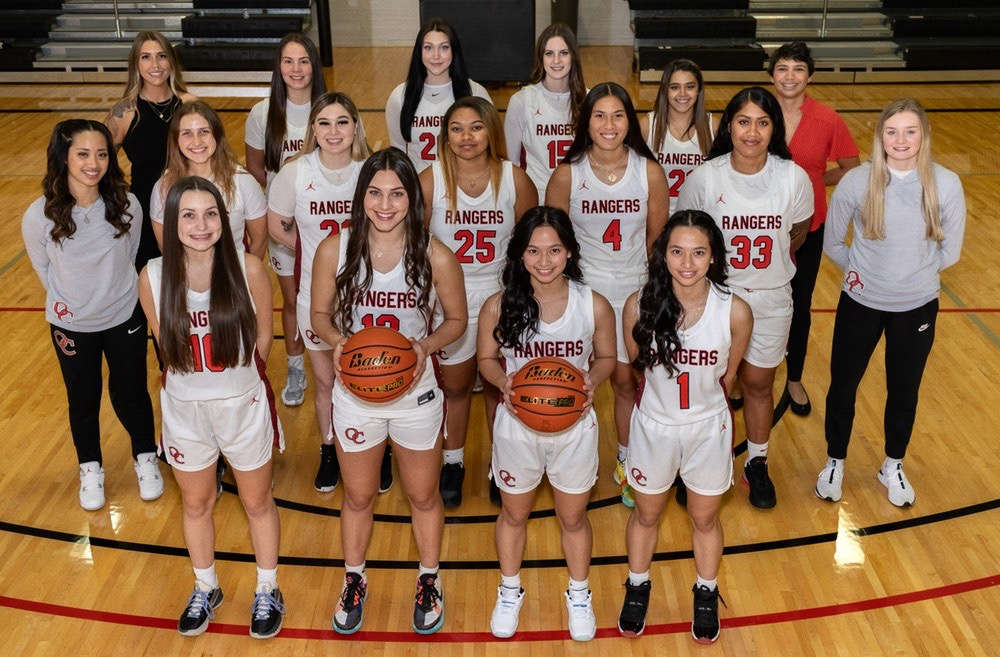 Juneau, Alaska (KINY) -  The Northwest Athletic Conference season is just starting but already 2021 Thunder Mountain High School graduates Mary Neal Garcia and Mary Khaye Garcia have helped the Olympic College Rangers in Bremerton, Washington, forget about last season’s 0-16 record as they have jumped to a 2-1 record and look to be a force in the league.

Mary Neal, five minutes older than twin sister Mary Khaye, is averaging over 25 minutes a game as a starting point guard, including 32 minutes in their last game.

“We go by Neal and Khaye,” Mary Khaye Garcia said. “Neal is older by five minutes and is a little bit taller and she also has ear tags on both ears which is typically what people look at to tell us apart.”

Mary Khaye is averaging 15-20 minutes as a reserve point and shooting guard. And, yes, there are times when both are on the floor at the same time.

“Khaye is shorter with a nub right ring finger and this is also another way that people can tell us apart,” Mary Neal Garcia said. “Other than that it really only takes about two weeks for people to get used to our differences.”

The twins have been getting used to the college game as well.

“Definitely the role as a point guard,” Neal Garcia said. “And pressing up to a higher level for basketball. It was very unexpected in a way. I never thought college ball would be really, really different from high school level. The expectation as a point guard, the way you lead the team, just the confidence level has to be at the highest peak. Being very confident as a point guard is definitely one of the things I have learned being a college point guard.”

They have noticed that athletes are faster and stronger.

“The pace is totally different, especially in the NWAC conference,” Khaye Garcia said. “Definitely maturity is a huge thing that we had to recognize. Being able to communicate with coaches, teammates, just really leading and not being afraid to talk. That is pretty much the biggest transition for us is pace and leadership.”

Neal Garcia is doing an associate's degree in arts and has not declared a major but plans to be a nurse.

“I am looking forward to being in the medical field,” she said.

Khaye Garcia is also undecided on a major but is leaning towards psychology.

“It is kind of what I am really interested in,” she said.

The two agreed that staying in shape year around has become a priority at college.

The two have the same daily schedules, classes and routines. They do resident work at their dorm Monday, Wednesday, Friday and Saturday. Tuesday and Thursday are class heavy. Practices are from 4-6 p.m. daily.

“We work, got to school, practice and do our extra running after practice,” the two commented in a joint phone interview.

They are also roommates.

“It’s great, we didn’t have to worry about roommates and stuff,” they said. “We work at the same time, too. Our schedule is just the same and our classes are also the same, so our schedule is really being together. It is honestly really nice because being here is away from family. Having each other and taking care of each other. It helps us mentally focus with the things that we need to get done throughout the day and we keep each other in check. We know what we are here for. That is what is really good about playing with a sibling, and being a twin.”

College practices are intense. The Rangers do weight training two days a week and after every home game and every day add sprints and running after practice.

“My advice for future players looking forward to playing at the next level is just be ready,” Neal Garcia said. “Before you come into college, be in condition, in good condition. Be in your best condition. Alway be ready for doing extra. Don’t settle for being content.”

“And consistency,” she said. “That’s a huge thing for athletes, especially those who want to play at the college level. And knowing that you have to commit to both the school and basketball. You have to really make it a priority if you really want to play at the college level. Sticking to your schedule and not doing other things other than school and basketball. You can always have fun of course but know what your priorities are first.”

Another new obstacle is the college 30-second shot clock.

“It is definitely nerve wracking,” Neal Garcia said. “It’s really different because you have a lot of things to think about.. the plays, as a point guard you have to think about the plays and watch out for the clock and that is something new to me.”

“We always have to be aware of time and score,” Khaye Garcia said. “Our first game we definitely experienced it and were like, ‘Oh, we really need to watch the shot clock.’ But we are adjusting really well.”

Khaye Garcia said she likes college because of the maturity on the campus.

“You are surrounded by older women you can really look up to,” she said. “You can see their knowledge and have them teach you. And coach Lee helps with coaching Gonzaga University (TMHS coach Andy Lee runs basketball camps for Gonzaga University) and he really prepared us for this moment. I think what we learned we can always input to the women we play with because they are mature enough to listen and be open minded and more understanding.”

“You know that everyone you play against and everyone you play with, everyone is going to be competitive,” she said. “Everyone has their own goals for playing college ball. That is what really made me a better point guard as a college player as of now is knowing that everyone on my team is going to work hard for a goal. Everyone is competitive. No one is going to slack off because they chose to be at this college level, they chose to be in college basketball. You have an expectation that they are not going to slack off.”

Both also noted they had to expect the unexpected from other teams, meaning that in high school they played the same teams and knew the same players. In college they are facing new schools with better players who they have not seen before.

Both also thanked their fans in Juneau.

“Just everybody that supported us along the way,” they commented. “Especially the fund raising and stuff. Juneau does a really great job supporting sports teams and so we really want to just thank those that support athletes in particular.” 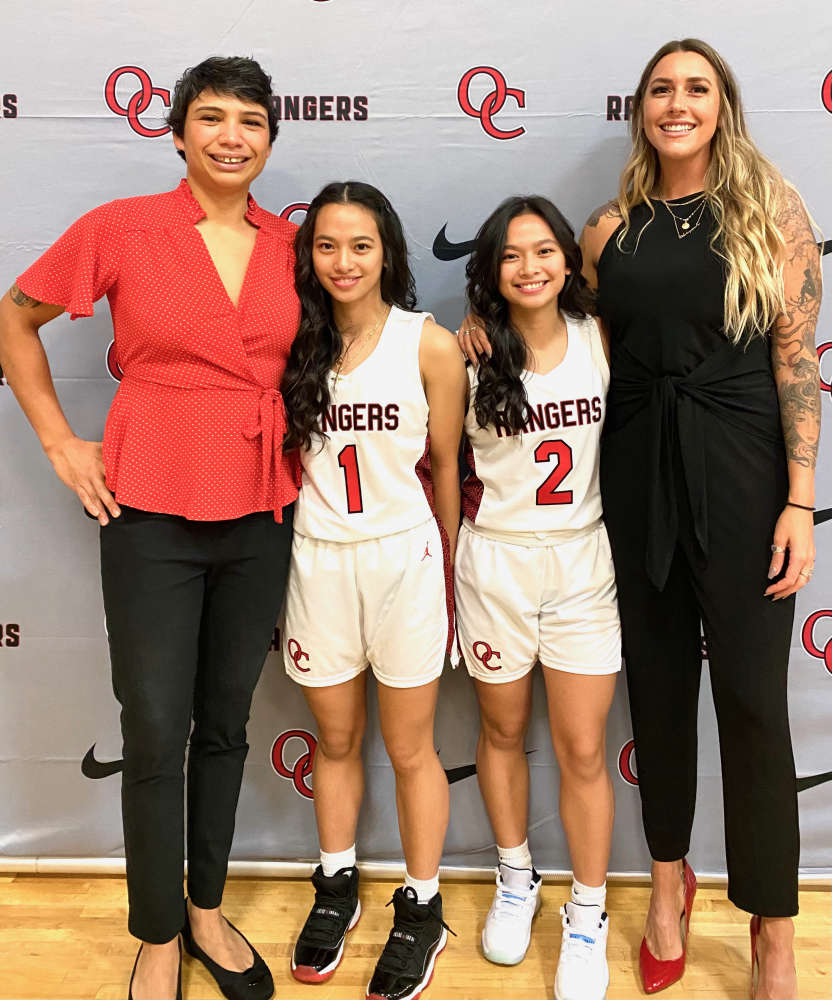 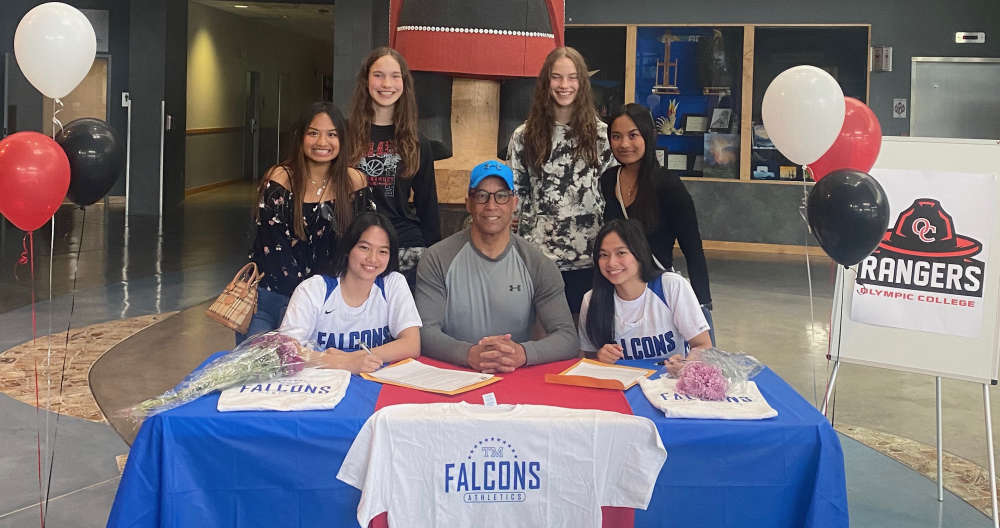 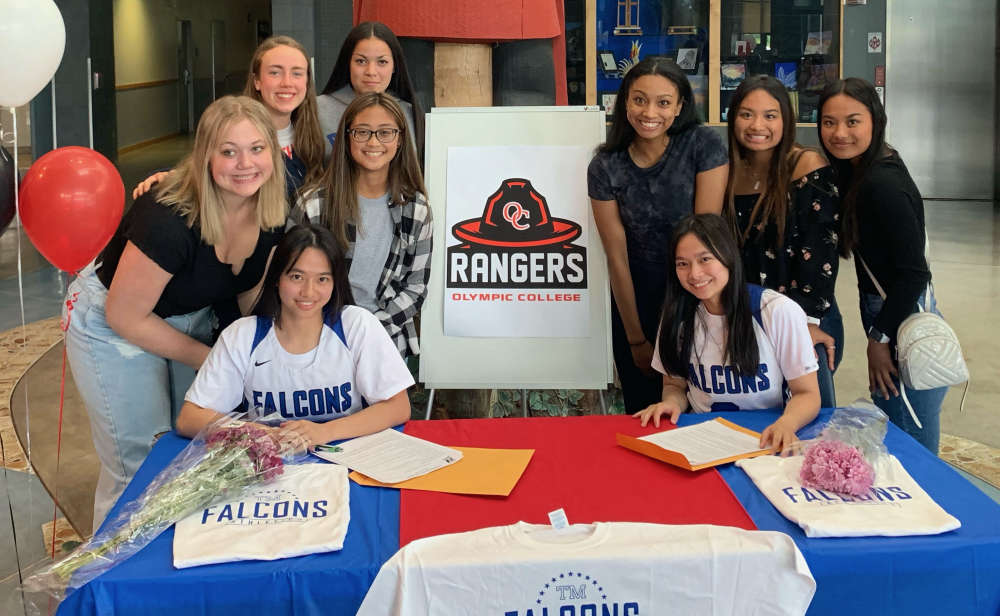