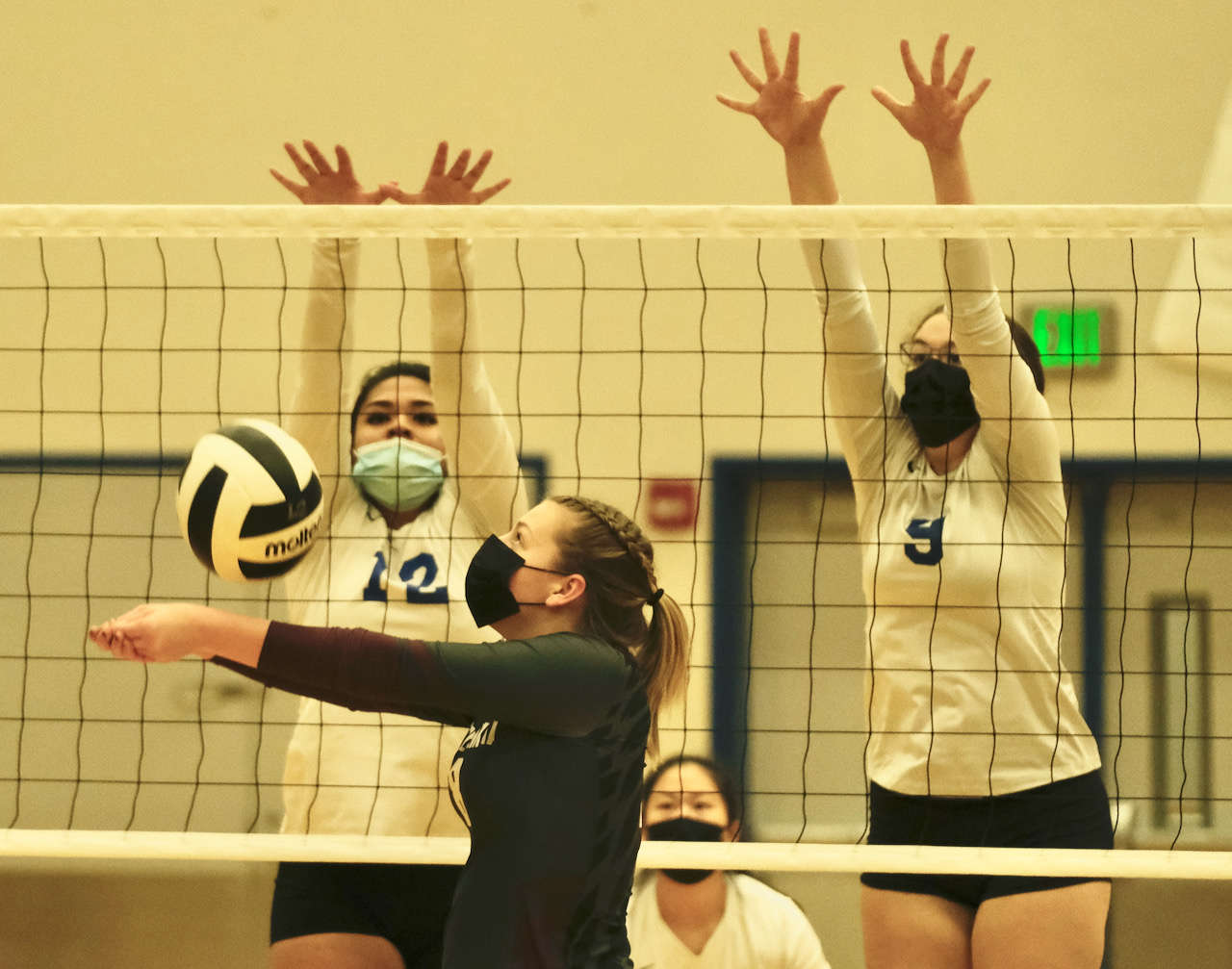 Thunder Mountain's Moana Tuvaifale (12) and Solveig Wolter (9) defend a hit by Ketchikan's Alli Thomas during the Falcons sweep of the Lady Kings on Thursday at TMHS. The Falcons' senior night game is tonight at 6 p.m.

Juneau, Alaska (KINY) - Thunder Mountain volleyball junior Moana "Motown" Tuvaifale found a seam against the visiting Ketchikan Lady Kings, then found another, and another… recording a game-high 23 service attempts and five aces as the Falcons swept Kayhi 3-0 on Thursday, winning by set scores of  25-12, 25-7 and 25-11.

“Just focusing on what coach keeps telling us,” Tuvaifale said. “Looking for seams and looking for weak places on the court. We just have to keep the momentum and continue to communicate out there.”

Tuvaifale said she doesn’t know why coach calls her "Motown."

“It just started with coach calling me that and everybody else caught on to it,” she said. “Now it’s coach's nickname for me.”

Outside the gym, Motown is synonymous with musical hits, and the Falcons were in tune with a lot of big spikes.

Welling had 26 attack attempts resulting in 11 kills and Strong 13 attacks for four kills.

“I feel like we were working really hard as a team to try and stay in system, do lots of in-system volleyball,” Strong said. “And lots of talking today was our focus.”

Also on the attack were Tuvaifale with 18 and four kills, sophomore Ashlyn Gates with nine and four kills and Jayden Rosenbruch a perfect four-for-four. Senior Molly Brocious and Solveig Wolter had six attacks and two kills apiece.

Also on service attempts were Strong with 13, Brocious 11 and two aces, Gates 10 and one ace, Toutaiolepo eight and one ace, Welling five and Rentrop three.

Gates recorded two blocks, Welling, Tuvaifale and Wolter one each.

In set one Kayhi had their only lead of the night at 5-4, aside from 1-0 in set two, when Tuvaifale served for an 8-5 advantage including an ace and then a kill by Welling.

The Falcons would string together another run with Gates killing for a 14-9 advantage and Brocious serving to 20-9 with two aces and help from two kills by Welling and another by Strong.

A block by Kayhi’s Lindsay Byron, an ace by Marley Lewis and a block by Stevie  Kamm put the final three points on the board for the Lady Kings.

TMHS’ Gates killed for possession and Strong served out the game with Welling terminating the final point for the 25-12 win.

In set two the Falcons overlooked the brief 1-0 deficit and 2-2 tie with the Lady Kings to take a 7-2 advantage on Gates’ service and then Welling terminated another shot to regain a possession at 8-3.

The Falcons’ Tuvaifale then served to 18-3 with an ace and help from kills by Brocious, Wolter, Welling and Rosenbruch. The two sides exchanged possessions six times before Gates terminated game point for the Falcons.

In set three the Falcons led 5-0 and 6-4 when Welling killed for possession at point seven and Tuvaifale served to 14-4, aided by five unreturned serves and a wipe by Welling.

Kayhi had an ace by Alli Thomas but could not break within 10 points again in the set.

The Falcons’ Rosenbruch killed a shot for point 24 and a Kayhi missed hit gave the match to TMHS 25-11.

“We have just been working on some focused volleyball,” TMHS coach Julie Herman said. “Our goal is to start strong and increase intensity and increase pressure on any team we play and I think the girls continued to do that tonight.” 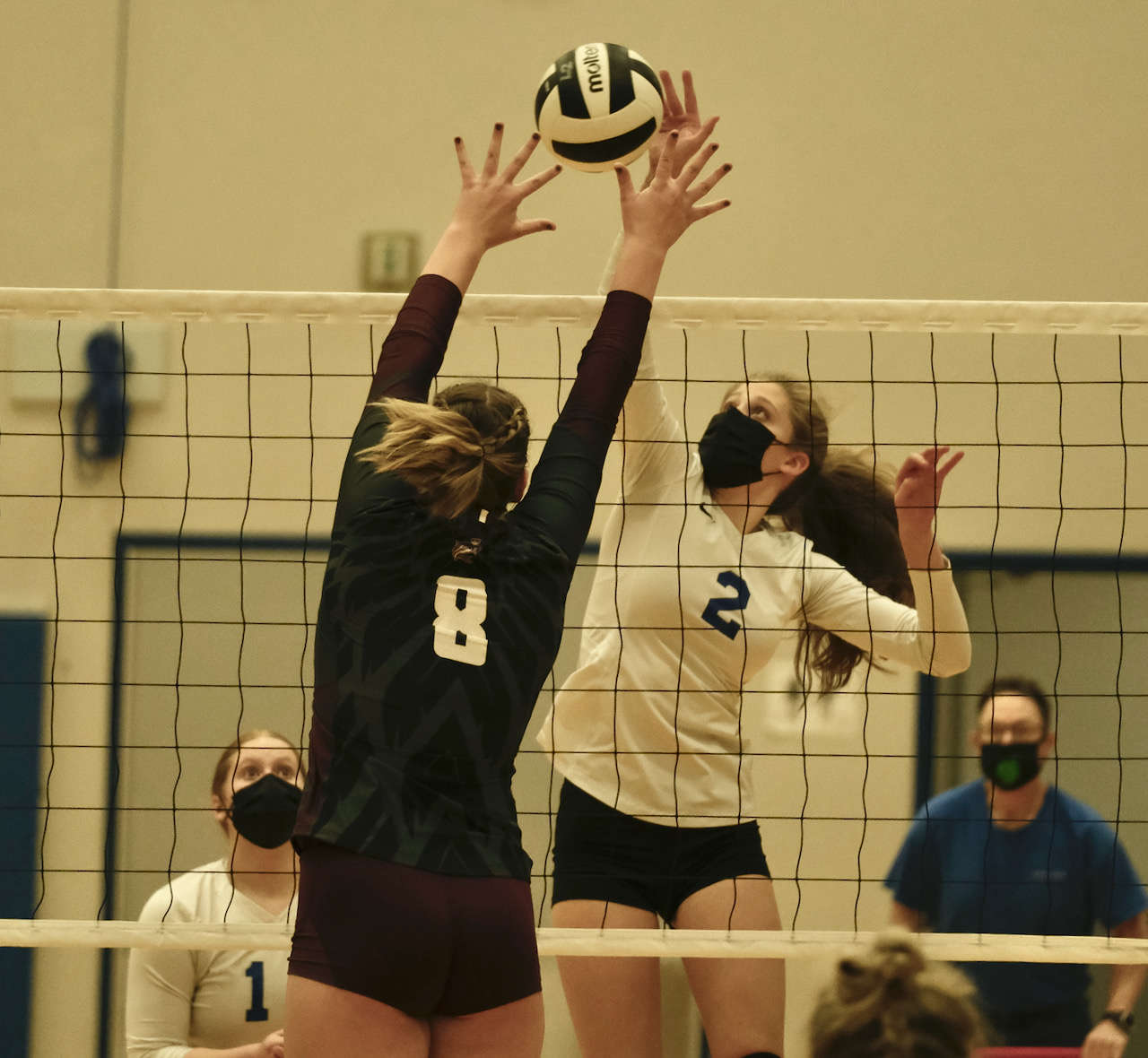 Above - Thunder Mountain's Mallory Welling (2) terminates a shot against Ketchikan's Alli Thomas during the Falcons sweep of the Lady Kings. 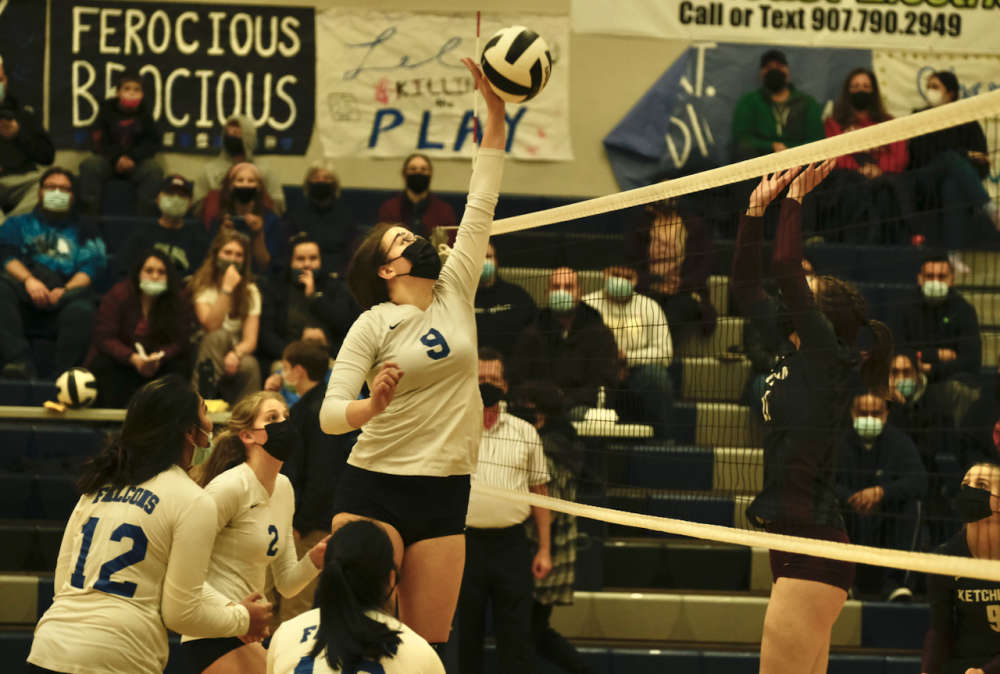 Above - Thunder Mountain's Solveig Wolter (9) tips a shot against Ketchikan during the Falcons sweep of the Lady Kings on Thursday at TMHS. 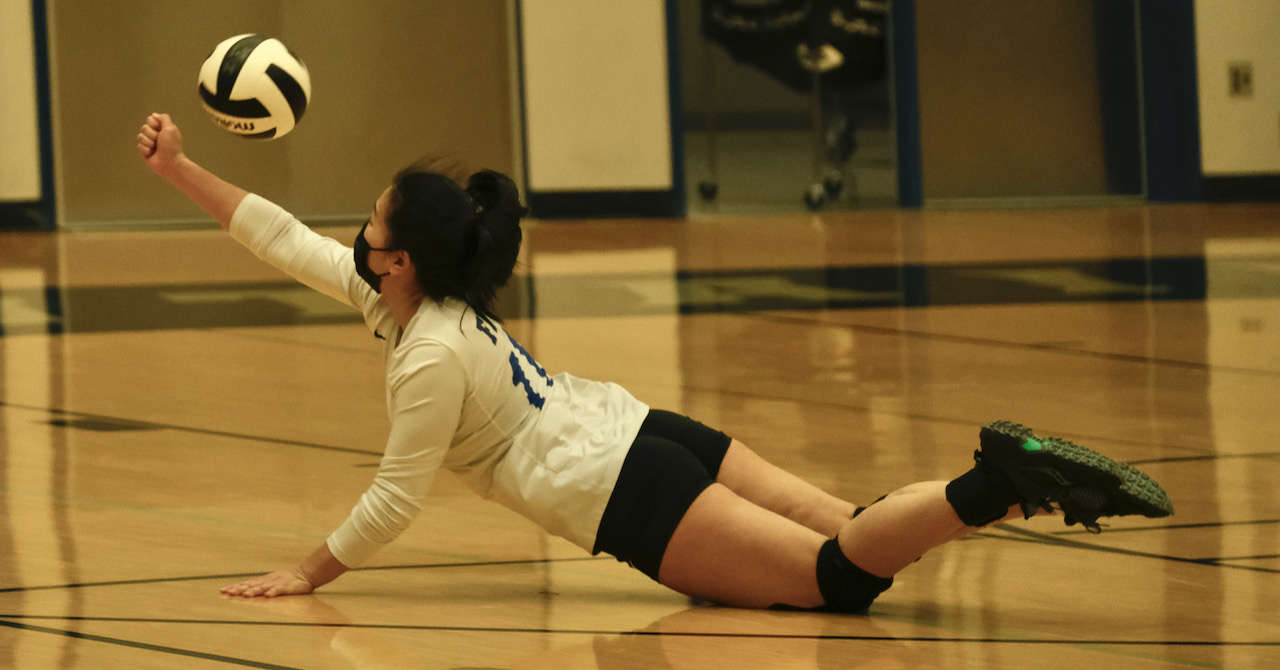 Above - Thunder Mountain's Molly Brocious saves a ball against Ketchikan during the Falcons sweep of the Lady Kings on Thursday. 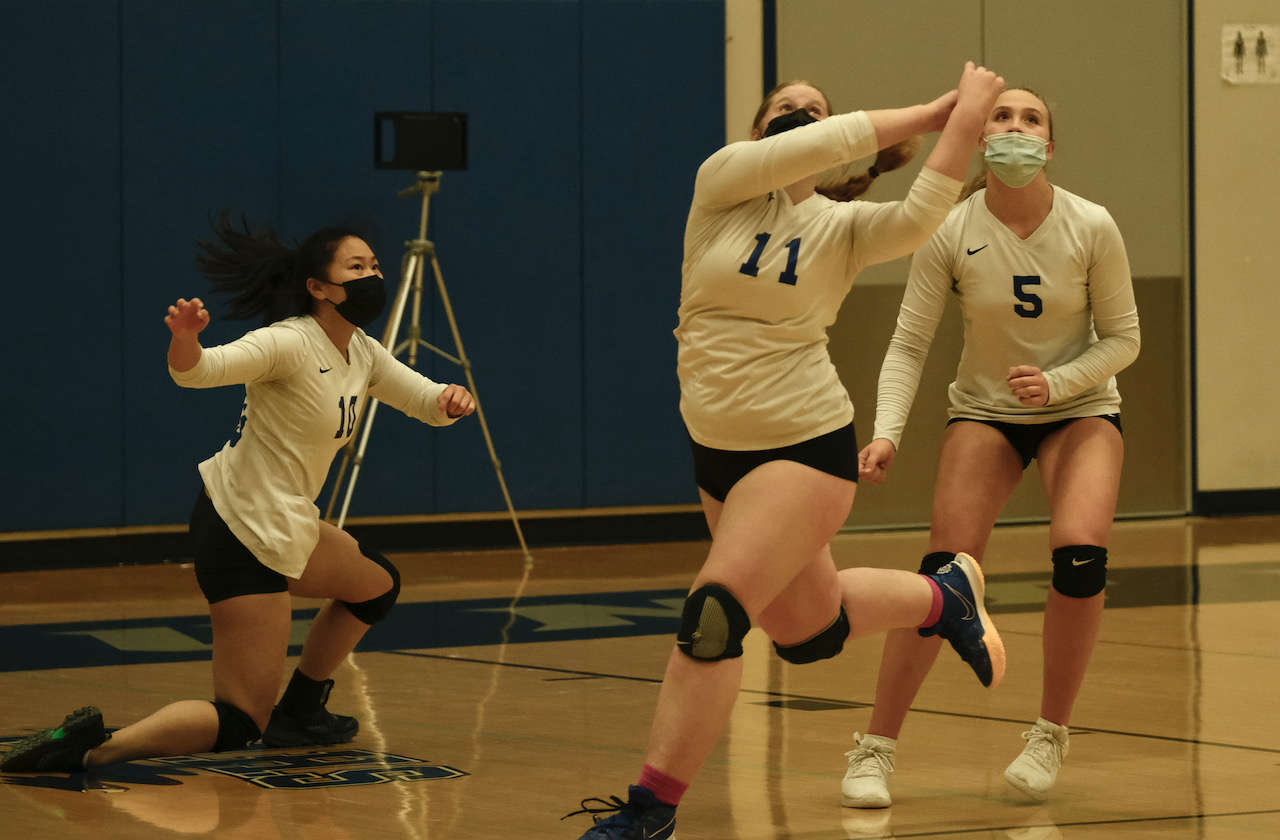 Above - Thunder Mountain's Molly Brocious (10) and Ashlyn Gates (5) look on as Sydney Strong (11) saves a second hit against Ketchikan during the Falcons sweep of the Lady Kings on Thursday.