Falcons' Strong Gets MaxPreps Player of the Week Nod 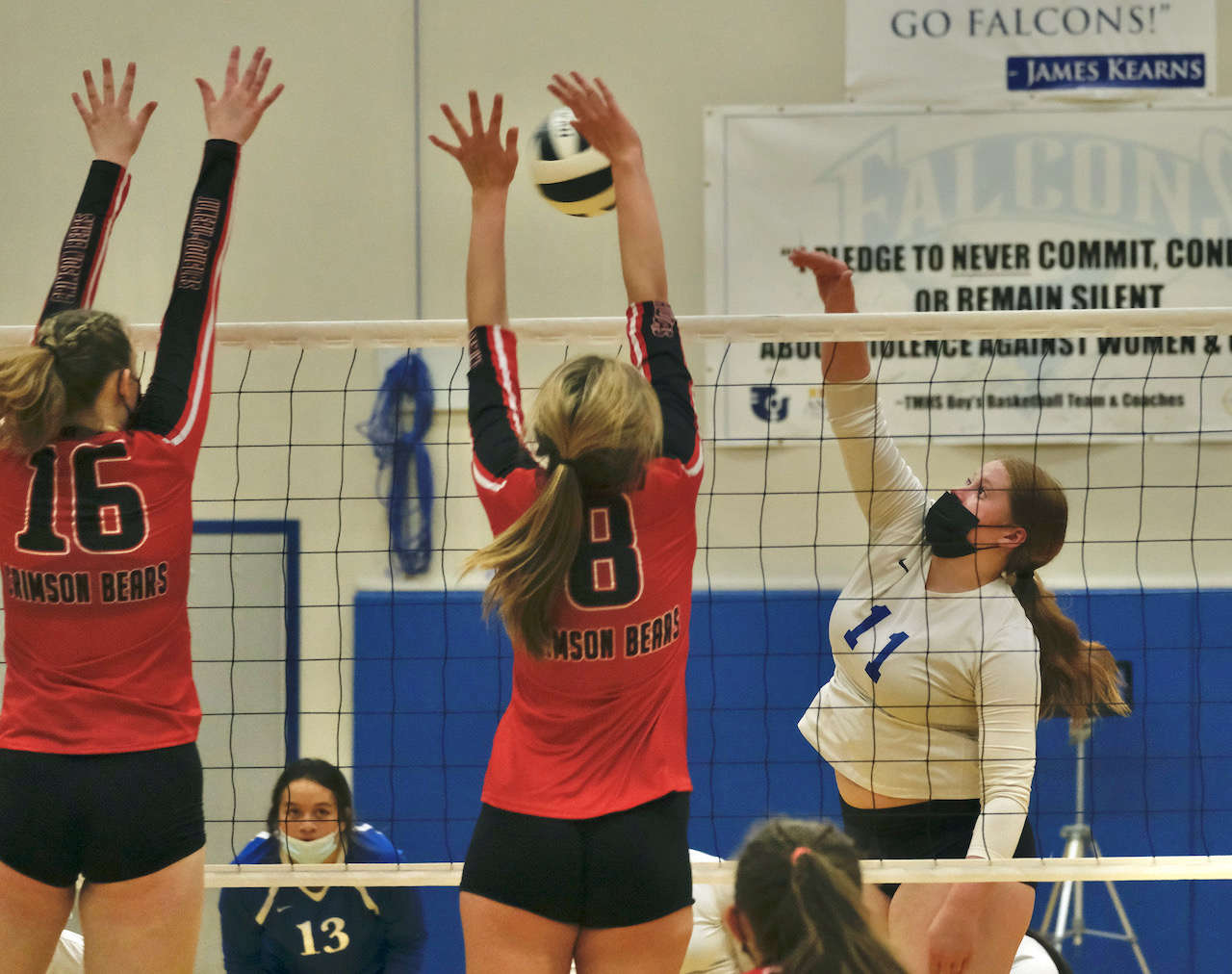 Juneau, Alaska (KINY) - Thunder Mountain Falcons volleyball senior outside hitter Sydney Strong was chosen by MaxPreps, an online high school sports website, as their Alaska Volleyball Player of the Week for her performance on the court from Aug. 30 - Sept. 5.

“I’m pretty excited,” Strong said. “For me it’s pretty cool because I have now received an award for all three sports I play - volleyball, basketball and softball. That’s an exciting achievement. And volleyball was a sport I decided to do to keep busy. It wasn’t something I started until eighth grade so for me to receive an award is pretty exciting.”

MaxPreps chooses one athlete each week from each state based on stats submitted by their coaches.

MaxPreps uses their site as a national data base for stats, player profiles and interviews, highlights and stories across multiple sports to recognize achievements of high school athletes.

“What I try and contribute to the team is a super positive attitude that is encouraging if people make mistakes,” Strong said. “And lots of communication because, obviously, that is pretty important in the sport of volleyball.”

In the Falcons recent trip to Sitka where they defeated the Wolves in two matches by sets of 3-1, Strong played in all eight games. She scored 17 points on serve with one ace, had 29 pass attempts, 24 combined kills with 64 attempts, three blocks and 41 digs.

“I think that we have been working pretty hard to get the kinks out lately,” Strong said. “Most importantly I think we are working on our communication. Hopefully we will come together and figure it out.”

Strong said the team was important in the award.

“Our setters work really hard to make the hitters look good,” Strong said. “Our libero Talita (Toutaiolepo) is a beast, she is always working her butt off and everyone, honestly, is really important when it comes to volleyball.”

The Falcons play at Ketchikan this weekend.

“I did not know this was a thing so to see her name selected is just exciting,” Thunder Mountain coach Julie Herman said. “It is good for her. She works hard every day and has made amazing growth over her four years. She plays smart when she attacks the ball, she looks for weaknesses in the opponent’s defense. We are pretty proud that she can be honored for the work that she puts in. We are really excited for her.”