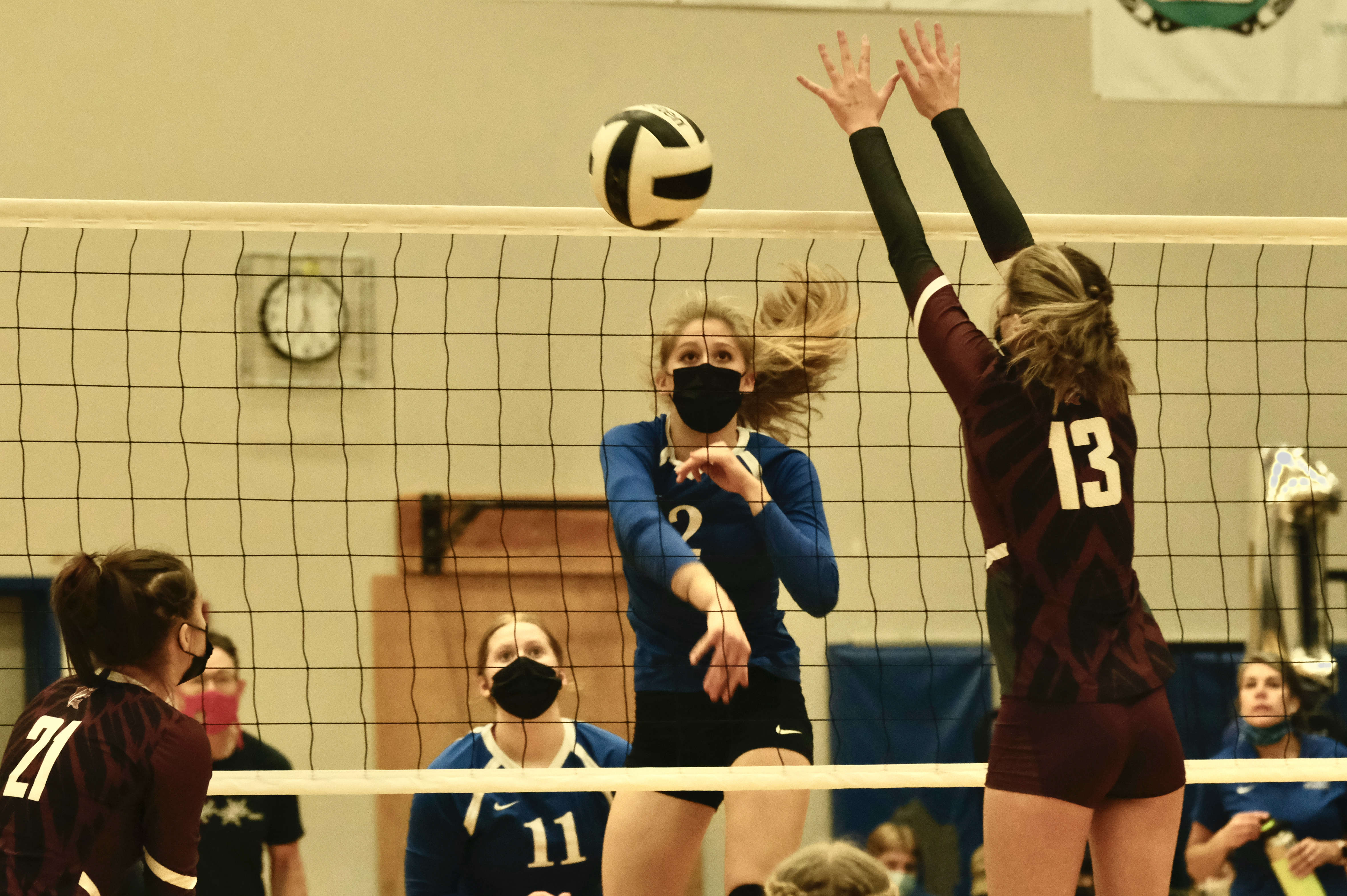 In this file photo from Oct. 29, Thunder Mountain junior Mallory Welling kills a shot against Ketchikan. The Falcons defeated Palmer and lost to Dimond at the state tourney on Thursday. Play resumes Friday. (Klas Stolpe)

Juneau, Alaska (KINY) - The Thunder Mountain High School Falcons volleyball team showed they will be a force in the 2021 state 4A volleyball championships at Anchorage’s Alaska Airlines Center on Thursday, defeating the Palmer Moose 3-1 in their best-of-five opening match and hanging tough with the top-ranked Dimond Lynx before falling 3-0.

Thunder Mountain, the Southeast Conference champions, dropped their first game against Northern Lights Conference No. 3 seed Palmer 25-12, but rebounded with three straight set wins 25-13, 27-25 and 25-22.  Falcons senior Sydney Strong was Player of the Match against the Moose.

The win advanced Thunder Mountain into a 7 p.m. game Cook Inlet Conference No. 1 seed Dimond. The Falcons were in the match all three sets against the Lynx, falling by scores of 25-20, 25-18 and 26-24. Falcons senior Molly Brocious was selected Player of the Match against the Lynx.

“When you play a top team in the state and put pressure on them, earning kills, blocks and digs, forcing them to take timeouts, you are playing great volleyball,” Herman said. “Heads held high the whole way. Particularly I would like to mention Sydney Strong and Mallory Welling for putting up some huge kill points for the team… and Talita Toutaiolepo for her serve receive and defensive digs.” 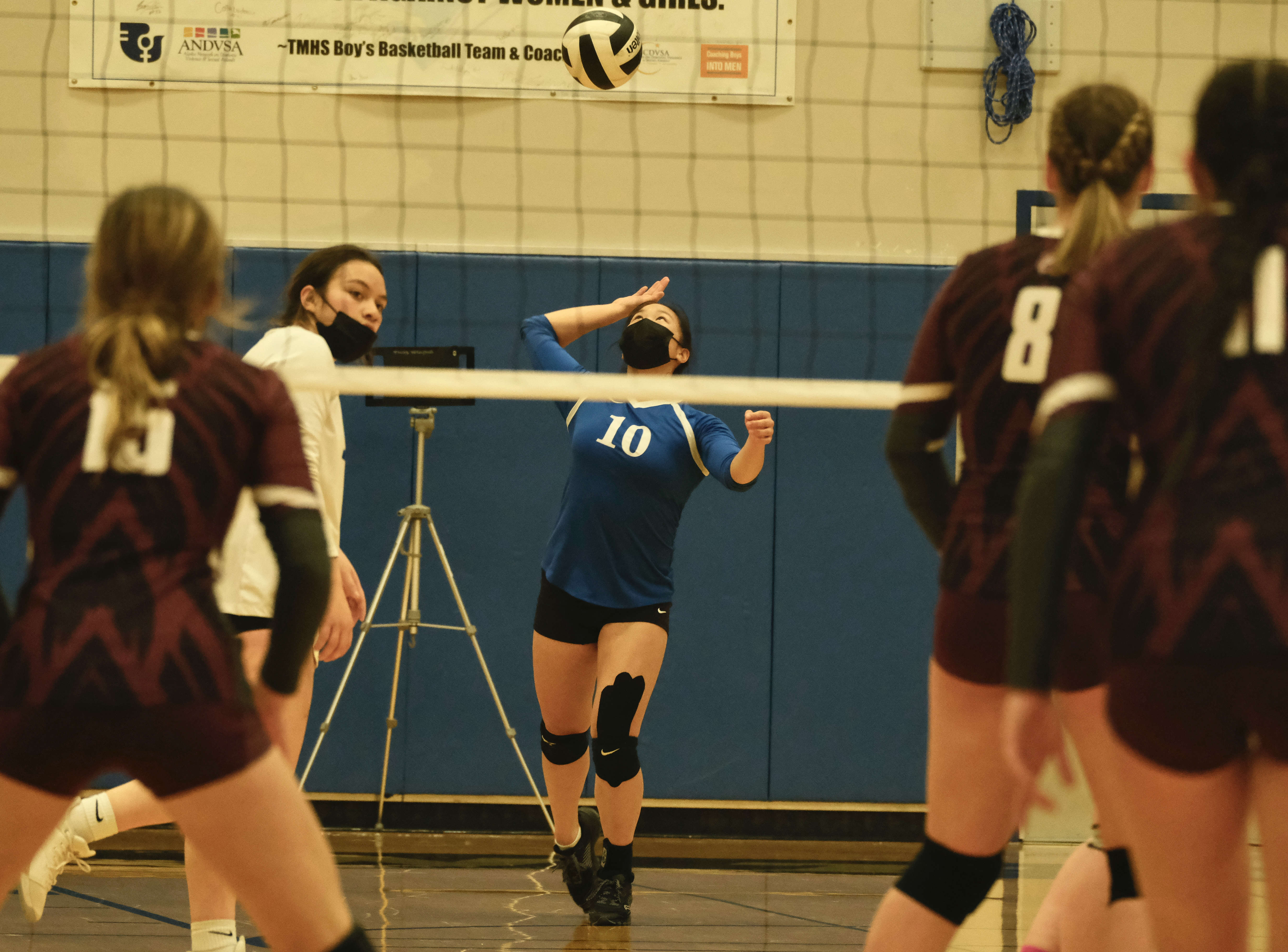 In this file photos from Oct. 29 against Ketchikan at TMHS: ABOVE - Thunder Mountain senior Molly Brocious serves.  BELOW - TMHS junior Talita Toutaiolepo receives a serve. AT BOTTOM - TMHS senior Sydney Strong kills a shot against Ketchikan. The Falcons defeated Palmer and lost to Dimond at the state tourney on Thursday. Play resumes Friday. 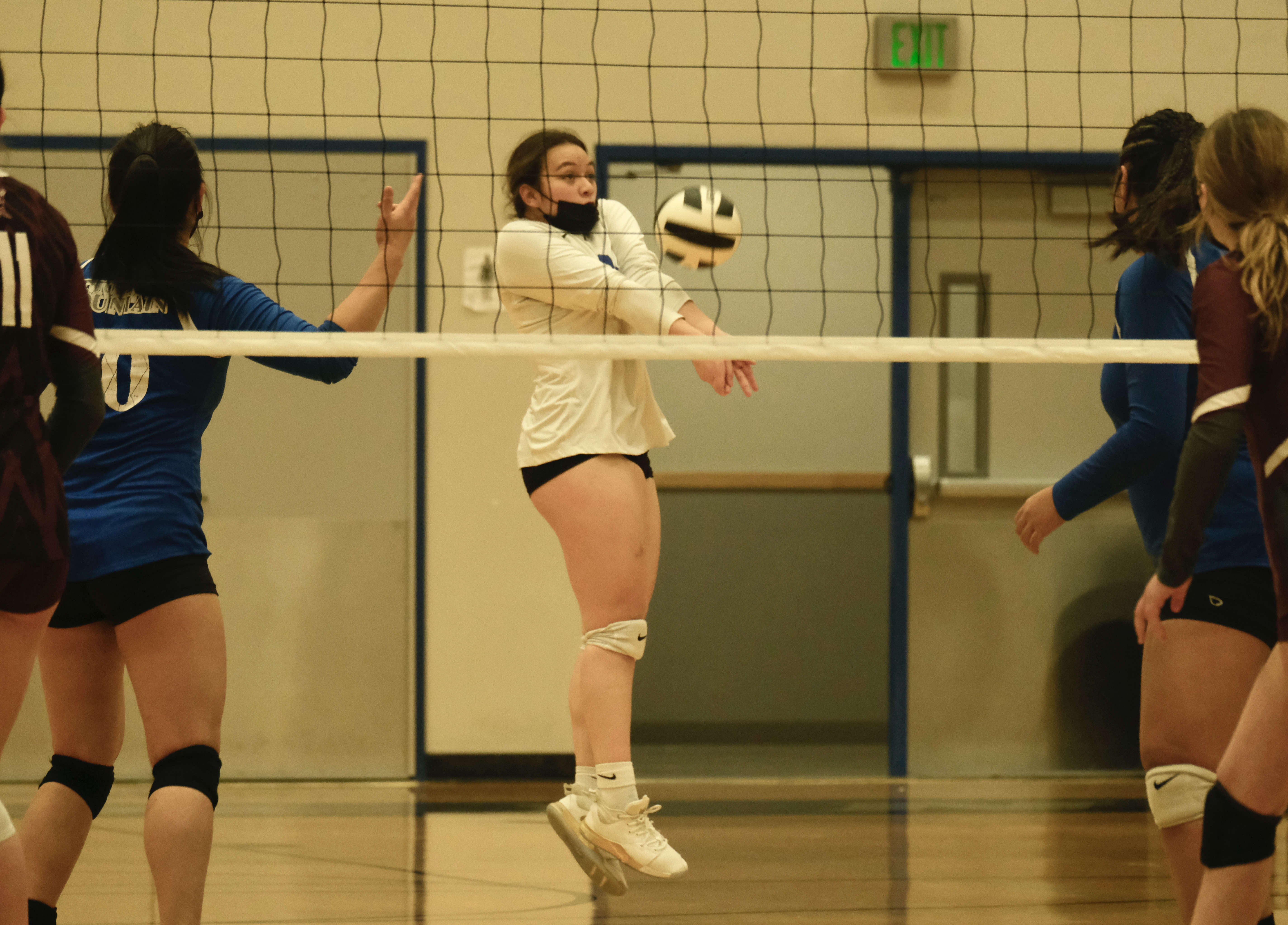 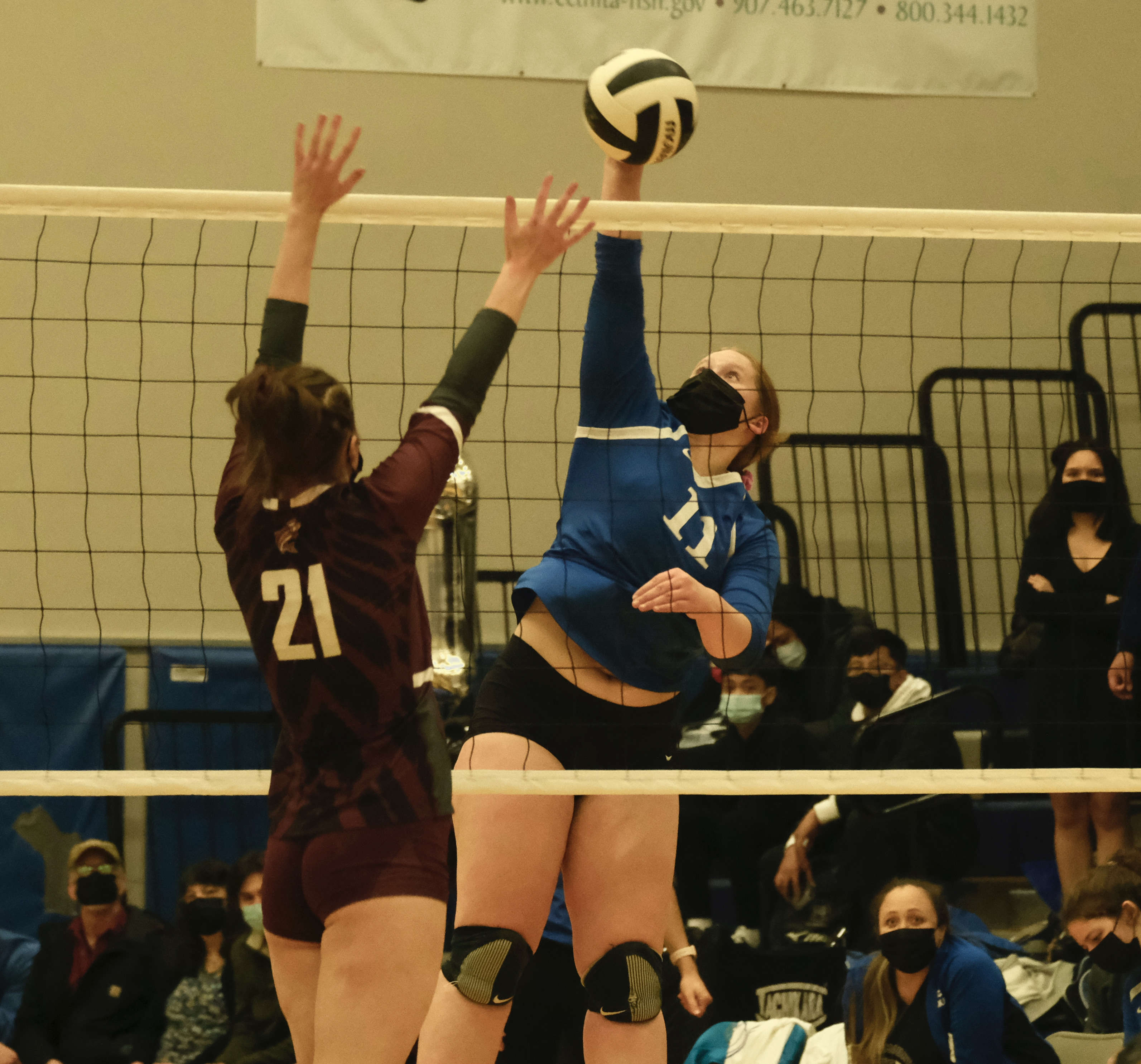