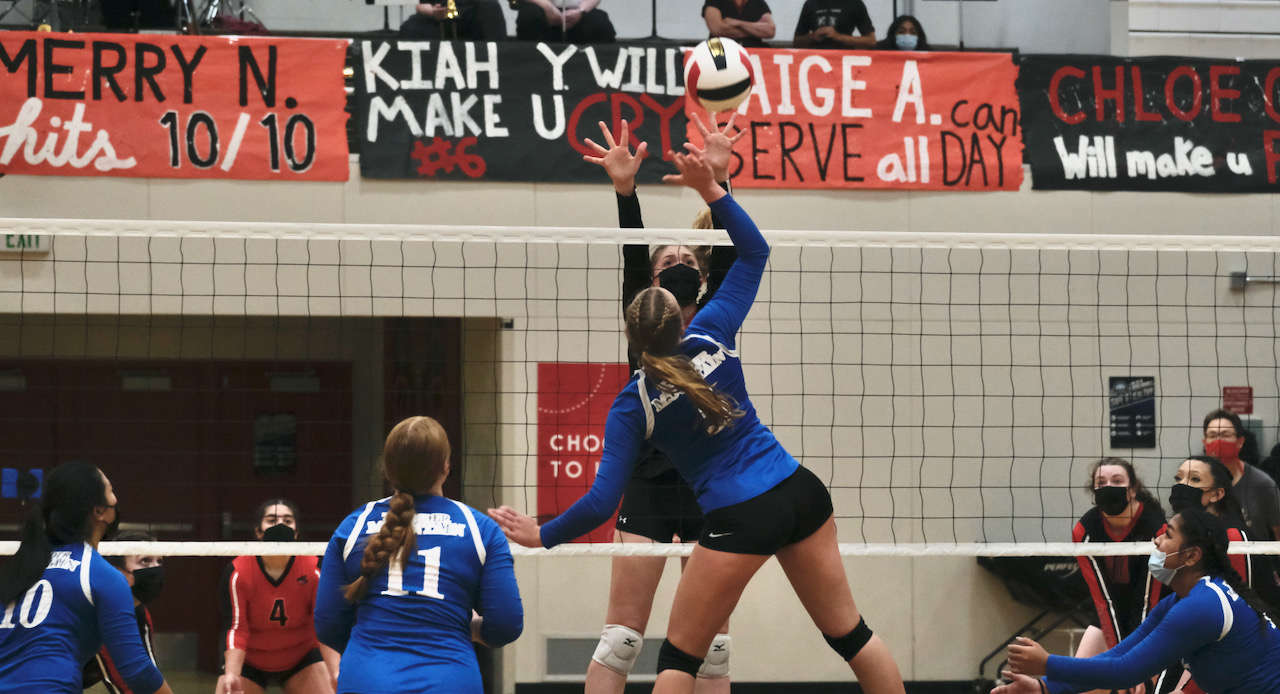 Juneau, Alaska (KINY) - The Thunder Mountain Falcons swept the Juneau-Douglas Yadaa.at Kalé Crimson Bears 3-0 on the volleyball courts of JDHS on Friday, winning by set scores of 25-16, 25-20 and 25-14.

In set one, Falcons sophomore Ashlyn Gates had two kills and an ace, senior Sydney Strong three kills, including the game winner, and senior Solveig Wolter scored on two blocks and a kill.

The Crimson Bears had three kills and a block that scored from junior Ashley Laudert and two kills from senior Merry Newman.

The Crimson Bears stayed within striking distance through the first half of the set, culminating with sophomore Mila Hargrave serving three points to close within four at 18-14.

Brocious served the Falcons to 21-14, which included a Wolter kill and Laudert killed to add point 15 to that deficit.

Strong served the Falcons to 24-15 and again Laudert gained possession and a point for the Crimson Bears. Strong put the game-winner down.

Hargrave served the Crimson Bears into a 7-5 lead and the two teams shared four ties until the Falcons’ Gates served from down a point at 15-16 to a lead of 20-16 with a kill by Strong and a scoring block by Wolter. A mishit gave the ball to the Crimson Bears but Strong killed for a 21-17 lead and tipped a point for 22.

Newman killed a shot to get service and cut the lead to 22-18, then served an ace for point 19.

In set three, the Falcons took an 8-2 lead on service runs by Tuvaifale, junior Mallory Welling and Gates that included two kills by Strong, a kill by Brocious and tip scores by Gates and Wolter.

Newman killed to regain possession for the Crimson Bears but a service error allowed Tuvaifale to serve three more points with one ace.

Laudert killed for Crimson Bears’ possession but another service error pushed the Falcons out to a 13-4 advantage.

The Falcons erred on consecutive plays before Strong killed her second game-winner of the night.

The Crimson Bears will play at the Falcons court Saturday at noon. 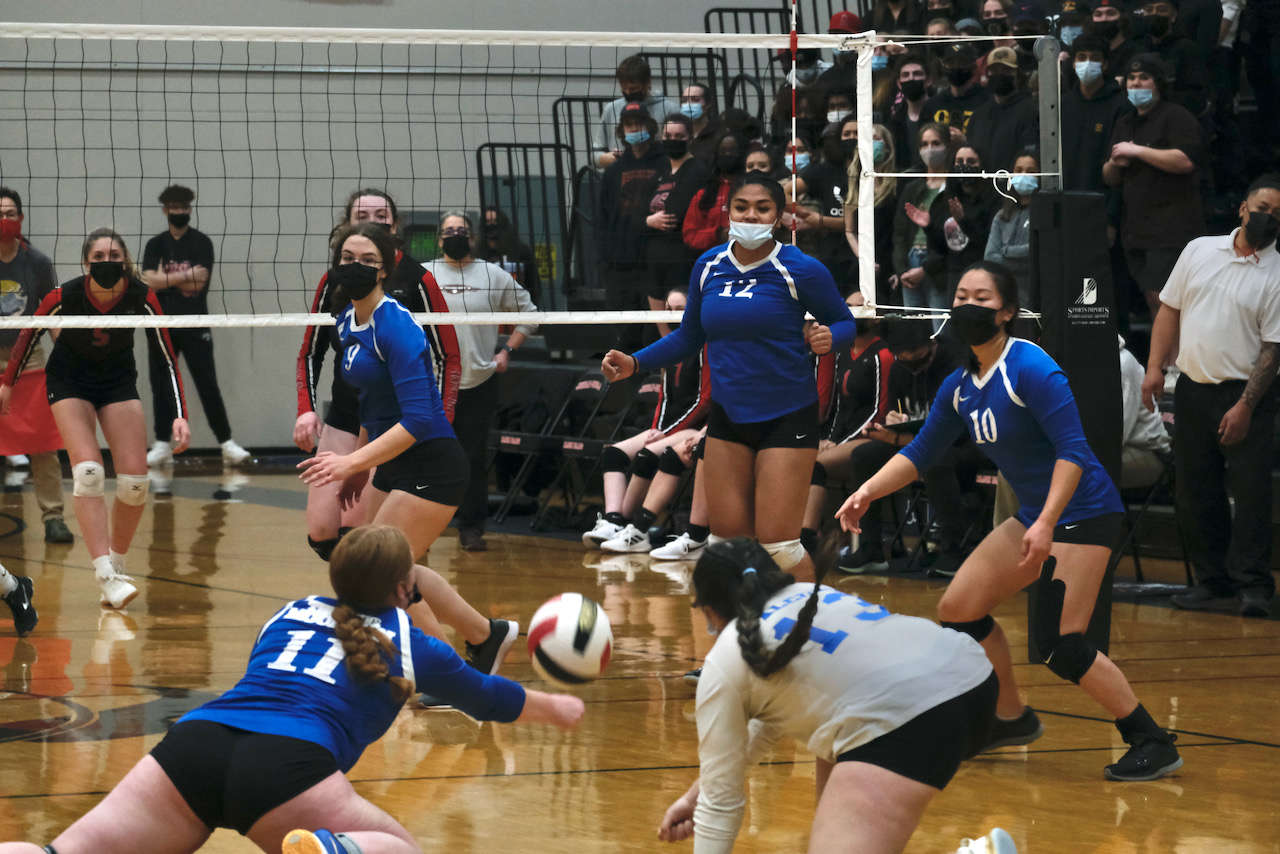 Above - Thunder Mountain senior Sydney Strong digs a shot up against Juneau-Douglas Yadaa.at Kalé on Friday at the JDHS gym. 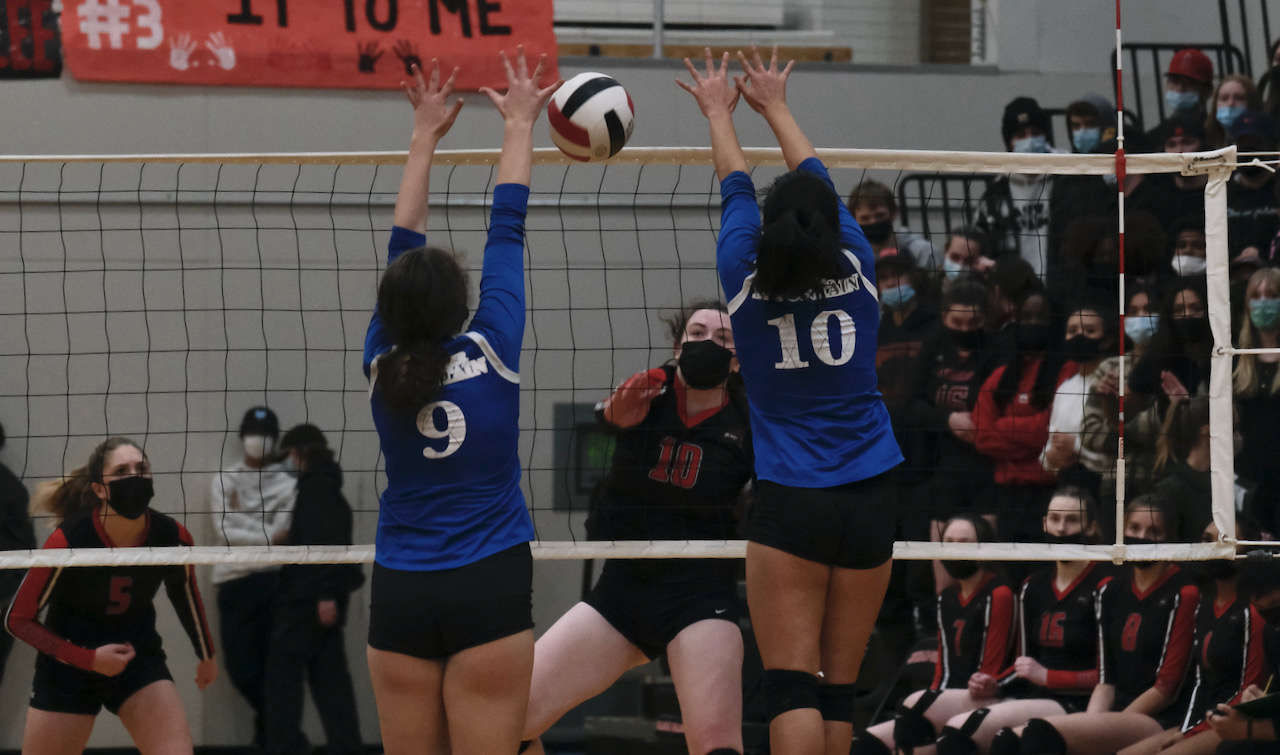