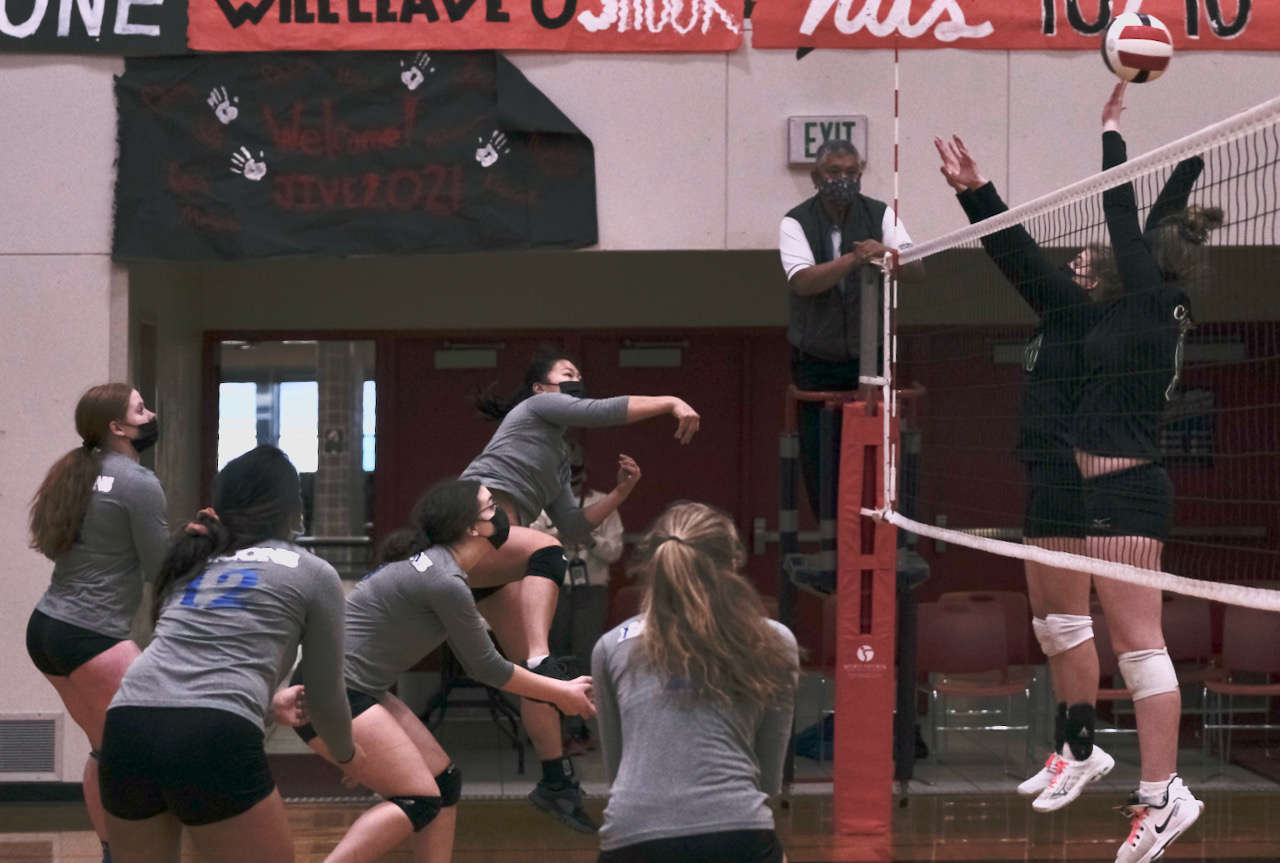 The Colony Knights from Palmer defeated the Thunder Mountain Falcons in the first championship game and TMHS came back to defeat Juneau-Douglas Yadaa.at Kalé in a play-in game and Colony in the second title game. TMHS and Colony each had one loss but due to the Knights needing to catch a flight, both squads agreed to share the JIVE title.

“We got to play Colony up north and we got to play them in our gym and host them so we are using the term that Colony is our friend,” TMHS coach Julie Herman said. “We got to talk strategy a little bit with them. So to tie them, to finish that way, it actually felt even, it just felt awesome. When you get to play teams that are that good and you play with them and you play well… did you lose or did you grow? We are not really worried about wins or losses at this point, we are worried about growth and continuing to get ready for regions.”

Combined statistics provided by TMHS for the Falcons include:

Fifty-six games were played among nine teams on Friday’s opening round robin schedule to seed a two-pool format Saturday morning for seeding in bracket championships.

“We got a lot of growth this weekend,” Herman said. “We got to work deep into our bench. Whene you get to play in a tournament where everybody gets to play and the team continues to grow and improve you leave the weekend feeling really good.”

In the losers bracket, Sitka eliminated Mt. Edgecumbe and TMHS eliminated Craig. TMHS then eliminated Sitka and JDHS to earn the championship match against Colony. TMHS won the first match, which gave both teams one loss. Due to a travel time crunch both teams agreed that getting Colony to the airport on time superseded the if-necessary game for the title and the teams were crowned co-champions. 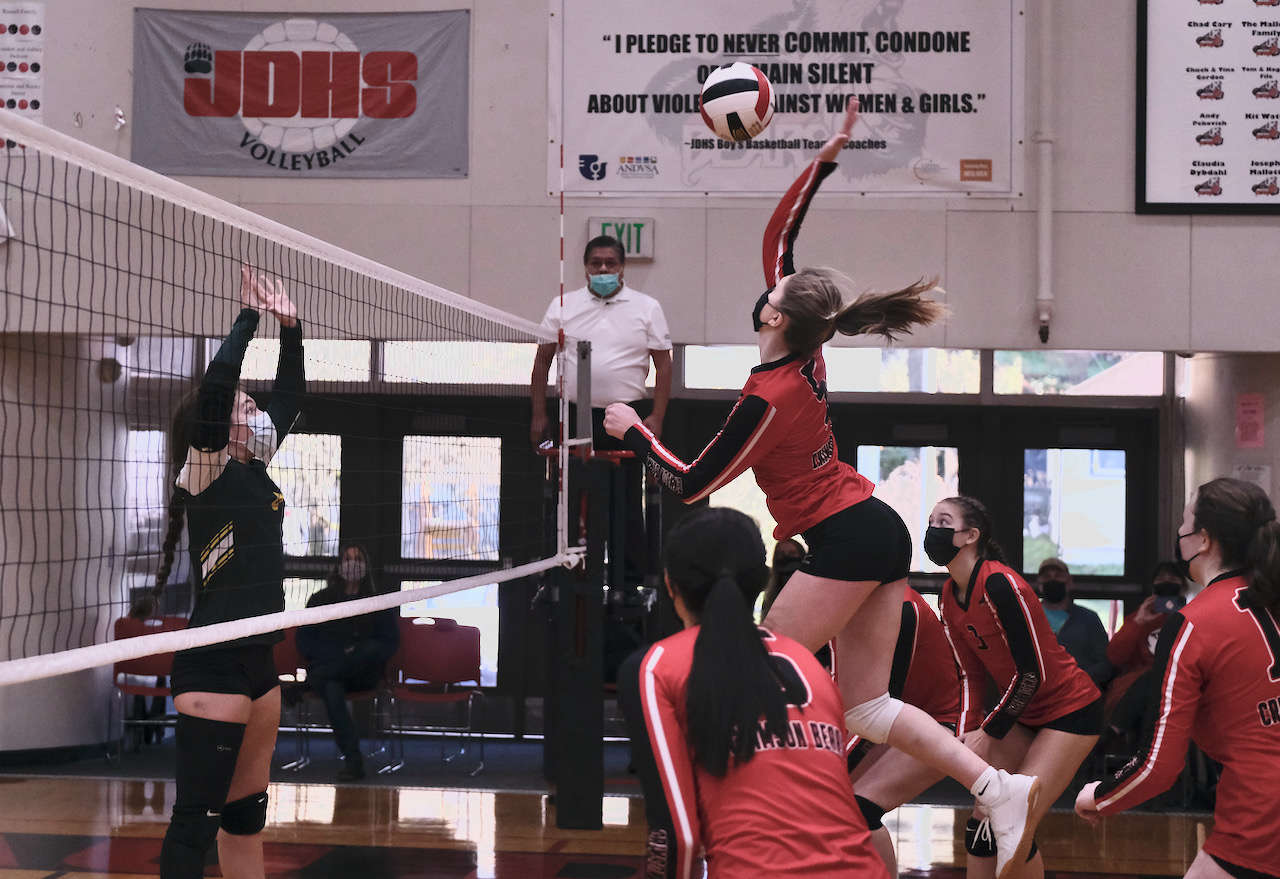 Above - JDHS senior Brooke Sandford kills a shot against Craig during the JIVE tournament at JDHS. 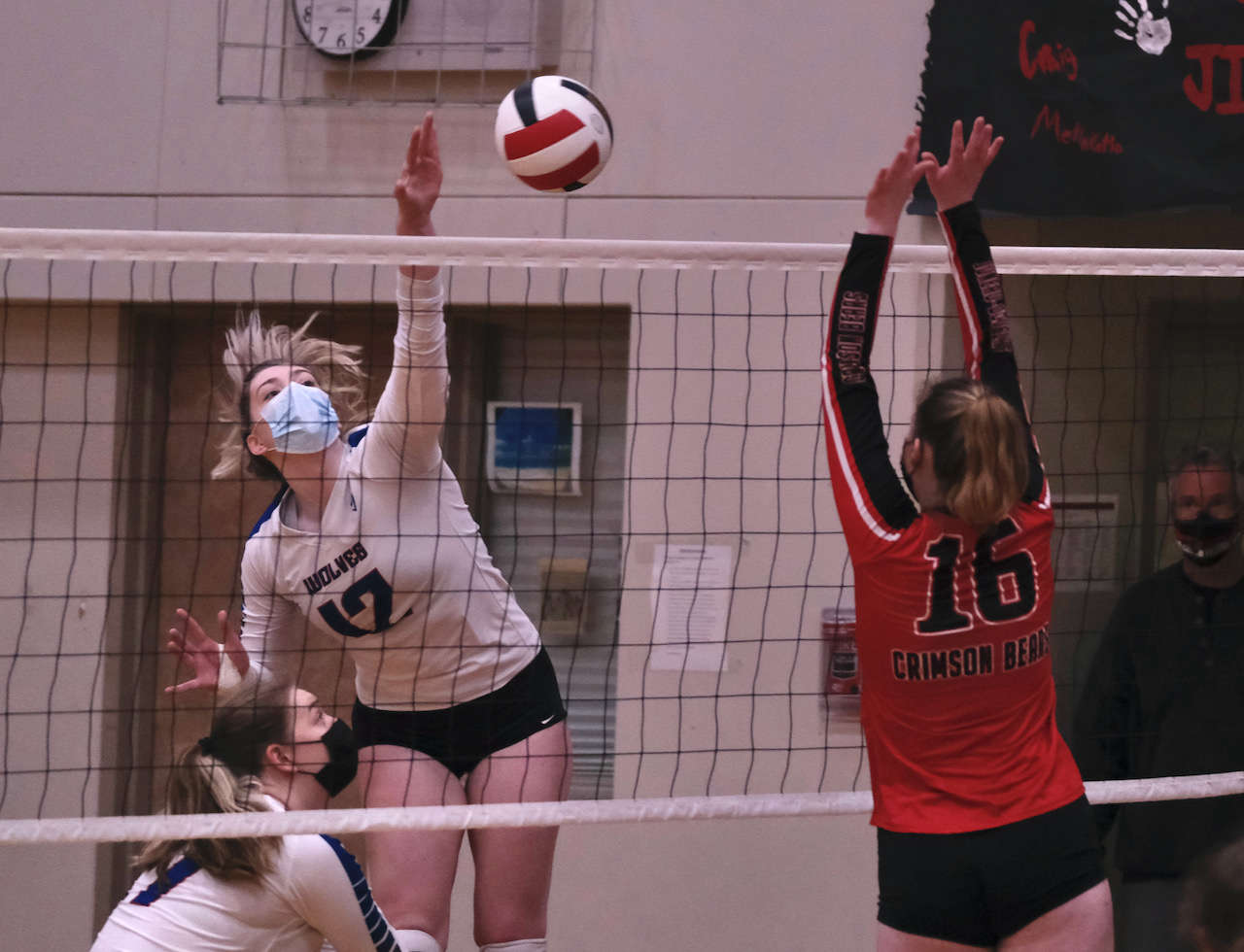 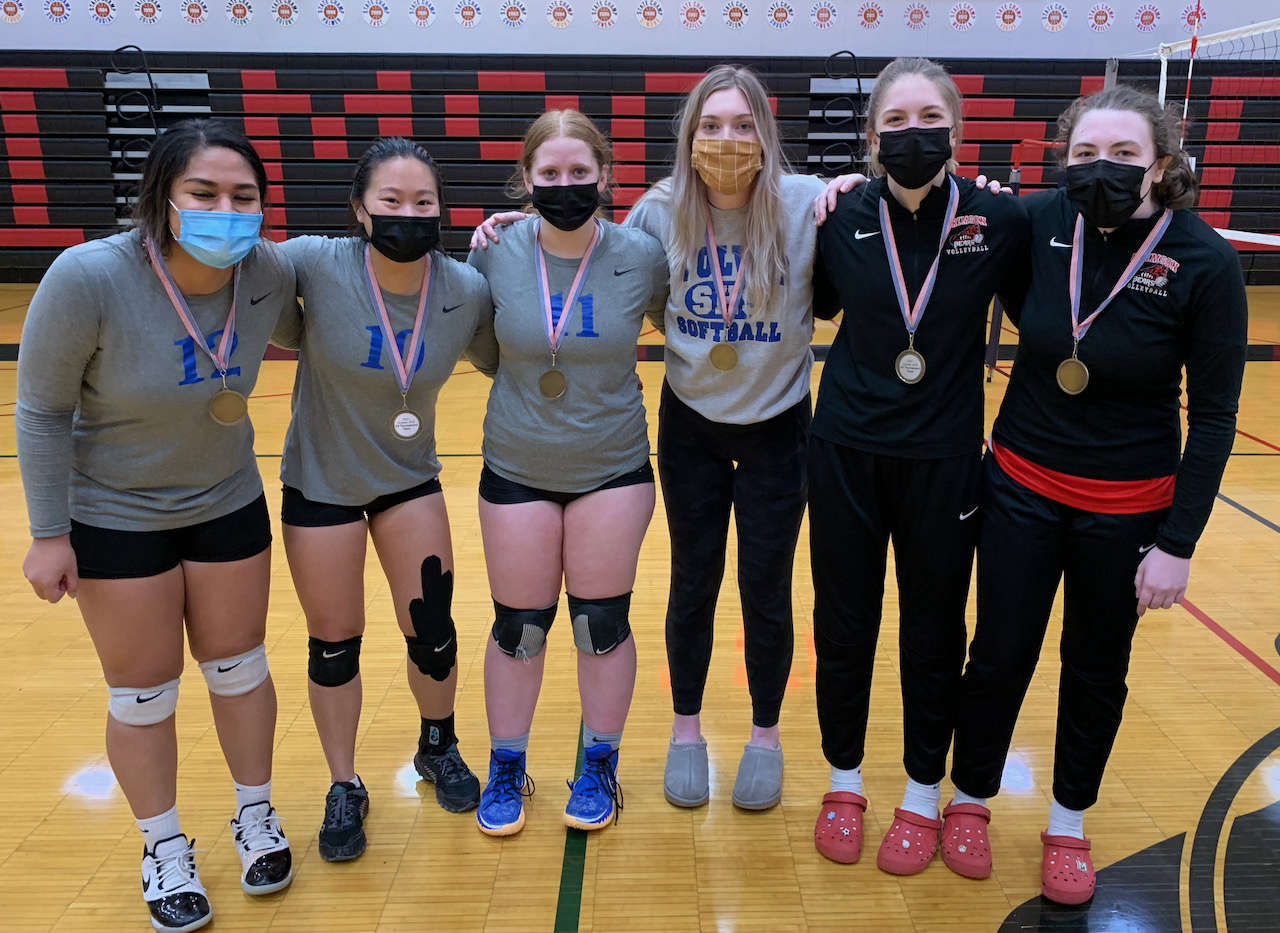