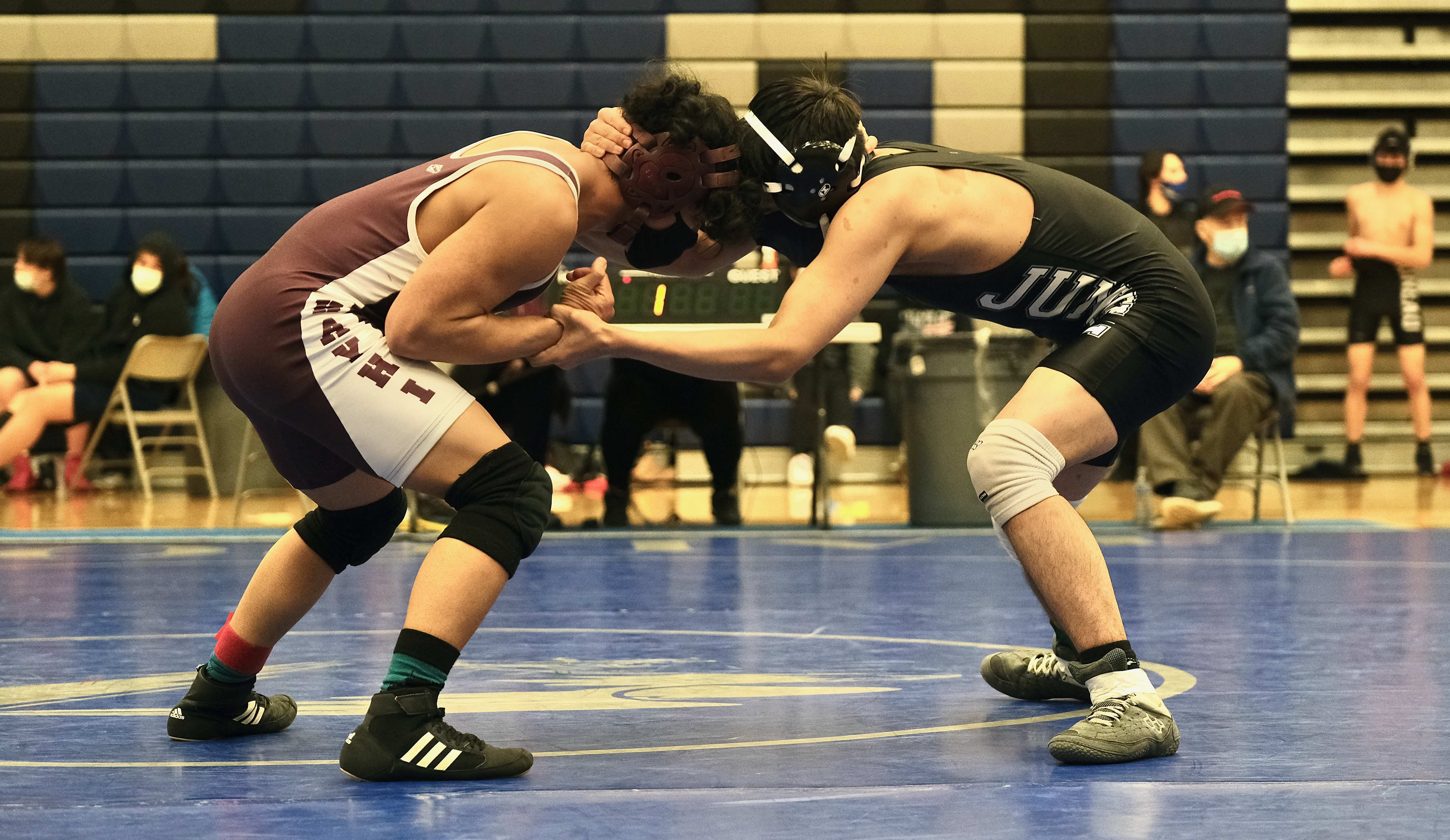 “We have had a few small tournaments in Southeast but it is nice to be able to finally show off all our hard work at home,” Falcons head coach Adam Messmer said. “There are a lot of freshmen on this team and a lot of parents that haven’t had the chance to watch their kids wrestle this whole year. I know the kids are excited about wrestling at home and showing their family and friends what they have been working on.”

Teams from Haines, Ketchikan, Mt. Edgecumbe, Petersburg, Sitka and Wrangell are expected to attend and 87 wrestlers are scheduled to compete. The tournament is a preview of the Region V tournament scheduled for Wrangell on Dec. 10-11, in which the Falcons grapplers will need to qualify for state over division one opponents from Ketchikan.

For this weekend, Messmer said the conditioning is set.

“We kind of battled at the beginning of the season between having fun and working hard,” he said. “Beginning of the season you kind of really have to knuckle down and focus. There is not a whole lot of time for fun and games. And now that they are pretty well conditioned and everybody kind of knows their role and what they are doing we are having pretty intense practices that allows for a little bit more fun and games at the end. These guys have really came together as a team. They don’t let each other get away with anything but they also have a lot of fun together. It has just been a pleasure coaching them this year.”

The Brandon Pilot Invitational Tournament begins at 5:15 p.m. on Friday (Dec. 2) and continues at 9:30 a.m. Saturday. There will be a lunch break Saturday with action resuming at 1 p.m. The Falcons senior night and tournament finals begin at 5:30 p.m. Saturday. TMHS seniors Blaze Darbonne, Kadin Messmer, Kaleb Paddock and Thomas Jim will be honored.

Spectators will be allowed at this time must be masked at all times, which will be enforced. Wrestlers will not wrestle in masks but must put them on at the completion of all matches and while in the building.

The tournament is named in honor of Brandon Pilot, who was a freshman on the 2000 JDHS Crimson Bears wrestling team when he died in a vehicle accident on Fish Creek Road on Nov. 18. A week later the wrestling team went on with the scheduled Thanksgiving Classic wrestling meet, dedicating it to Pilot’s memory, and won the team title. The following year the tournament was renamed in his honor. Pilot was a distinguished club wrestler and competed at national tournaments. He was an all around athlete from baseball to football and wrestling.