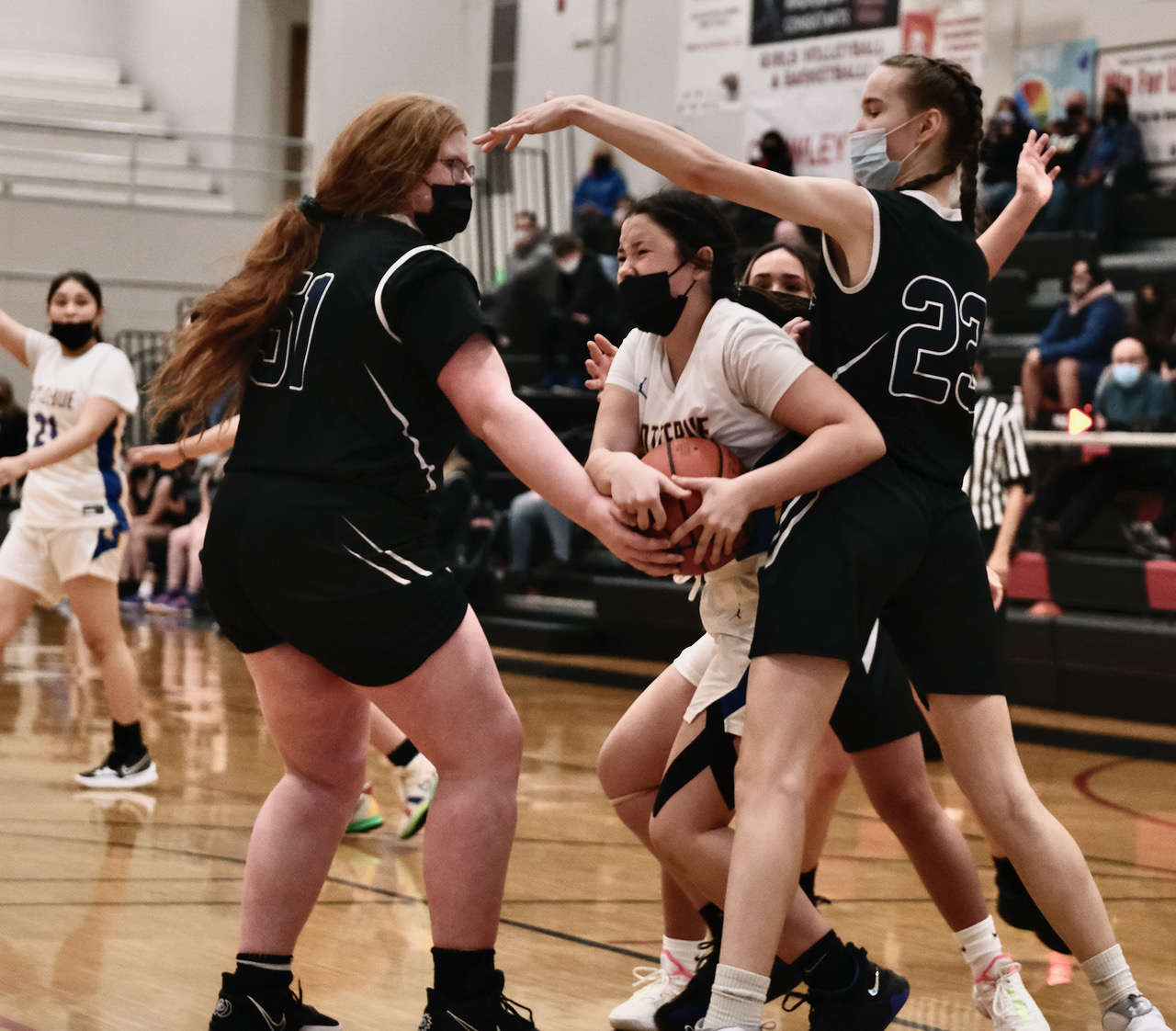 Juneau, Alaska (KINY) - The Thunder Mountain High School girls basketball team proved to be too strong inside for the Kotzebue Huskies during the final day of the Princess Tours Capital City Classic, winning 44-27 at the Juneau-Douglas High School: Yadaa.at Kalé gymnasium on Thursday.

“It is always fun when everybody plays,” Thunder Mountain coach Andy Lee said. “And today was fun. You don’t very often get a chance to reward the number 12 and 13 in your program with significant minutes at the varsity level.”

After a slow start in the first quarter the Falcons used their size to forge a 14-6 lead after eight minutes of action behind freshman Cailynn Baxter’s seven points and three rebounds and senior Sydney Strong’s four points and five rebounds.

“We have kind of a new, young team, not super young but we graduated a lot of girls so we are rebuilding a little bit,” Kotzebue coach Jade Hill said of her Huskies. “Our point was to have a good time. These were our first games of the season and they are really nice girls. I think their teammate shows a lot of what they have.

Kotzebue ball handler Starr Thomas and wing threat Destiny Hoffman tried to keep the Huskies in the game with an assortment of slick moves and tough defense.

“They are the leaders,” Coach Hill said. “They are the talkers, the ones that really set the tones in the game and it kind of rolled over from the volleyball season, and they stepped it up in the basketball season too.”

Hoffman would foul out in the second quarter in an attempt to stop the athletic Falcons who went into the half up 28-9 and were never threatened the rest of the game.

“It was great to bring kids up and get real time minutes in the third quarter of a varsity game,” Lee said. “The one thing our program lacks is experience, and today we filled in some of that hole. Today at the end of the game it was great to look out on the court and see five freshmen on the court. It was fun today because everybody played and everybody contributed.”

“We’ve met a bunch of new friends on the opposite team,” Coach Hill said of the Huskies. “Juneau is really nice, we went out on some walking adventures. And I think just playing basketball again because we were pretty quite, we didn’t play very many last year. So they are excited for this year.”

The Falcons finished with two wins and one loss in the tournament. They also defeated Eagle River 48-16 and lost to Juneau-Douglas 46-36. 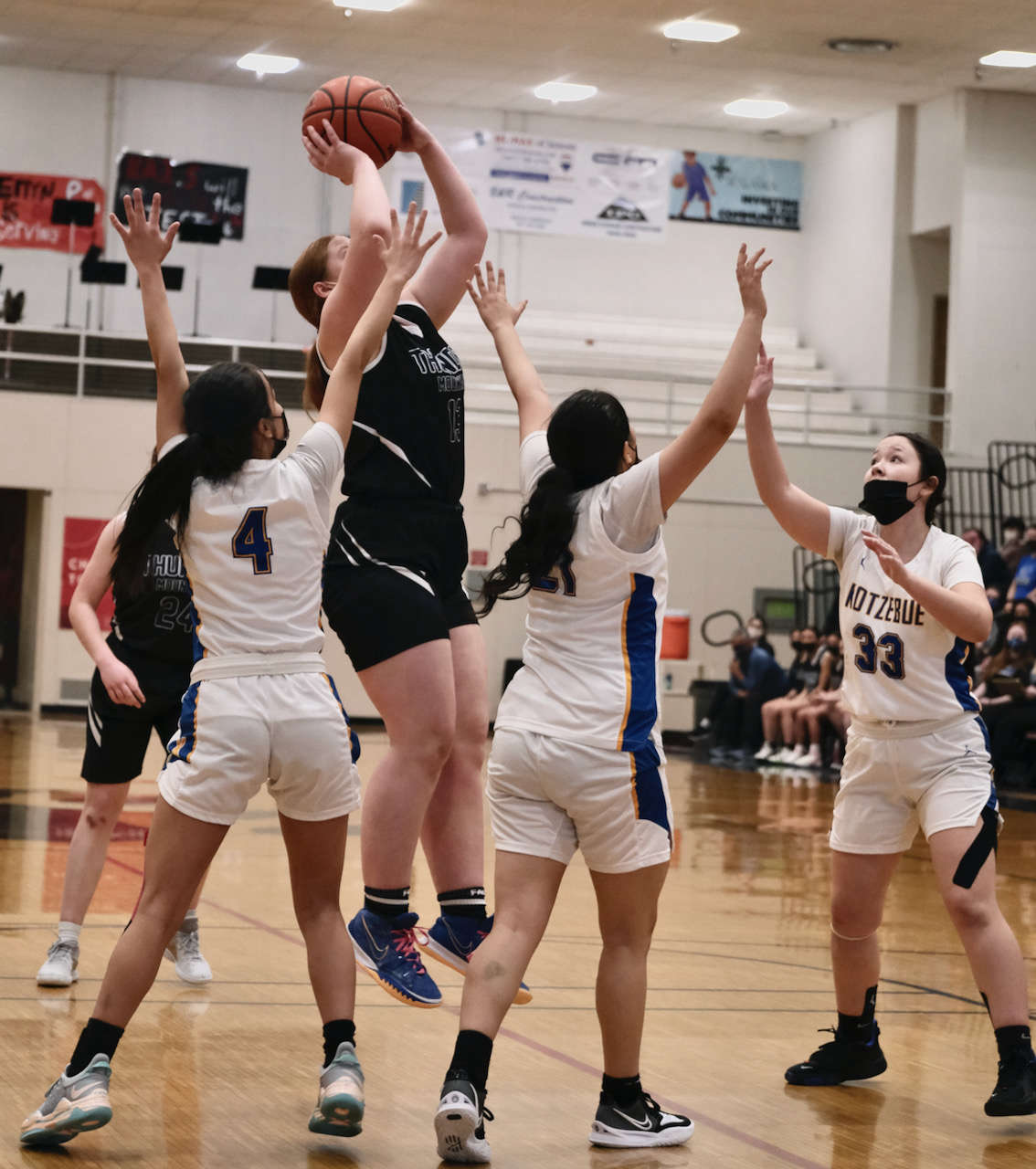