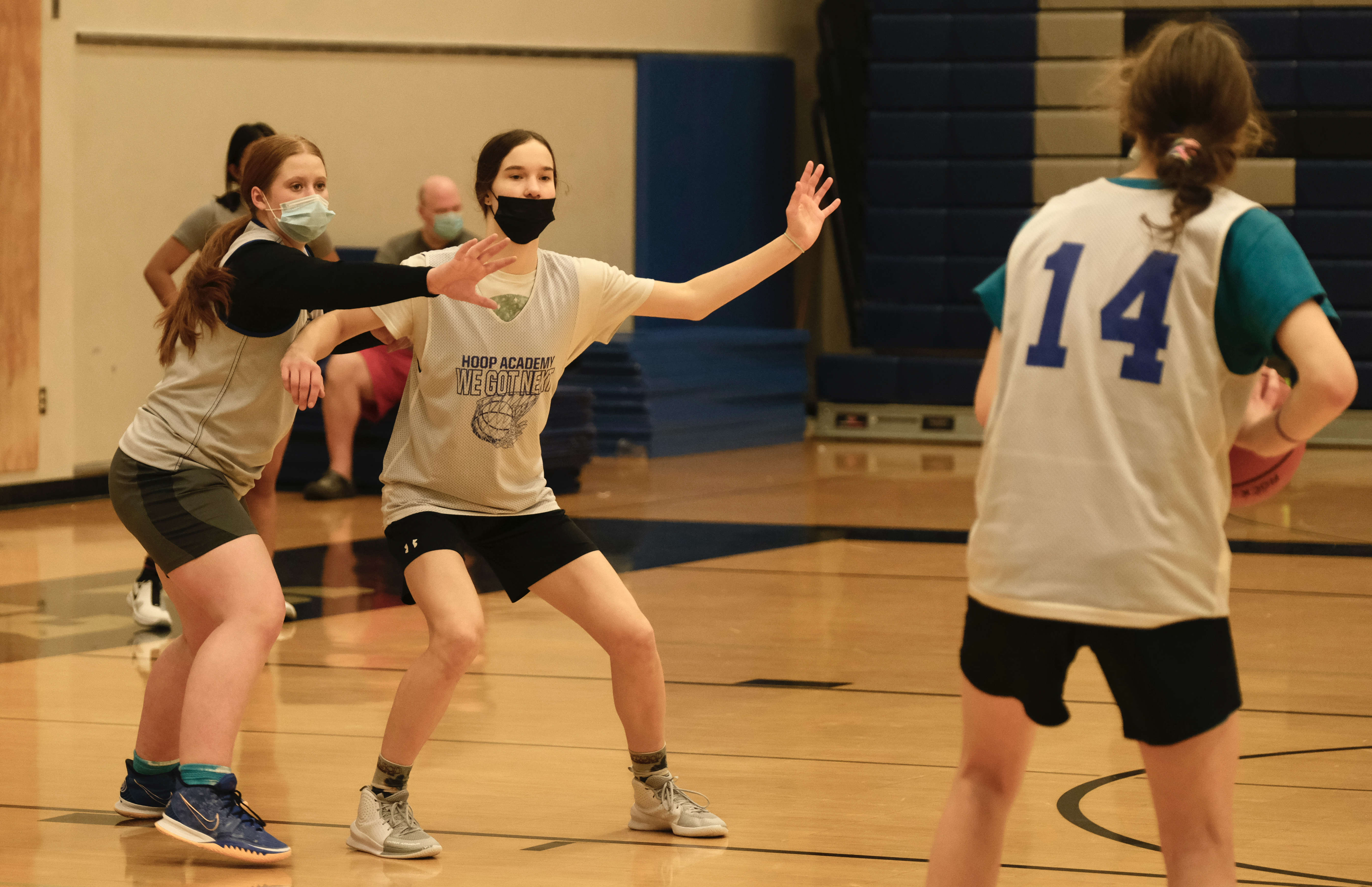 Juneau, Alaska (KINY) - The Thunder Mountain girls basketball team jumped into the high school road season against one of the state’s best on their home court and put up a valiant effort but came up on the losing end of a 58-14 score.

Wasilla used their height and a tenacious full-court press to open a 16-4 first quarter lead and led 34-7 at the half.

“New players have to experience higher levels of play,” Lee said. “So when you have players that didn’t experience high levels of play in middle school or junior varsity there is no way to replicate that other than throwing them into the fire. Now those kids that are mentally tough become more coachable through that humility and pain. You get more coachable. Now you’ll  listen when someone says ‘you have to run harder or you have to do more reps or you have to work out in July.’ Especially kids in isolated areas that don’t get to see six-foot-five girls.”

“End to end we didn’t quit,” Lee said. “And we were really coachable. We really tried to execute stuff the right way and we were trying when the final buzzer sounded.

The Falcons were held scoreless in the third quarter while the Warriors opened a 48-7 advantage.

Freshman Kerra Baxter put two free throws in for the Falcons to break the scoring drought in the top of the final period.

The Falcons face Mt. Edgecumbe Friday and California’s national ranked Sierra Canyon on Saturday. Mt. Edgecumbe is a top 3A school that will go full court press while rotating 10 players.

“It’s one of those games where it is hard to play,” Lee said. “It’s going to be physical and scrappy. They make it difficult to run plays. They rebound the heck out of the ball and they press with 10 kids. It is a different kind of a challenge, it is no less of a challenge. What they want you to do is play their style. We’re so young, we’re at that point where we have to impose our will on their style.”

“It doesn’t get easier from here,” Lee said. “It’s necessary. And we knew that, and that’s why we are here. The schedule is set up to be weighted to the front end and by the time we get to conference and January 28, we are hoping that the summer and these games bring us to a good place. We’re going to take our lumps but we know the past and we just have to be mentally tough to get through these.”