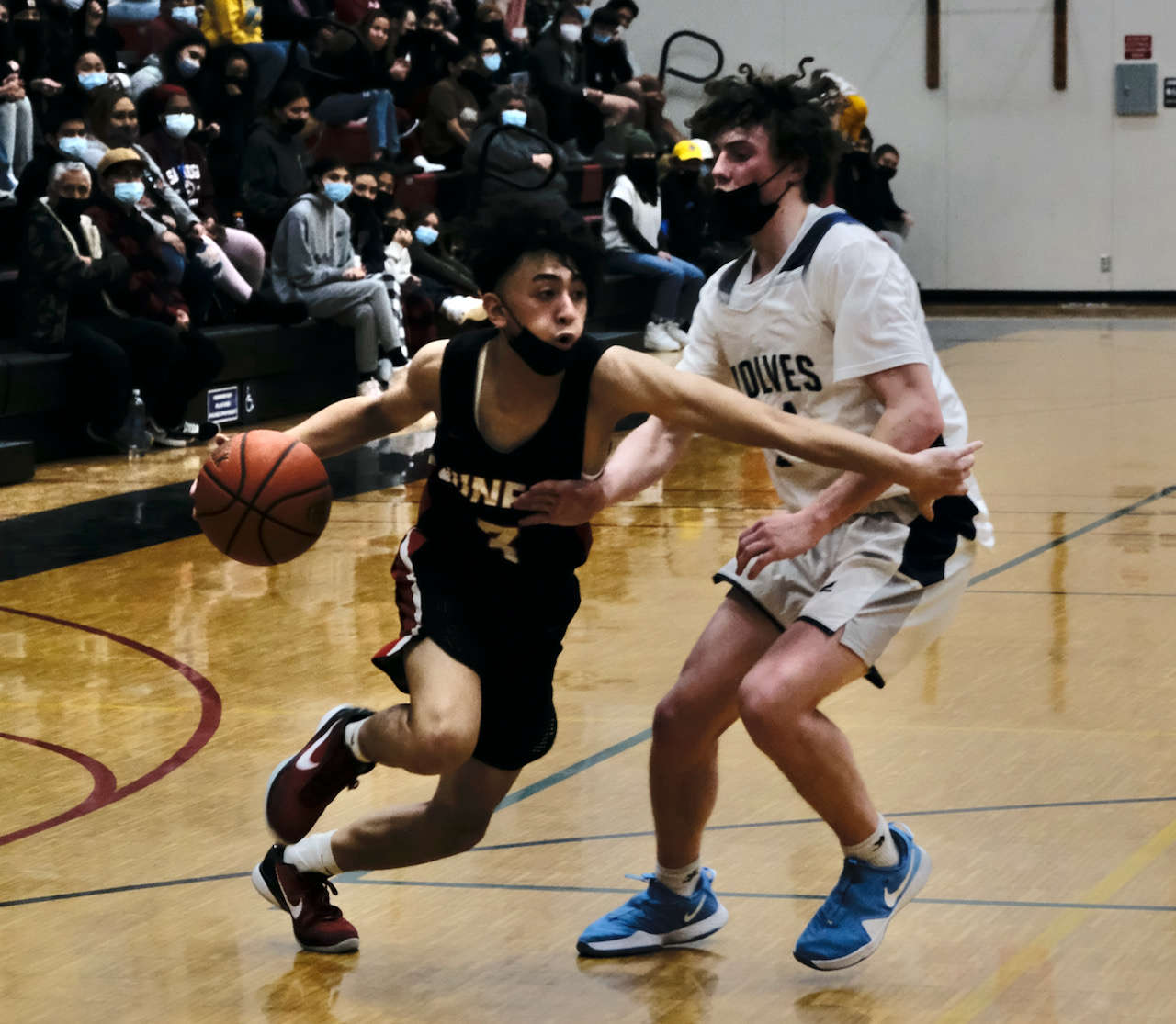 “We try to schedule tough early and we have to make sure we do learn from it,” JDHS coach Robert Casperson said. “We talked about blocking out and I thought we came out and focused on that and did a good job. Then we lost our focus and gave up a lot of offensive rebounds. And really what hurt us was run-out layups. I don’t know how many times we had to talk about getting back. We just let guys run right by us. Thankfully that is something that we can correct and we are going to need to.”

JDHS looked like the team to beat in the tournament, opening a 16-5 first quarter lead behind sophomore guards Alwen Carrillo and Sean Oliver.

Eagle River closed that gap in a hurry in the second quarter behind 12 points from junior guard Spencer Love - including two deep shots past the arch - and 10 points form senior forward Jaken Howard and eight more from senior guard Benni Collins.

Carrillo and Oliver kept pace outside for the Crimson Bears and junior forward Orion Dybdahl fought inside with key rebound put backs.

Dybdahl scored two straight buckets for a 22-17 lead and Oliver buried a triple for a 25-17 advantage midway through the second stanza.

The teams kept trading baskets with Eagle River slowly working to a 33-32 advantage on a basket by Collins with 30 seconds left in the second quarter. Rolan Burley made an old fashioned three-point play and Collins hit again for a 38-32 halftime edge.

“We have a pretty young group and this was certainly a way to build some experience,” Casperson said. “They are pretty senior heavy over there and they play strong and they are aggressive. But we have a lot of ball handlers and guys that are capable of getting the ball across the floor. Alwen (Carrillo) is absolutely a very good point guard and sees the floor really well and can do a lot of different things with the ball. So he is going to make the right decision more times than not.”

After two JDHS baskets by Dybdahl to open the second half, Carrillo stole the ball and scored to pull within 40-38.

The Crimson Bears would stay within six points through the third quarter closing to one-point, 52-51, on a deep shot past the arch by Carrillo.

Love answered for the Wolves with his own deep score at the buzzer for a 55-51 lead.

Collins and Love gave Eagler River a 61-51 lead at the start of the fourth quarter.

The Crimson Bears would battle back again behind a deep shot from Oliver and another a little closer. Junior Chris Harris scored inside and senior Porter Nelson hit a free-throw to close within four, 64-60 with four minutes remaining. Carrillo cut that margin to two points with two minutes left but two quick scores by Eagle River senior Charles Wallace and Burley pushed the margin to 68-62.

JDHS had multiple opportunities to score over the final minute of action but shots wouldn’t fall and Eagle River’s Burly put the final two points on the board from the charity stripe.

“I think we took away from the game that we have to maintain focus for a whole 32 minutes of a varsity game,” Casperson said. 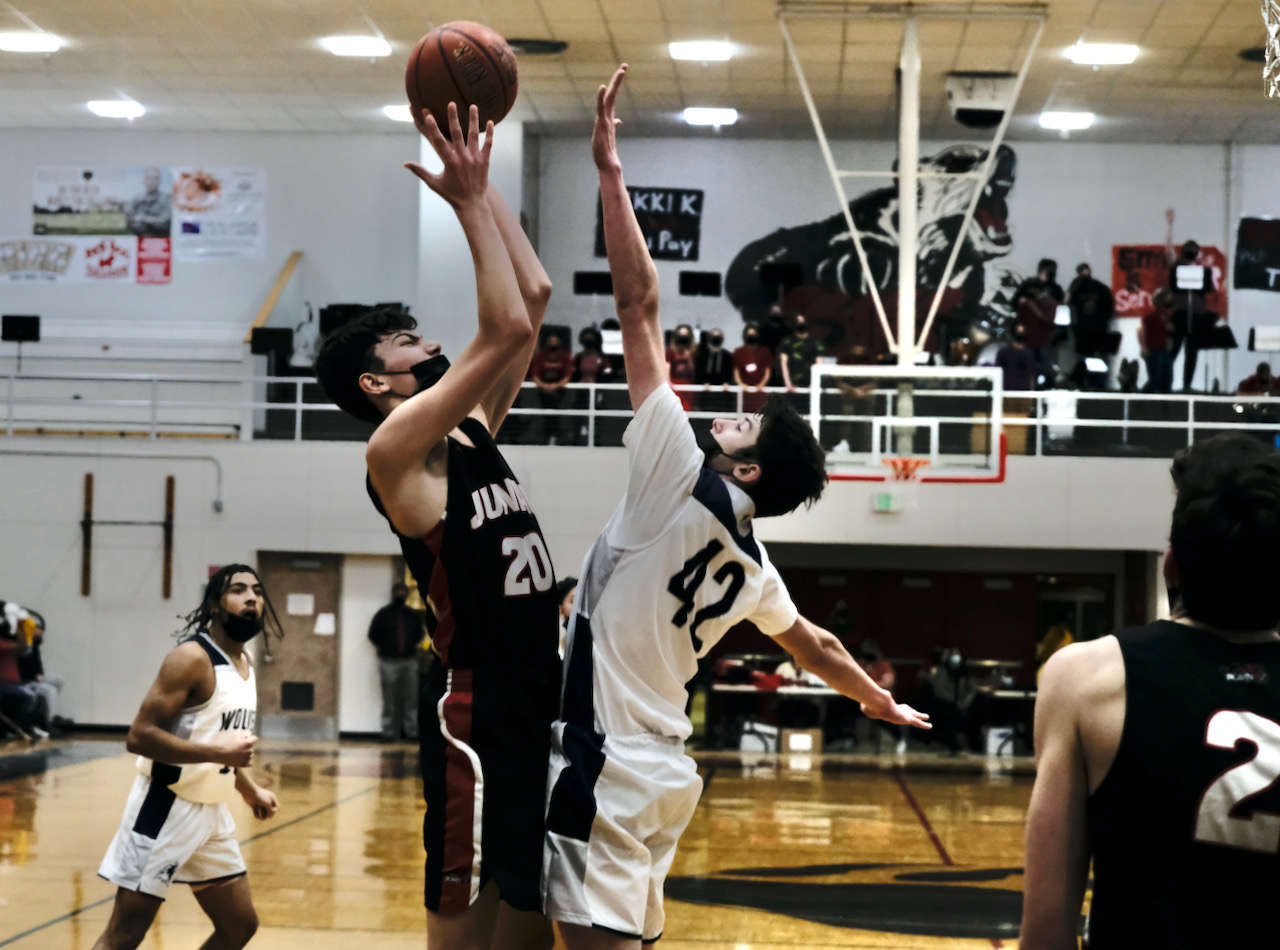