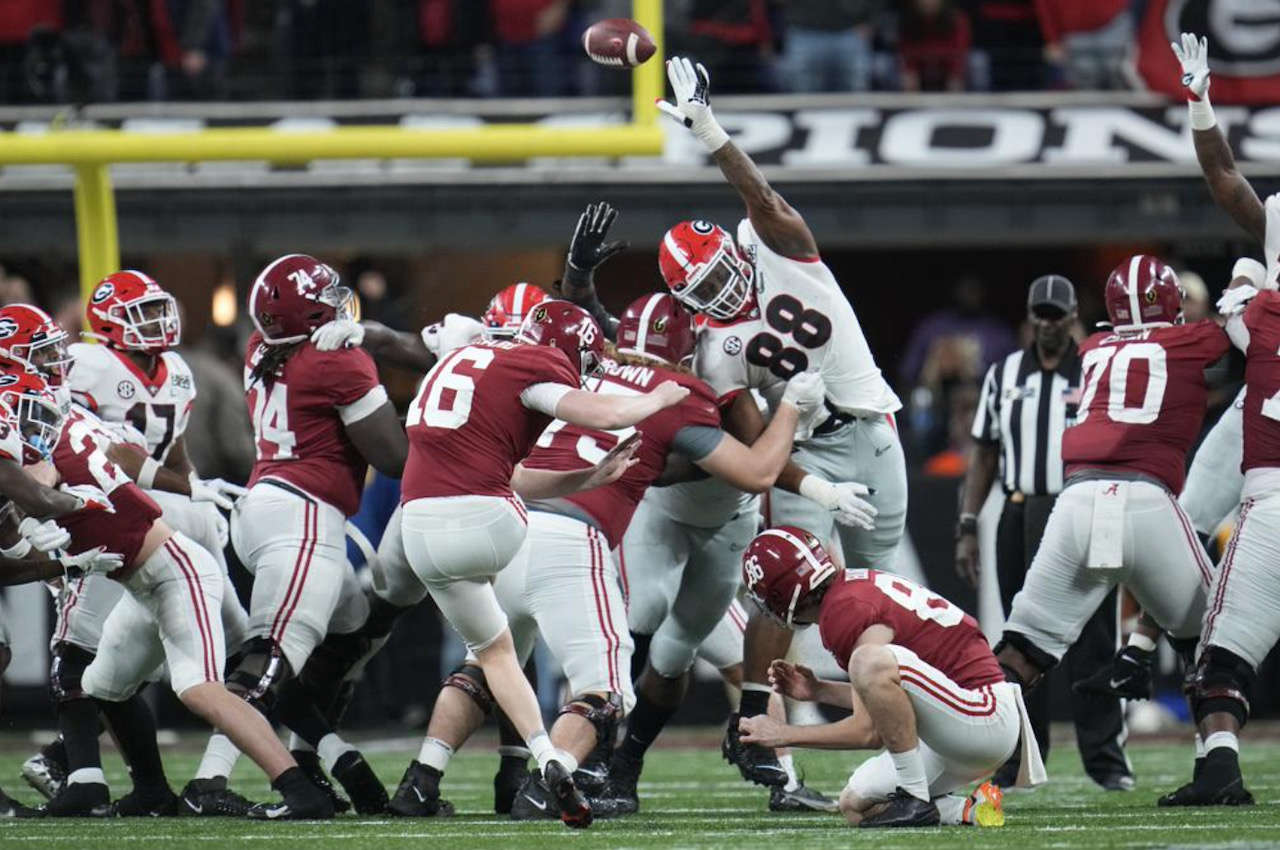 (AP/ Charles Odum) - Georgia won its long-awaited national championship the way it dominated during an undefeated regular season — by relying on its defense.

The Bulldogs allowed only 30 yards rushing in beating Alabama 33-18 on Monday night in Indianapolis. Georgia (14-1) won its first national title since the 1980 season.

Quarterback Stetson Bennett gave credit to the defense for the championship win.

“First of all, it was the defense that kept us in this game while we were stumbling over our own feet in the first half,” Bennett said. “They won this game for us.”

It was redemption for a unit that hadn’t allowed more than 17 points in a game before being humbled in its 41-24 loss to Alabama in the Southeastern Conference championship game on Dec. 4.

“We talked about putting it on our shoulders and it was on us,” linebacker Nakobe Dean said. “We knew when we took the lead if they don’t score no more, they don’t win.”

The defense regained its swagger with a 34-11 semifinal win over Michigan. Winning the rematch with Alabama (13-2) was the crowning achievement for Smart and his defense.

The Bulldogs entered the championship game allowing a nation-best 9.6 points per game.

Cine had seven tackles, including one for a loss.

Held without a sack in the loss to Alabama in Atlanta, Georgia’s defense appeared to break through on the fourth play of the game.

Defensive tackle Jordan Davis reached Alabama quarterback Bryce Young for an apparent sack. Young lost control of the ball, and linebacker Nakobe Dean scooped it up and ran for what was called a touchdown by the officials.

Following a review, the play was ruled an incomplete pass. Officials ruled Young’s arm was going forward as he was tossed to the ground. The Crimson Tide’s drive continued and ended with a field goal.

Linebacker Channing Tindall gave Georgia its long-awaited first sack of Young, for a loss of 13 yards, in the second quarter as the Crimson Tide again settled for a field goal by Will Reichard.

Tindall and Quay Walker each had eight tackles.

The defense ruled the remainder of the game.

“We took the challenge,” Dean said. “We knew every time they got to the red area we were going to bow our necks and do what we needed to do.”