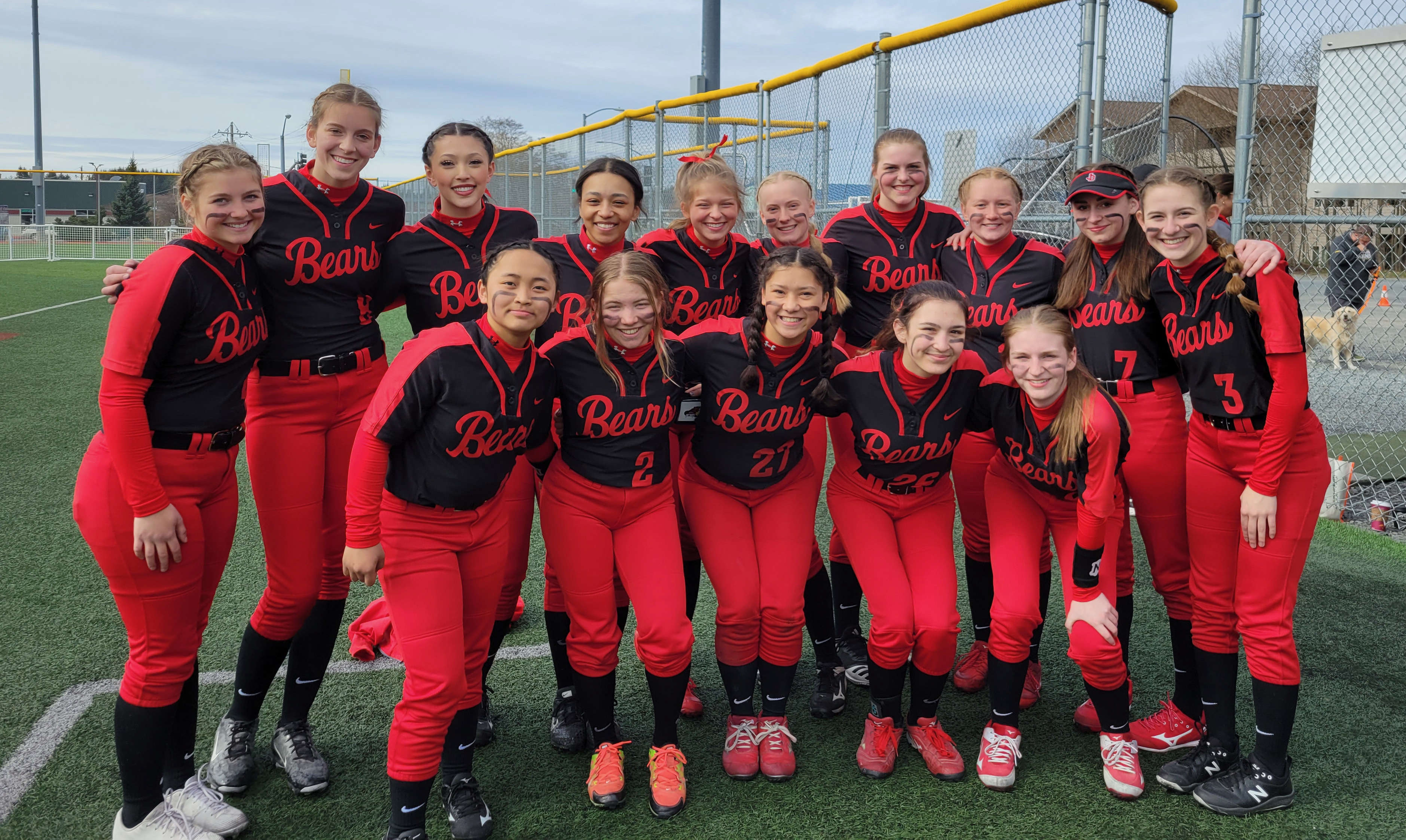 Juneau, Alaska (KINY) - For the second day in a row the Juneau-Douglas High School: Yadaa.at Kalé Crimson Bears girls softball team put a football tally on the Moller Field scoreboard in Sitka, defeating the host Wolves 16-7, Friday, and they followed that with a non-conference 26-6 win.

Add that to Thursday’s 16-3 victory over the Wolves and the Crimson Bears totaled 58 runs.

In Friday’s SEC game JDHS trailed 4-0 after the first inning before Zoey Billings singled to start the second inning, advanced to third base on a sacrifice by Gloria Bixby and scored on an error in the Sitka outfield.

The Crimson Bears then plated six runs in the top of the third inning as Tristan Oliva walked, Mariah Schauwecker reached on an error, and Anna Dale walked.

Oliva would score on a passed ball and Mila Hargrave walked to load the bases for Z. Billings who put a double into center field scoring Schauwecker and Dale for a 5-4 JDHS lead.

Kiah Yadao followed with a double scoring Z. Billings for a 6-4 advantage.

JDHS would add three runs in the fifth inning on a triple by Chloe Casperson and seven more in the sixth inning including RBI doubles by Bixby and Tatum Billings for their final tally.

In the second game of the twin-bill the Crimson Bears put 16 of their 26 runs across the plate in the first inning.

Sitka was led by three RBI by Kaelynn Balovich, two hits by Callahan and two runs scored by Naia Nelson.

JDHS will play in California this coming weekend, April 29-30.