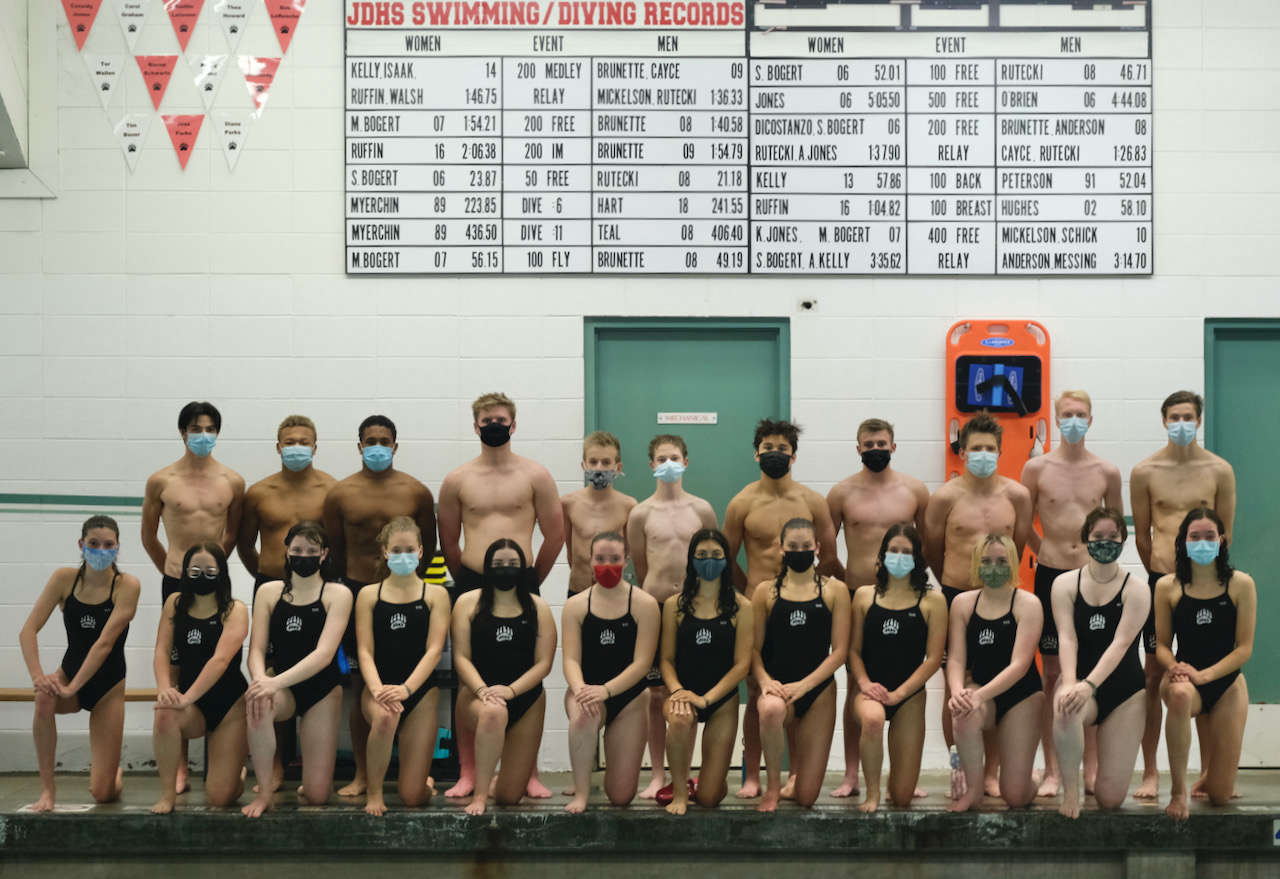 JDHS coach Seth Cayce was excited to return to travel after the pandemic last year restricted that.

“I feel like we have a pretty good team this year,” Cayce said from the deck of the Augustus Brown Pool. “A lot of young ones.”

He noted nine freshmen who will be new to high school meets and four sophomores who did not get the opportunity for a traditional freshman year.

“This is kind of like their first high school season because last year was such a bummer in a lot of different ways,” Cayce said. “We never got to travel. We only competed three times and it was just against TM, which is great but it is not what high school season is about. We are looking forward to getting to race against the rest of Southeast again.”

Cayce said the team is not concentrating on school records but noted junior Chaz VanSlyke, sophomore Samantha Schwarting and freshman Emma Fellman could do so.

“Some of the younger swimmers might have a shot later on in their careers,” he said. “We’ll see what happens. I would love to see some records fall this year.”

A lot of the Crimson Bears swimmers had been coached by Cayce during his first coaching years, and their earlier careers, with the Glacier Swim Club.

“It is kind of cool to see them progress through GSC and now I get them in high school, which is a lot of fun,” he said. “They are excited to be here and I am excited to have them and they are talented swimmers. I am looking forward to this season and the next few years.”

Cayce said having the state championships at the Dimond Park Aquatic Center in Juneau this November is great, even though the swimmers like traveling.

“And it is always fun to go up to Anchorage,” Cayce said. “But having that home field advantage is a huge factor. You get to sleep in your own bed, eat your own meals and you don’t have to travel. Even though we travel a day before it still has a big impact.”

Some of the JDHS seniors shared their thoughts on the season.

Tytan Frawley will be focusing on the 500 freestyle.

“I am hoping to win state this year,” said Frawley, who is focusing on the 500 freestyle. “The thing I am excited most about this year is definitely everyone coming back. Being close to each other once again. And traveling, that’s a real excitement. Just excited to get out there and swim this weekend.”

Tahlia Gerger is focusing on the 100 backstroke.

“I will be working on that this year, hoping to make state again,” Gerger said. “I am looking forward to connecting with new team members and team members we had last year, but didn’t have the year before. Because without going to meets we weren’t really able to make some of the friendships we had before.”

Madelyn Boman is focusing on the 50 free.

“I am excited to travel and spend time with new teammates,” Boman said.

“I am kind of just all over the place,” Mallott said. “I am really excited, like Tahlia and Maddie said, to connect with new swimmers and really make those bonds that are so important to our swim team even during COVID.”

“Hopefully win regions,” he said. “I am looking forward to traveling again, even with COVID. It’s a real blessing to be able to travel and reconnect with old friends.”

Frawley swam in the 2019 state championships as a member of the Sitka Wolves and competed in the 200 free and 500 free. 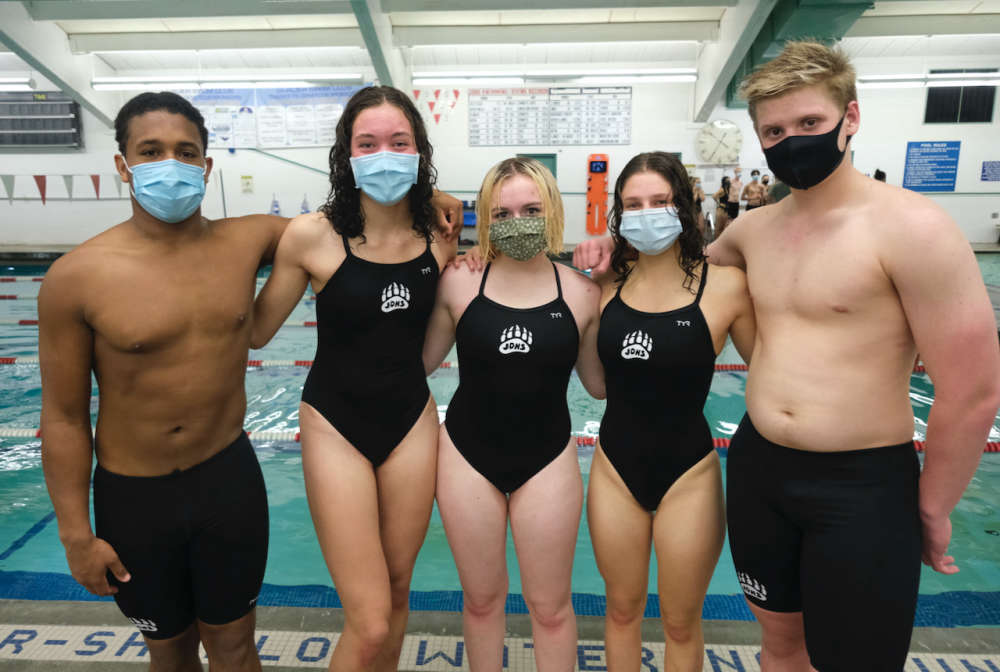