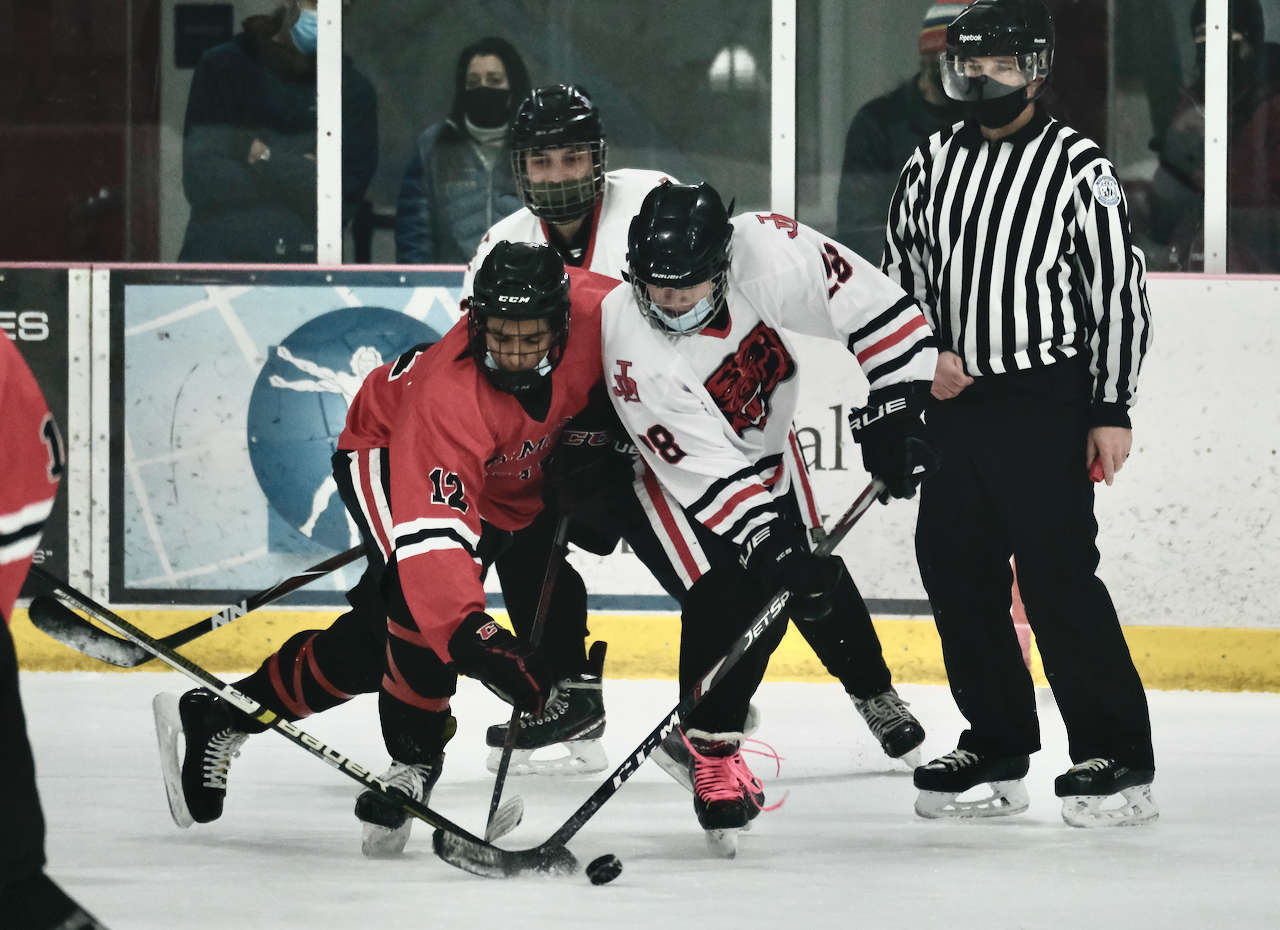 Juneau, Alaska (KINY) - Last weekend’s winless road trip doesn’t mean the Juneau-Douglas Yadaa.at Kalé hockey team was unsuccessful. The Crimson Bears put in some serious ice time in a 2-2 overtime tie with Homer, a 4-3 loss to Homer and a 5-4 overtime loss to Kenai and will use that experience when they host Kodiak this Friday and Saturday at Treadwell Arena.

“The games we played up there were highly contested for sure,” Crimson Bears coach Luke Adams said. “Despite not getting the ‘W’ again our kids competed really hard. We talked about that today in our post weekend meeting before this week of practice. We had a lot of good things happen in those games.”

“We scored a lot of good dirty goals which are just battles around the net,” Adams said of the weekend. “That was a very good weekend of hockey against some quality opponents and we hung in there the whole time.”

“With us not having games last year we knew we would have some speed bumps,” Adams said. “And the response from the kids today, and last weekend, has been just a testament to their competitive level so we’re excited to move forward and become a better team.”

Sooter saved 30 shots on goal for the Crimson Bears.

“When the season comes down to these type of games in pressure situations we are going to have some experience which we are hoping is going to pay some dividends,” Adams said. “Despite not being able to win those games we learned a ton about ourselves and what we need to keep doing. It helps prepare for those situations where if we get into another overtime or tight game, in the end our kids will have more tools in their tool box to be able to compete and likely find a way to win.”

“We are happy with the weekend result and we are happy to move forward this weekend with Kodiak,” Adams said. “The opening home series for the season, our kids are excited and we are looking forward to the challenge.”

This is Kodiak’s first season of high school hockey but they have had a strong club program that has finally allowed an Alaska School Activities Association designation to compete.

“They are definitely going to be young but they are energetic,” Adams said. “What we do know is that they are hungry. They don’t have a conference win this season so they are going to come in really wanting that win as well. So what we have got this weekend is two teams that are in a situation where they need to find a way to win some games to get good seeding for the post season or possibly a state tournament berth.”

Adams said it will be a good weekend of hockey.

“Our kids are ready to prepare,” he said. “We are excited for this week of practice to kind of fix some of those things that didn’t work out for us this past weekend on the Peninsula. We are excited. The kids feel that energy. It is going to be a pretty special moment to play another game in Treadwell because it has been a while, it’s been two years now.”

Adams noted that the early season has shown the biggest area needed for improvement for the Crimson Bears is on the physical side.

“We want to be a more physical team,” he said. “We feel like we have some good team speed but when we play a physical game we disrupt the opponents a little more. I think that is something we can improve on from this weekend. So we are really going to be focusing on the physical game.”

The team will also work on the defensive side of the puck.

“We have some things to improve on,” Adams said. “The short season that we have had so far we spent a lot of time on the offensive side of the puck but at this time we are going to kind of switch gears and really put a heavy focus on the defensive side. They say offense wins games, defense wins championships, and if our goal is to compete at the end of the season in the tournament for state we want to be ready and our focus is really going more defensively now moving into the second half of the season with some really good competition in the near future.” 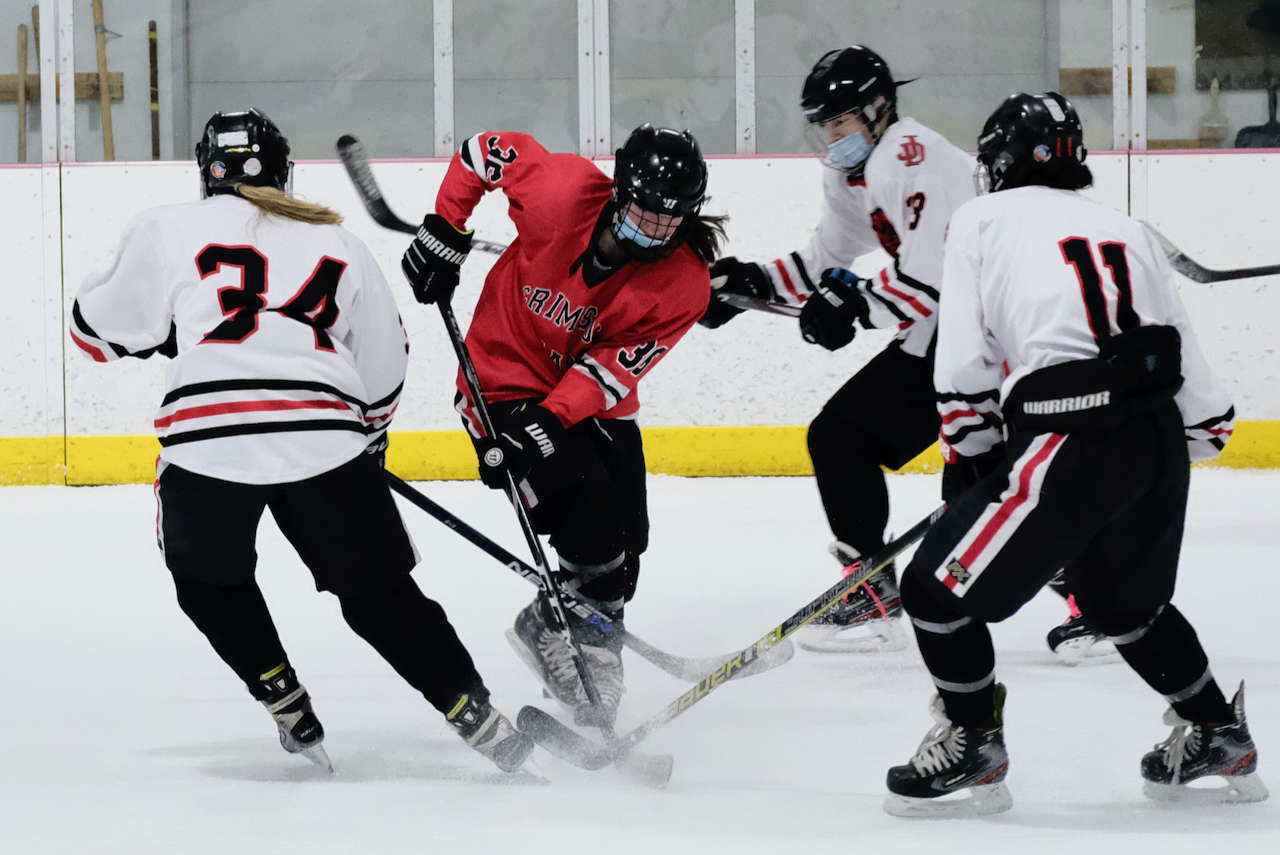 Above, Below - The Juneau-Douglas Yadaa.at Kalé hockey team, shown in scrimmage action in November, will host Kodiak at 7:30 p.m Friday and Saturday on the Treadwell Arena ice. (Klas Stolpe) 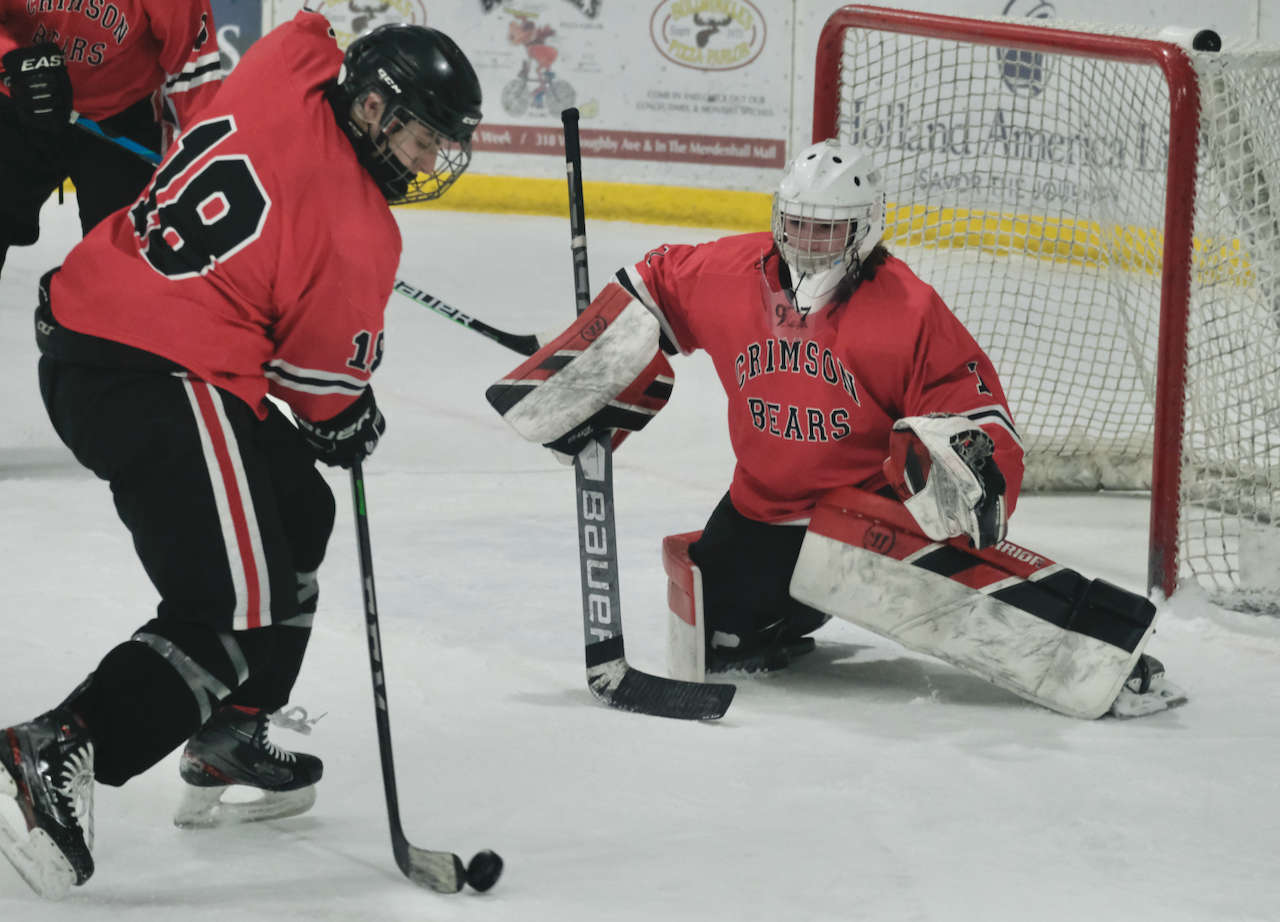