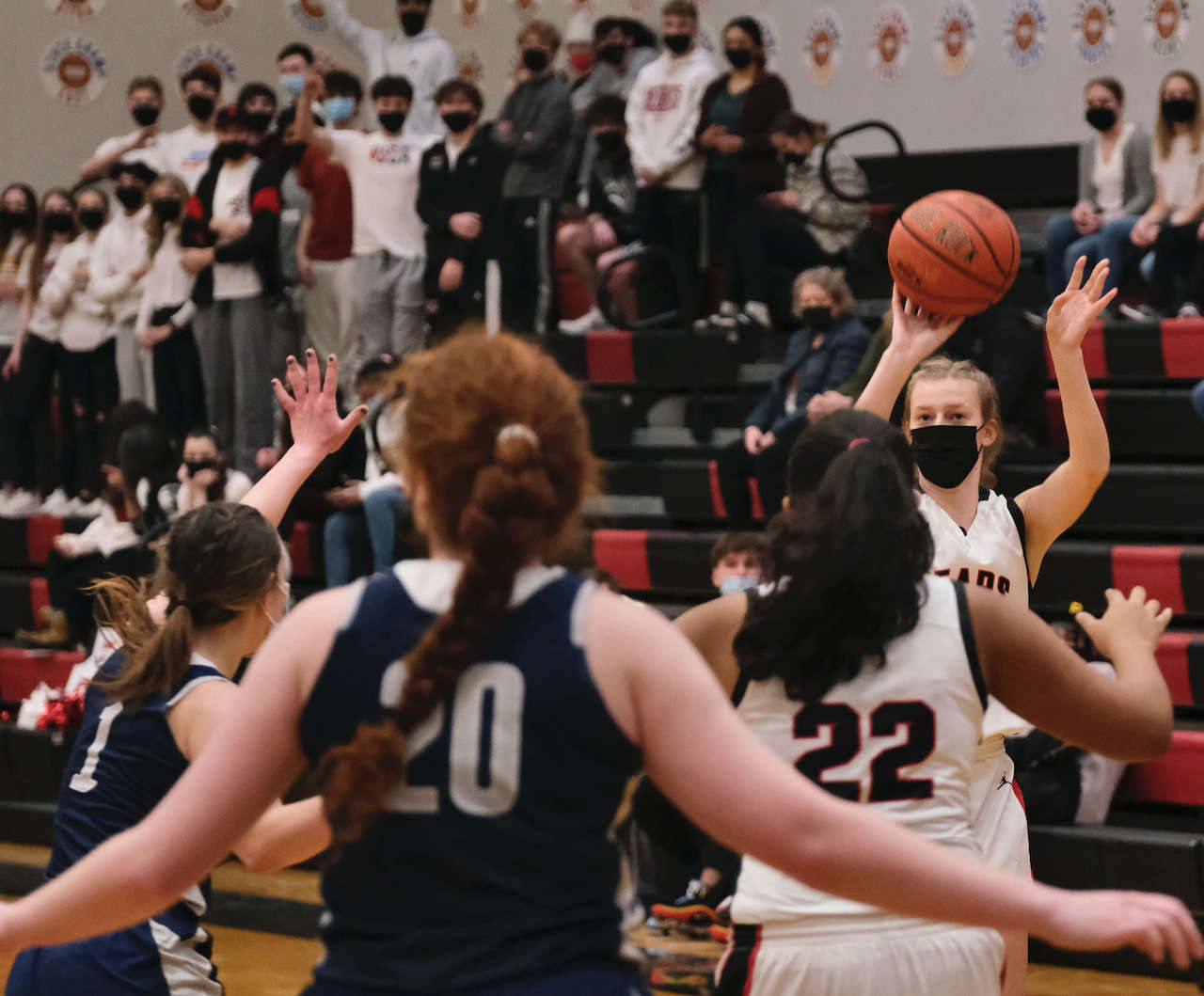 Juneau, Alaska (KINY) - The Juneau-Douglas High School: Yadaa.at Kalé girls basketball team came out on fire and never cooled off in a 46-12 win over Eagle River for the Princess Tours Capital City Classic title on Thursday in the JDHS gym.

“It is actually really exciting,” JDHS senior Trinity Jackson said. “I don’t remember the last time we won Capital City actually but it is really exciting because I really love this group of girls. We are starting to communicate better and we pass a lot better. The ball was kind of sticking in the beginning but we have gotten better ball movement throughout the tournament.”

The Crimson Bears hit six shots from beyond the arch in the first quarter, three from junior Skylar Tuckwood, two from Jackson and one from senior Rebekah Grube.

Six of the Crimson Bears’ first nine shots were from deep. Tuckwood, the tournament most valuable player, had 13 points in the stanza that saw JDHS take a 24-2 lead after eight minutes of action.

“We haven’t been reversing the ball a lot so I have just been more focused on, after reversing the ball then you can shoot, just being more patient on offense,” Tuckwood said. “When I am doing it on offense it makes me more confident and I know I am having a better game than usual, and I can do good on offense and defense. It is really cool we won. Our team hasn’t won a tournament here for a while so it was actually really good for our team.”

JDHS went up 36-4 after two quarters of action.

A running clock was in play in the second half and JDHS was up 46-9 at the end of the third quarter and coasted through the final eight minutes.

“I didn’t think we shot the ball particularly well all year and the law of averages showed up here,” JDHS coach Steve Potter said. “We might not be that good at shooting three’s but it’s certainly what we are capable of when we get on a roll and we definitely got on a roll. We moved the ball much more freely than we did against Thunder Mountain. Against Thunder Mountain we held it a little bit too long in positions and some of that is the same town rivalry, everybody is more focused on their opponents instead of what they are doing. We turned them over a couple times early on and that really helps our confidence and then the basket got really big for us. Skyler did a great job every single game, Kiyara Miller did really well, Trinity also did really well… Ashley (Laudert) has brought her game to a new level. I feel like everybody got a little bit better, and that’s the whole point.”

“I think we grew a lot out of this tournament with only having six players, they all worked really hard,” Eagle River coach Candice Love said. “We definitely got a lot of play out of our sophomore, Brooklyn Rollman, she had a great tournament averaging 14 rebounds a game. Everybody worked hard. Kaycee Chavez is one of our leaders on the court. It was great just to see their growth. They never stopped hustling. I couldn’t be more proud. Our conversation all the time is we have to control what we can control. There are three things you can control in basketball - that is your heart, your effort and your hustle. If you control those things, good things happen, and that’s what they did. The Juneau tournament was great for exposure, just getting the girls out of Anchorage and seeing somewhere different.”]

Eagle River lost to Thunder Mountain 48-16 on Monday and defeated Kotzebue 31-24 on Tuesday. 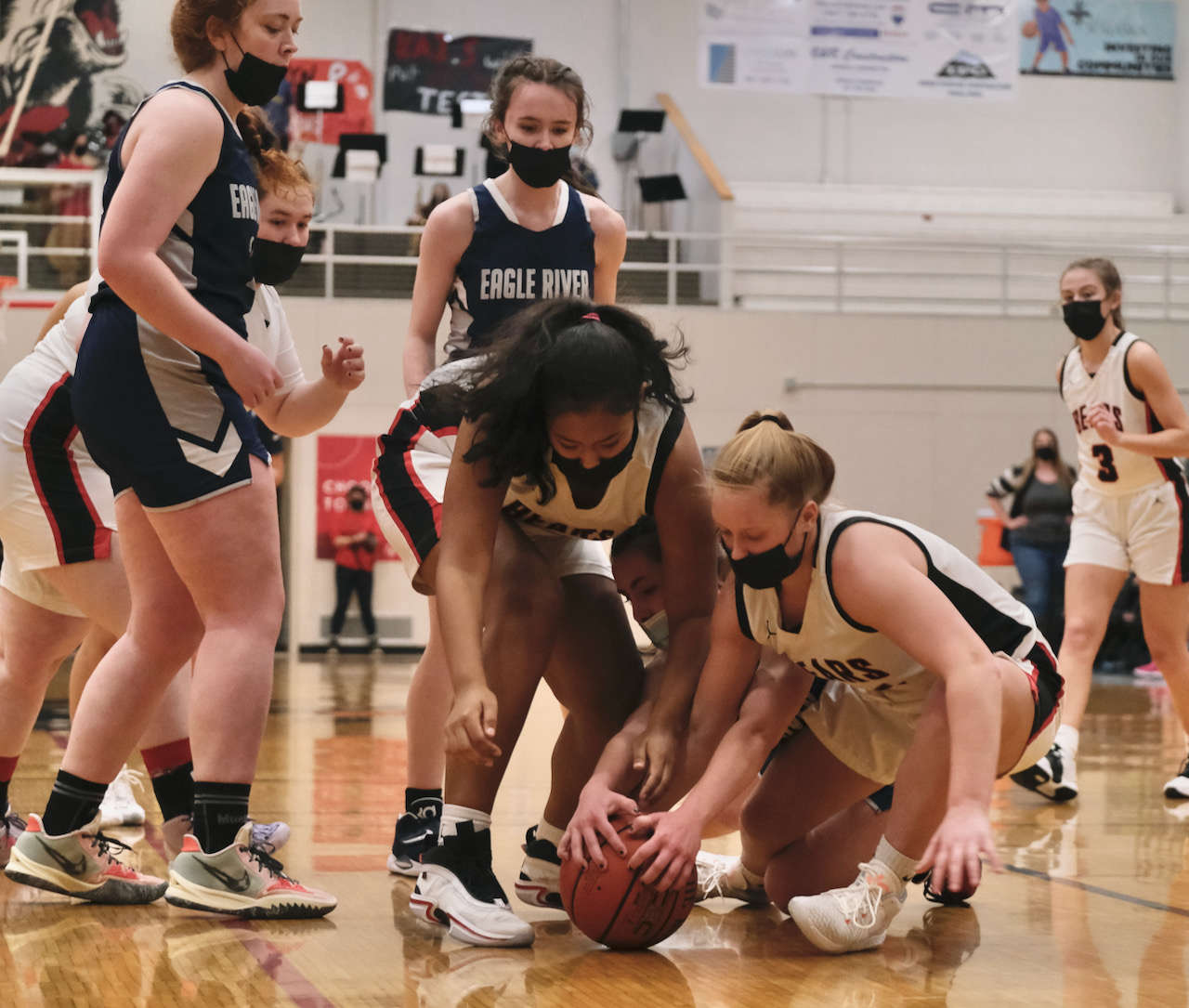 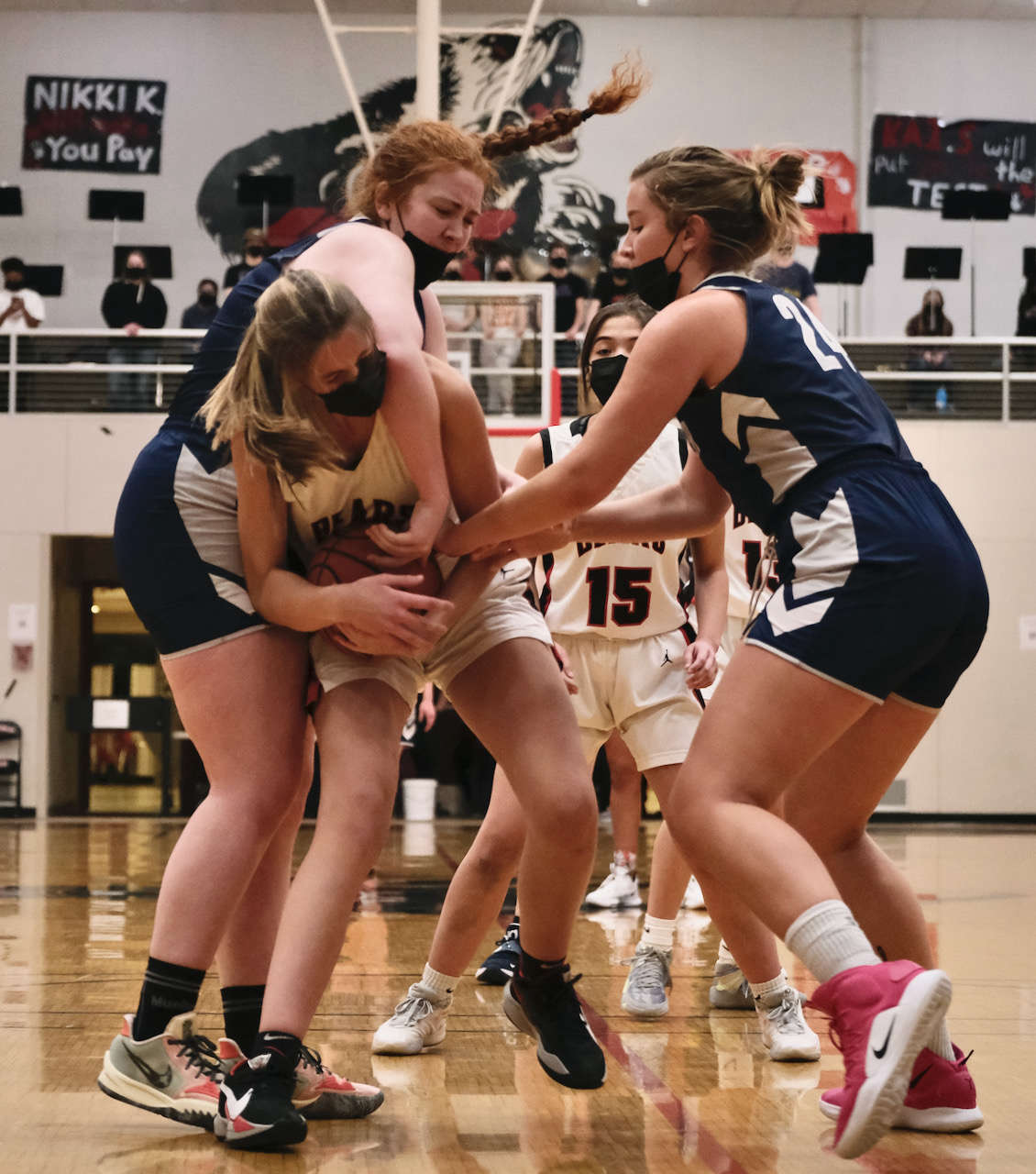