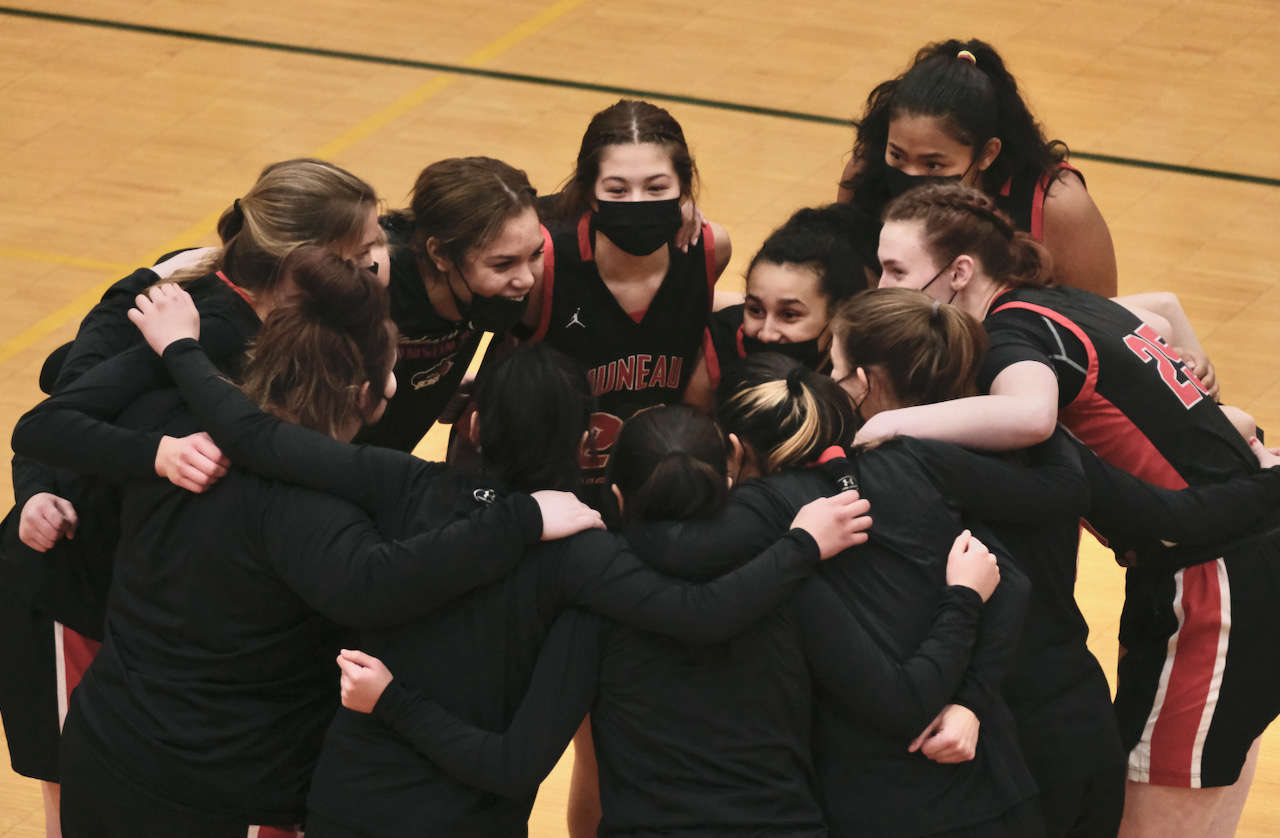 Juneau, Alaska (KINY) - One of the top basketball teams in Southeast Panhandle hoops, let alone the state, will be bringing their show into the Juneau-Douglas High School: Yadaa.at Kalé gymnasium this weekend as the JDHS Crimson Bears girls host conference foe Ketchikan on Friday and Saturday. Varsity action is at 8 p.m.

“They are definitely going to be, by far, the stiffest test we faced,” JDHS coach Steve Potter said. “They have a really good point guard. They have good shooters. And they have nice size.”

While JDHS is fresh off their championship in the Capital City Classic last week, Ketchikan is equally feted by hoops fans after a strong showing in Wasilla’s Doc Larson Roundball Classic mid-December and winning their own Clarke Cochrane Classic last weekend.

“I kind of feel like Ketchikan and Wasilla are right up there at one and two,” Potter said. “And Wasilla beat them. But we are a different type of team than Wasilla.”

Potter said the team hasn’t been at full strength in practice due to the cold weather season and are trying to get healthy for the weekend.

“We are going to do what we normally do,” Potter said. “I don’t anticipate us trying to do anything different. We’re going to try and stop them from scoring and score more than them.”

“They need me less than I expected,” Ketchikan coach Kelly Smith said of his team. “To be honest I over-coached them in Wasilla and they got us pretty good up there. Wasilla is solid. I sat back and was a fan last weekend and they played really well. So I need to stay out of their way. One thing I learned last week was how unselfish they are. We shared the ball well. We have four kids averaging over 10 points and I am just really impressed with how well we are sharing the ball.”

The Lady Kings had 25 assists against Palmer in the championship game of the Clarke Cochrane. The Moose were a state tourney team last year and only lost one player.

“We played our best game we have played in a few years against them and got them by quite a bit,” Smith said.

“We didn’t play great and Wasilla got us by 19,” Smith said. “I feel Wasilla is a top three team in the state. We got better each game in our tournament and played really well against Palmer. I just hope we get better this week. Hopefully we stay healthy and get better each day.”

Ketchikan is starting a schedule of six games in eight days. After JDHS they travel to Fairbanks.

“Unfortunately it is just what southeast teams have to deal with the you are looking for tournaments and league games,” Smith said. “You would prefer to have them spaced out and be able to play on a Tuesday night and Friday night like the Anchorage schools but it does prepare our kids for things like the region tournament, or a state tournament where things just become a grind.”

Smith noted that most teams have stepped up since last season, chiefly due to maturity, but there is more to come.

“We are not in our mid-season stride like we finished the season last year,” he said. “But I think physically and mentally, and even emotionally, we are just more mature.”

And that is why this weekend’s games in the Crimson Bears den will be worth the price of admission.