Crimson Bears Casperson Finalist for National Coach of the Year 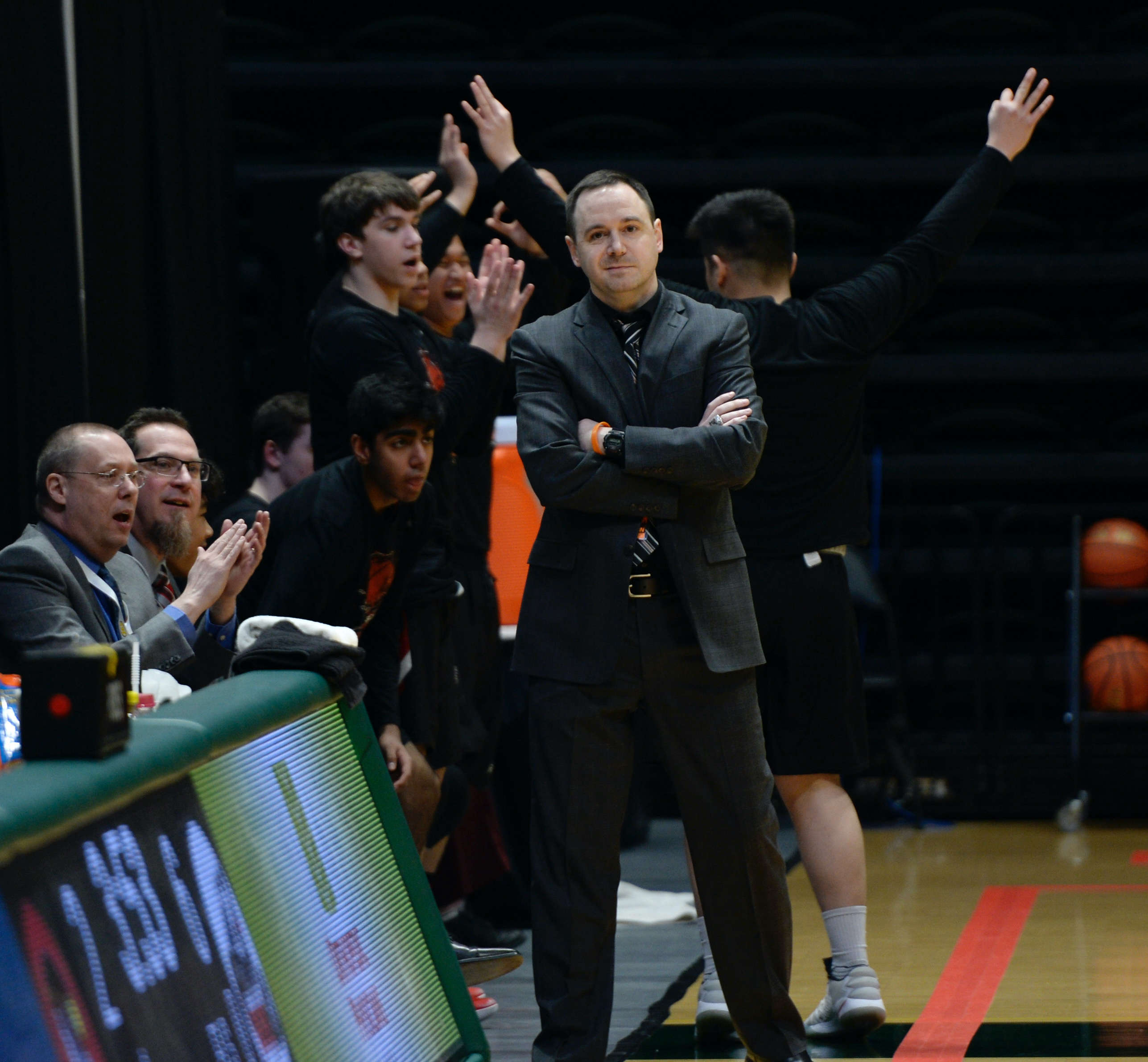 Juneau, Alaska (KINY) - Juneau-Douglas Yadaa.at Kalé boys basketball coach Robert Casperson believes youth involvement in athletics and activities can be life changing… and the 11-year head coach has changed roughly 500 athletes in the Crimson Bears' program alone, plus the ripple effect of the various people touched through the programs the JDHS athletes participate in under his charge.

“While I believe the sport-specific work I do with student-athletes during the season is important, it is more important that I use our time together to help prepare them for success as adults,” Casperson said.

“I’m just very humbled to be considered,” Casperson said. “It was quite a surprise to just get the email and congratulations from Sandi to let me know. And it is very satisfying in the sense that I know how hard all the coaches in our program work. I see this as a we not me opportunity, because at every level of our program the coaches do a great job to implement the things that we want to do.”

Roughly 700 coaches across the nation, 10 from the top boys and girls sports in each state, receive state awards and advance to regional consideration and possible inclusion in the national selection.

The NFHS looks at a selection's overall record, coaching honors, community involvement and school involvement, among other criteria.

“Gosh, overall record? I would say not the most impressive, 10 years as a head coach. But if they want to talk about my record as a C team coach, that would be impressive," he said, laughing. "They do want to know about all the things you are involved with. That’s when I noticed all the avenues that our program was involved with helping our kids learn how to become young adults and good community members.”

Some of those avenues include Coaching Boys Into Men, Cancer Connection, Find Your Fire - Suicide Prevention Awareness, Read Across America, Southeast Foodbank - Holiday Food Drive, Juneau Parks & Recreation Day of Play, I Did You Can: Basketball Camp for People with Special Needs, and Girls On The Run, among other volunteer activities.

“All of those things I started to notice and wow, this is pretty cool that our kids are getting out there and doing all these different things,” Casperson said. “And to me that was way more impressive than my overall win loss record over the last 10 years. Let’s just say there have been a few wins and a lot of lessons along the way.”

Some of Casperson’s honors include the 2021 Cancer Connection Youth Inspiration Award recipient; 2019 Strike Out Violence (San Francisco Giants - MLB and Futures Without Violence) Award recipient for with with Coaching Boys into Men; 2016 Alaska Association of Basketball Coaches/Alaska School Activities Association 4A Boys Coach of the Year.

Casperson has been coaching sports for 20 years, starting with his return from college and while working on his bachelor degree. He taught and still teaches at Floyd Dryden and was coaching that ball club while also assisting at JDHS.

“It’s just wild to be able to have done anything in my life for 20 years,” Casperson commented. “I’m starting to get into what I would consider the good stuff with coaching. I’ve always said that wins and losses is certainly one way that people measure your success of a season or a career but I have never wanted that to define me and the work I am doing with the young people of Juneau.”

Casperson noted that "good stuff" includes things like attending the wedding a few weeks ago in California of his former player Tres Saldivar.

“I coached him from six grade all the way through his senior year of high school,” Casperson said. “He was one of the first group of kids I coached coming through. I went down to that and it was just awesome. He is still friends with a lot of the kids he played with and they were all at his wedding or in his wedding… there were cousins of his that had played for me. It was exciting to be a part of and get to see where those guys were 10, 15, 20 years down the road and how successful they are as adults and as community members. I was just so proud. I probably had a permanent smile on my face the whole time.”

“All of these guys that I have coached at some point in their careers and have a connection with,” Casperson said. “It was just amazing to be a part of and it was so fulfilling to see how they were doing. And in a sense, it helped me realize what we were doing works. It was just so satisfying to see them off in the world. Just to be a part of someone’s life when they are starting that new chapter. It was just so fun to hang out and talk with those guys, old stories and boy the level of detail they remember on their team, the season, and games and everything… and then they wanted me to settle old arguments on which team was better… it was like family. It filled my heart with pride.”

Family is the often overlooked criteria for awards.

“A lot of the time and effort I put into coaching is only possible because of my family,” Casperson said. “My wife and daughters, Paula, Carlynn and Bristol, are so incredibly supportive. And a lot of that is truly on Paula, making sure we are keeping on schedule… and, oh hey, she also has to run the whole high school. She has been my rock, my pillar to go to and lean on when I need support.”

Casperson also noted the satisfaction of working with kids that only those particular parents and the coaching staff will see.

“No one will know about those situations,” he said. “Some of those kids are the most rewarding to work with honestly.”

“Death,” he said. “Death in the family. The death of teammates. Death of friends. We’ve had all of that over the years. Dealing with loss. Trying to navigate that yourself while supporting the players in your program and trying to help them through it. That is by far the most difficult aspect of coaching.”

Casperson noted that over the years, as innovations have changed, kids basically have not.

Once the win and loss records are scrutinized by NFHS, and awards and community involvement tallied among the nation’s finalists, a winner will be chosen… something Juneau has had for the past 20 years. 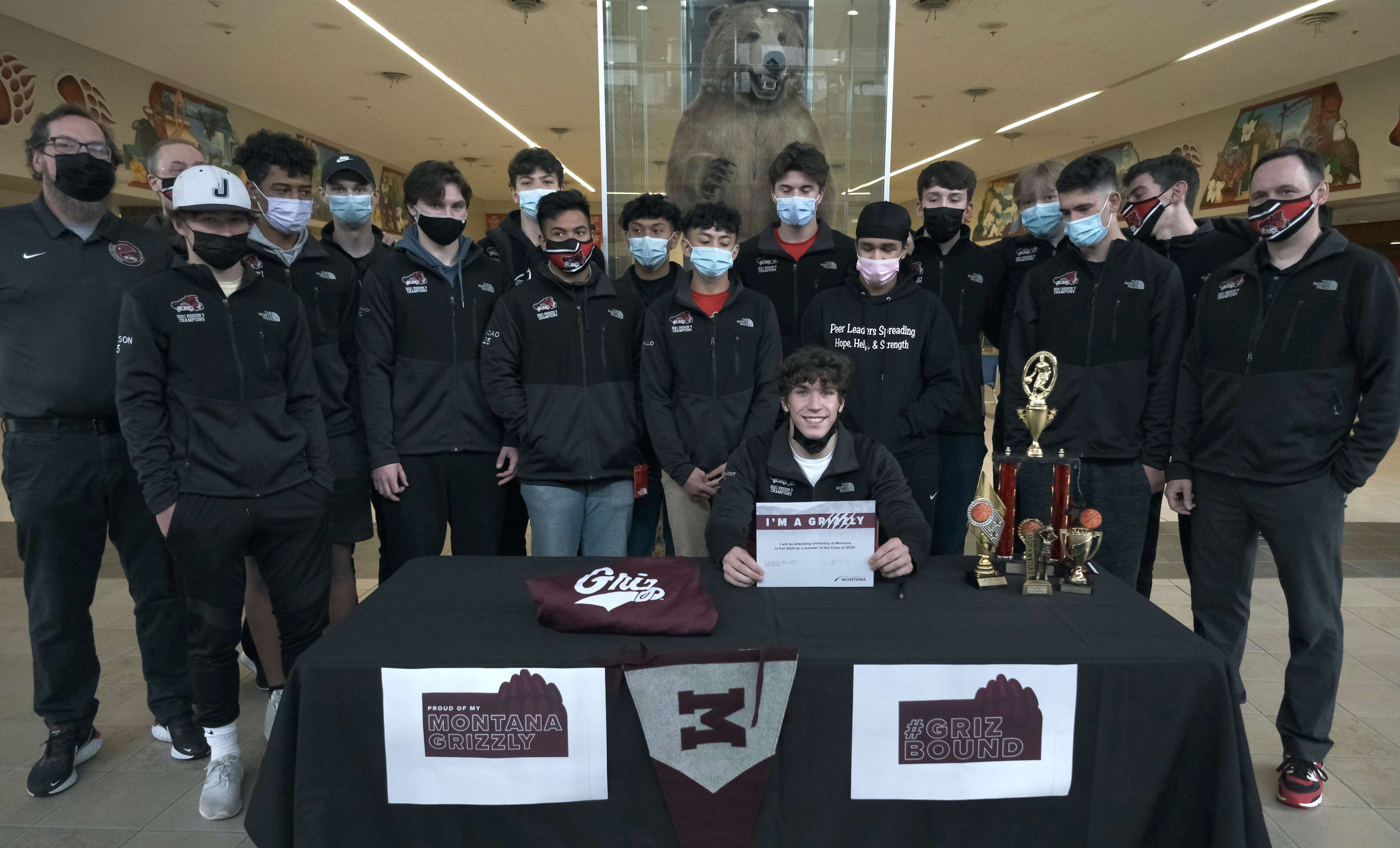 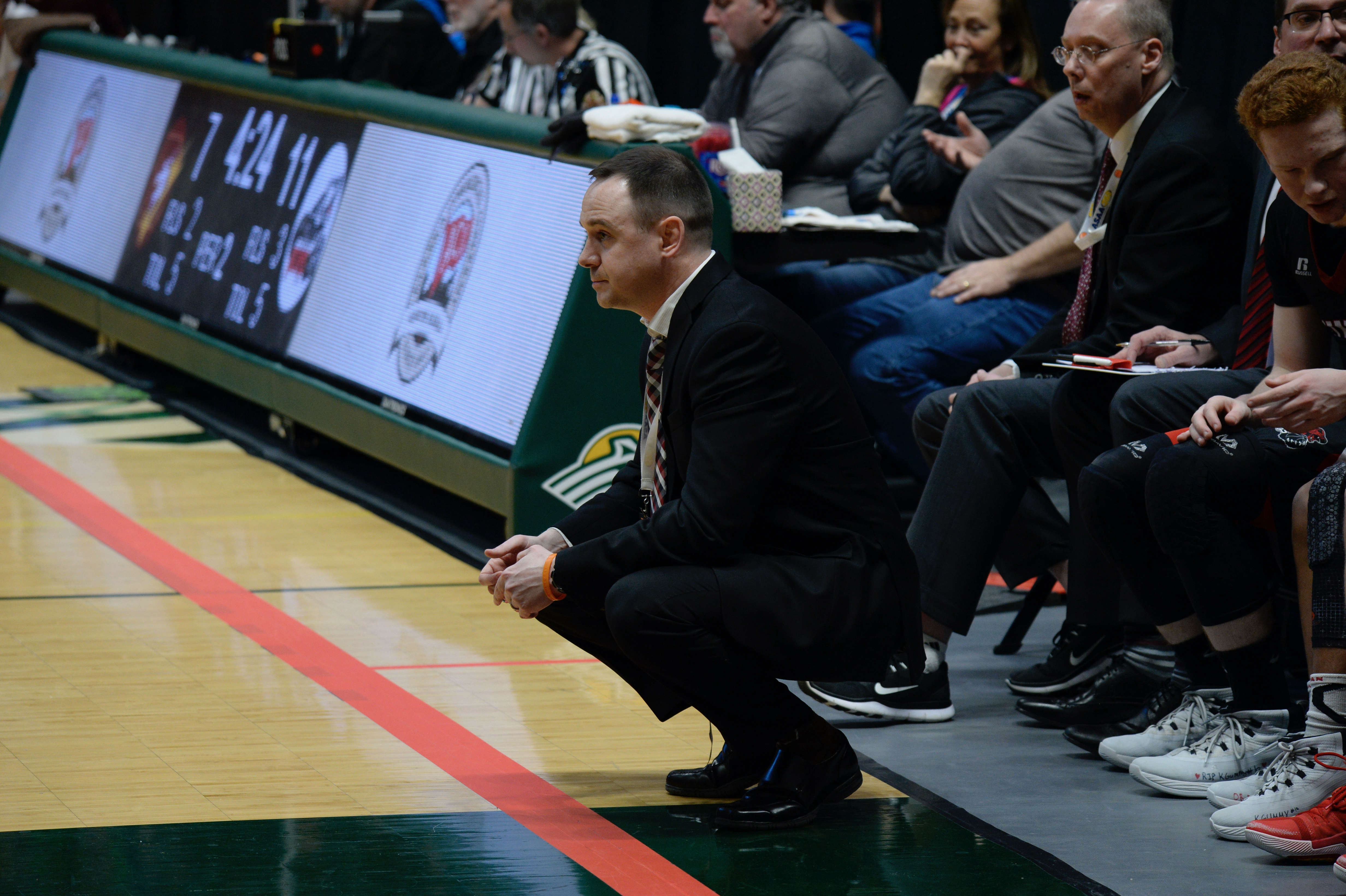