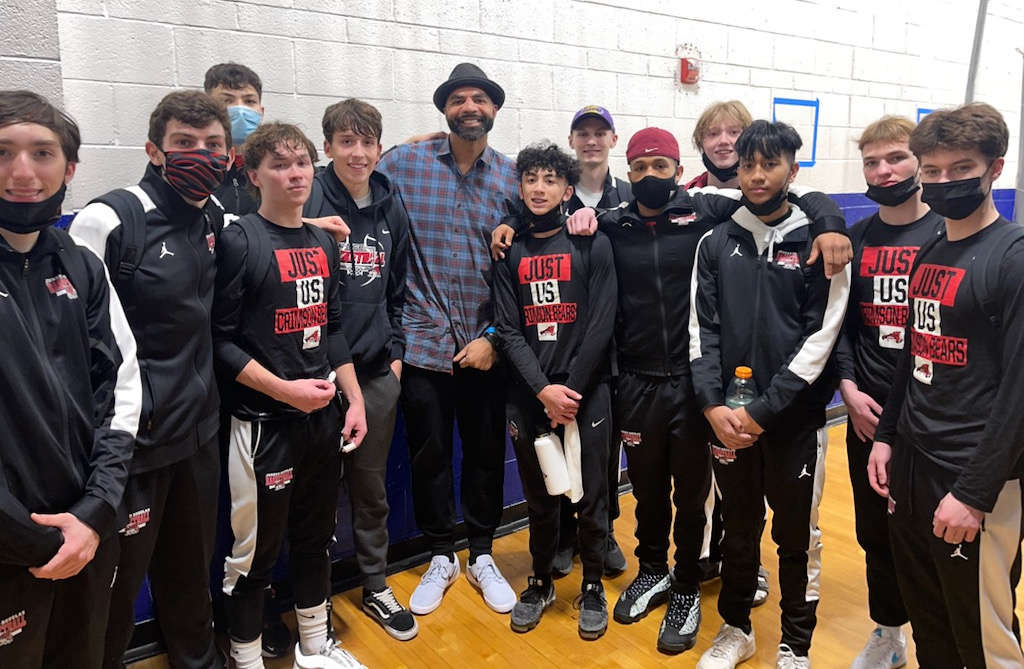 Juneau, Alaska (KINY) - The Juneau-Douglas Yadaa.at Kalé boys basketball team continued their run of bad luck, but good effort, in Las Vegas with a close loss to Coral Academy of Science from Henderson, Nevada, 72-61 on Monday in the Tarkanian Classic.

“We played very hard this afternoon and ended up on the short side of the score board,” JDHS coach Robert Casperson said. “We played from behind for a lot of the game and Coral Academy hit a number of three-pointers that killed several rallies. Both teams competed in the highly physical game. It was a great learning opportunity for us at this point of the season.”

The Crimson Bears trailed 34-30 after the first half.

“Kai Hargrave provided his steady play and Poter Nelson gave us a lift with his defensive energy,” Casperson said. “Tias Carney scrapped on the boards and Alwen Carrillo did well scoring and distributing the ball from his point guard position.”

JDHS plays their final game in the Tarkanian Classic against Moapa Valley today.

In earlier action JDHS lost to Amplus Academy on Friday 42-30. Dybdahl, Aline, Carrillo and Oliver all scored 6 points each, Hargrave 4, and Nelson 2.