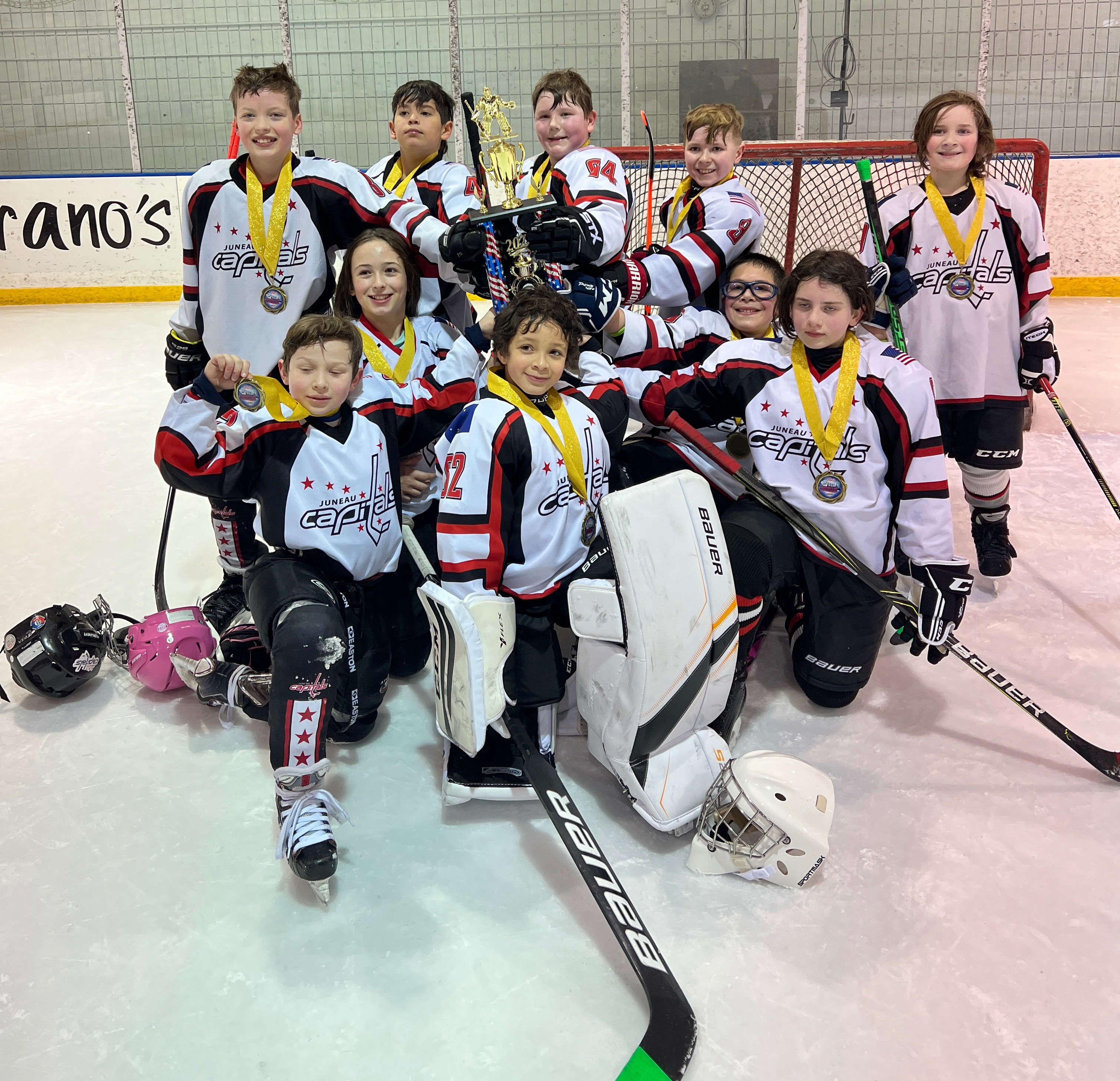 Representing the Juneau Douglas Ice Association, the Capitals clinched the title with a 7-1 victory over an Anchorage team in a game that pitted two previously undefeated squads.

Andrew Troxel led the Capitals with six goals and line mate Oscar Lamb rounded out the scoring with a goal.

“The one thing the scoresheets don’t reveal is how these kids played as a team and supported each other throughout the tournament,” said Steve Quinn, who, along with Randy Host, served as coaches. “They played with discipline and a hunger to win.”

The team featured nine skaters and a goalie, while competing against teams with as many as six more players. It was also the first time any of these players competed outside of Juneau.

“These kids skated hard every shift and every period to beat teams that had bigger and more players,” Quinn said. “They entered every game believing they could compete, and it paid off.”

The team opened the tournament with 7-2 victory over the Junior Avalanche. The Capitals got three goals from Troxel, and Poklemba and Adams had two goals apiece.

The Capitals next relied on balanced scoring in a 7-1 win over another Anchorage squad. Troxel scored three goals, Lamb two, and Adams and Poklemba one apiece.

Juneau closed out the preliminary round with a 7-1 victory over Hockey Club Fairbanks’ Bennet team behind six goals from Troxel and one from Adams.

The Capitals then wrapped up the second day with a 7-4 quarterfinal game victory over a second Fairbanks squad. Troxel scored five goals and Adams two.

Juneau began the final day of the three-day tournament with a 10-2 victory over a third Fairbanks team to qualify for the title game Sunday afternoon. Troxel led the Capitals with six goals. Adams, Lamb, Poklemba and Hoff added one goal each.

JDIA sent a second 10-and-under squad coached by Host and Miles Brookes to the Anchorage tournament. The team advanced to the quarter finals.

Juneau dropped their first game 9-1 to the Fairbanks Machos team, then it won the next two en route to qualifying for the quarterfinals.

The Capitals first beat the Fairbanks Richards team 5-3. Sooter scored two goals. Kissner, Zimmerman and Willoughby had one goal each.

They Capitals won their next game, 10-0, over an Anchorage club. Sooter had five goals. Landon Love, Friend, Willoughby, Ploof and Zimmerman added one goal each.

Juneau fell short in their quarterfinal rematch against the Fairbanks Richards team in a 4-3 loss. Sooter scored two goals and Friend one. 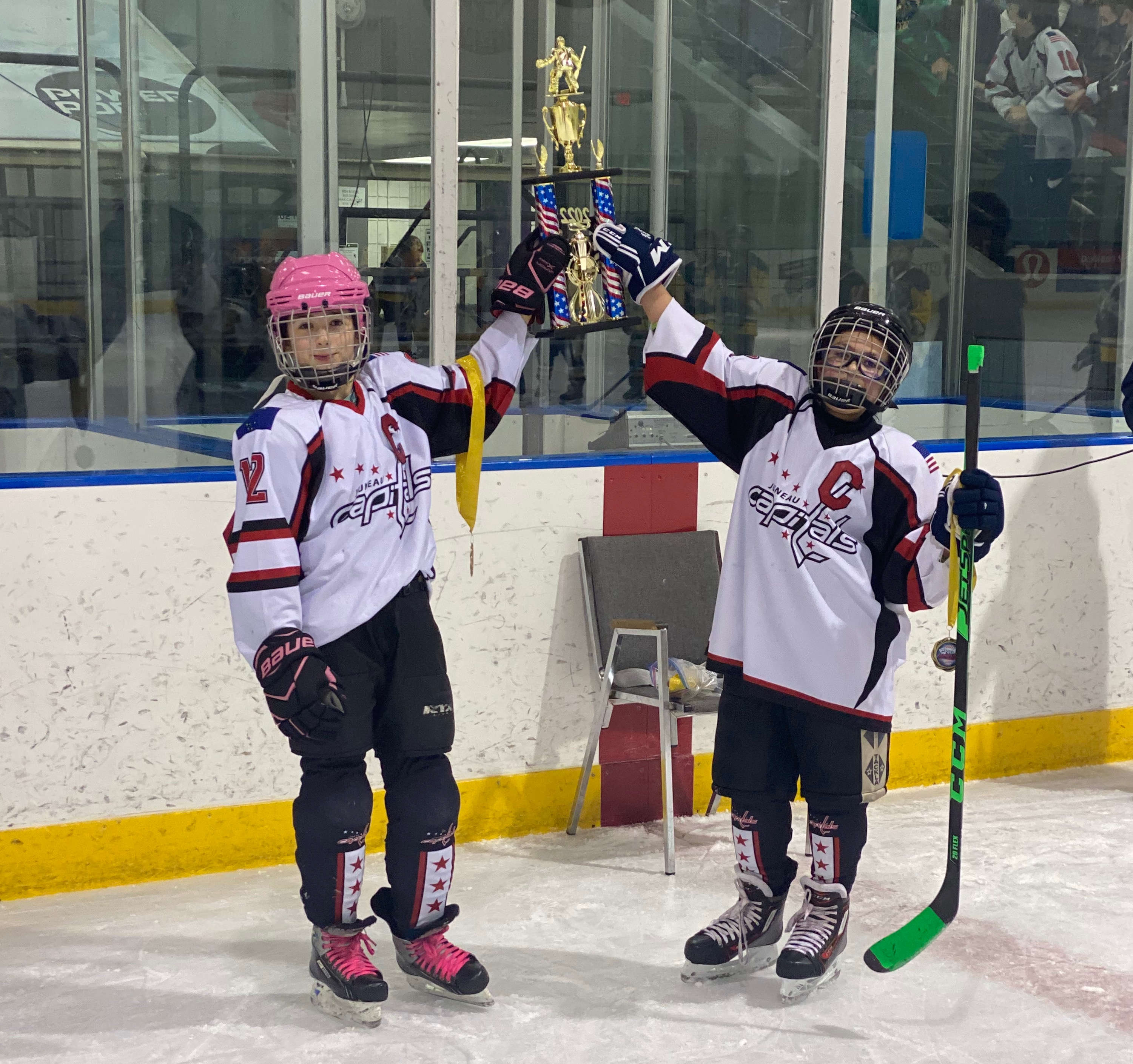