Baxter, Lockhart Lead Falcons Down to the Wire at Ketchikan 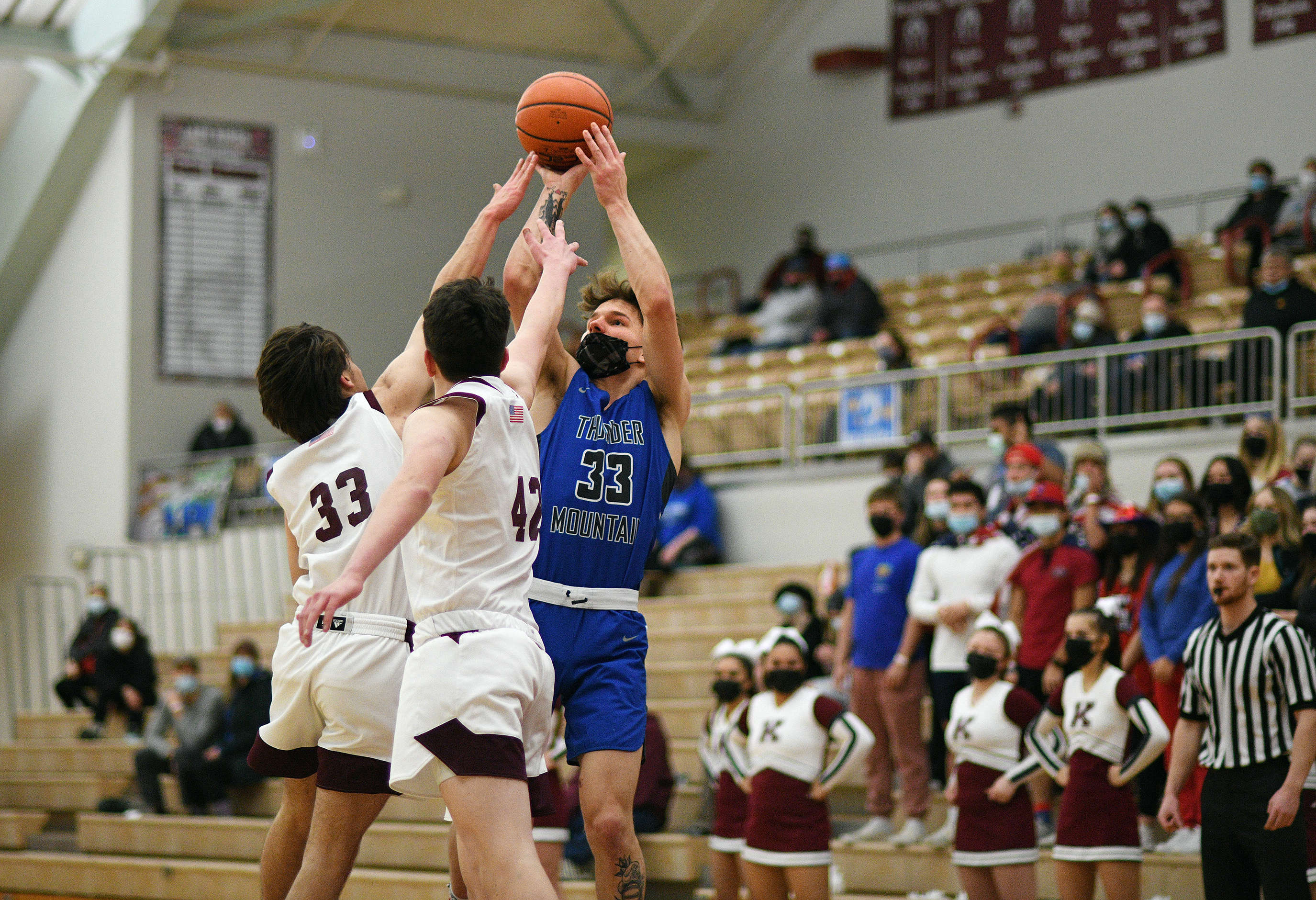 Juneau, Alaska (KINY) - Thunder Mountain sophomores Thomas Baxter and Samuel Lockhart were nearly unstoppable on the road Friday night, scoring game highs of 17 and 16 points, respectively, in a 50-43 loss to the Ketchikan Kings in the first southeast conference game for both teams.

Lockhart buried four shots from beyond the arch in the first quarter in which he scored 14 of his 16 points and Baxter balanced out his 17 points over four quarters, hitting four of his own shots from way outside.

“It was definitely nice to have Sam hit four three’s in the first quarter,” Blasco said. “We started out the game with the first three possessions of turnovers so it was nice to see that ball go through the hoop and it just caught fire and gave us a lot of momentum. Unfortunately we followed it up with a quite second quarter.”

Ketchikan junior JJ Parker, senior Josh Roads and junior Clayton Olstad pushed Kayhi to a 21-18 first quarter lead as they each hit from beyond the arch and inside.

The Falcons scored just five points in the second quarter and Ketchikan took a 32-23 lead at the break.

The Falcons outscored the Kings 12-10 in the third quarter to trail 42-35 and played Kayhi even in the final stanza.

“Everybody was involved,” Blasco said. “I think we moved the ball well. I think we were trying to get everybody good looks and touches. It was a well-rounded effort by all of our guys, offensively and defensively. We executed the game plan fairly well, we just came up seven points short.”

“I think they are going to come with more fire power tomorrow,” Blasco said. “I don’t think they shot as well as they normally do. So we have to be ready to counter that, and they are down one starter right now. We have to keep finding ways to get our scorers open and other guys have to be ready to leave the defense and be scoring threats when they are available. Kayhi did a nice job on Sam in the second half, held him to two points. We struggled to keep him involved in the offense.”