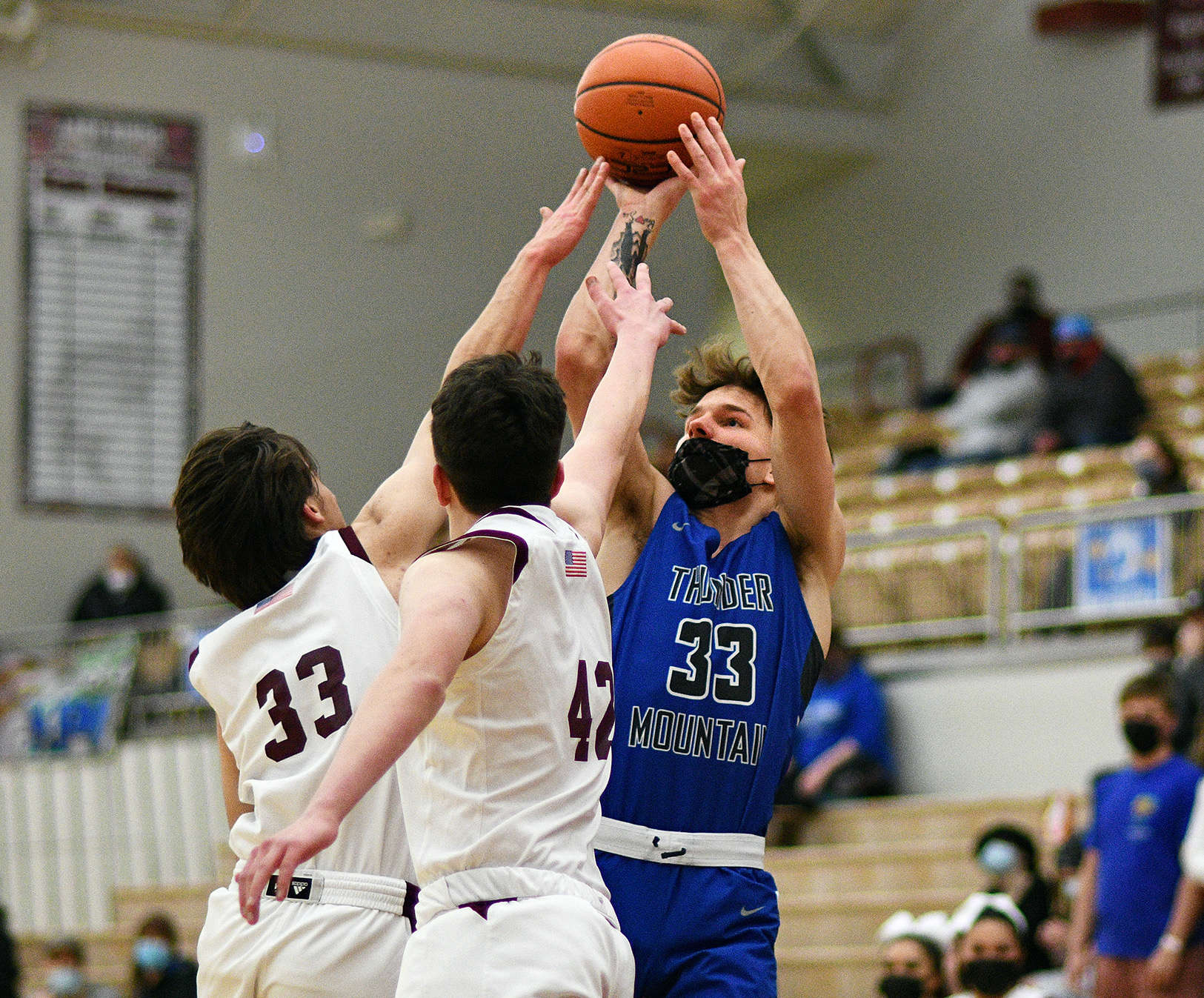 Juneau, Alaska (KINY) - Thunder Mountain High School sophomore Thomas Baxter has never played as far north as he did on Thursday night in Barrow, nor as he scored as many points. Baxter put 40 points in the books to tie a Falcons single game record and help the Falcons top the Barrow Whalers 73-68.

“It was fun,” Thunder Mountain coach John Blasco said. “We were off to a real slow, sluggish start… I think he had our first 12 points of the game before somebody else scored. He just kept attacking the basket and started feeling good from the outside.”

Falcons alum Chase Saviers set the scoring mark as a senior with 40 points against Juneau-Douglas in 2017.

Baxter dressed up his 40 points by pulling down16 rebounds and dishing out four assists on the night.

“Down the stretch, Sam (Lockhart) had an off night but he hit some key shots in the fourth quarter,” Blasco said. “It definitely wasn’t his best shooting night but he still found a way to score some points for us. We went with a really small line up, all guards, down the stretch. Barrow had some really athletic guard play and we weren’t able to keep up with them so we went with a smaller lineup.”

The scoring exchange between the two teams was basket-for-basket but Blasco said the Falcons defense was better.

TMHS trailed 53-50 after three quarters but outscored Barrow 23-15 in the fourth quarter for the win.

Barrow had no basketball season last year due to the COVID pandemic. Thursday nights game was the Whalers first home contest in nearly two years.