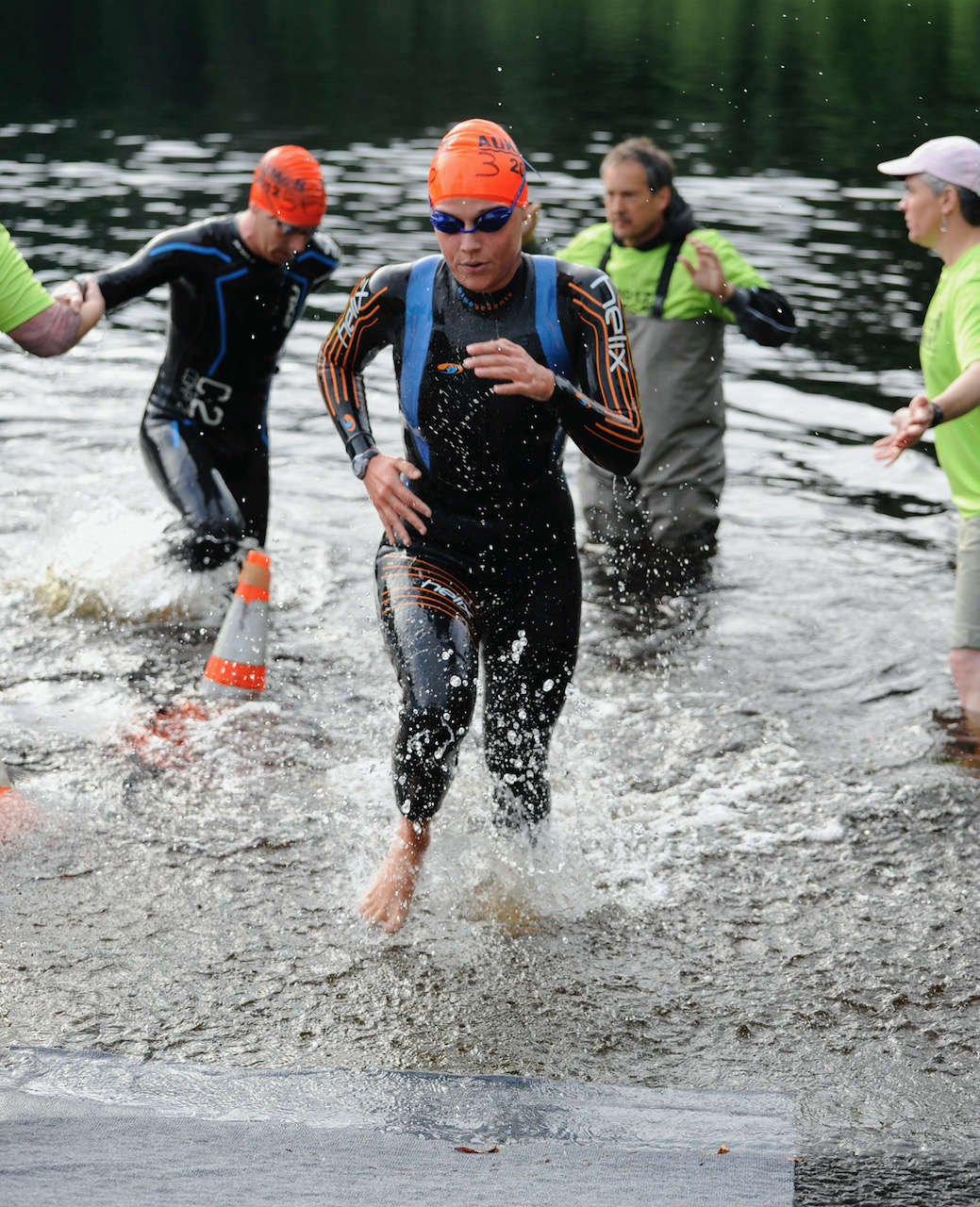 An Aukeman triathlete leaves the Auke Lakes swim portion to transition to the bike portion in this file photo. (Klas Stolpe)

Juneau, Alaska (KINY) - The Aukeman Triathlon is set to splash off at 7:30 a.m. Saturday with the 750-meter swim on Auke Lake, transitioning to a 19K bike ride to the glacier and back, and finishing with an out-and-back 5K run from the University of Alaska Southeast campus to complete the sprint distance course.

“It’s just a quiet little race this year,” Aukeman race director Liz Smith said. “We haven’t done any advertising, but we have been full for over a month.”

Health and safety is at the forefront, particularly with the ongoing COVID pandemic. This is the 11th annual Aukeman, sans the cancellation last year due to the pandemic.

Smith said organizers decided to go ahead with the race months ago but wanted to make sure they could keep everyone safe. The recent spike in cases confirmed that their caution was justified.

“A few weeks ago I thought that we were being over cautious and now that things are changing I think we made some really good decisions to be able to have a race this year,” she said.

Smith said they charged just half the regular Aukeman fee and are using older shirts for swag and awarding no medals. Masking is required if not six feet apart and also in transition from one discipline to the next, and before and after the race.

“We are just getting people out racing again and trying to do so safely and in a fun manner without some of the frills,” she said.

The swim portion is changed a bit this year.

“We are using a scattered start,” Smith said. “And we are doing just a one-way swim. Usually it’s a mass start together and then they do a loop.”

Instead, swimmers will use a wave start, 10 seconds apart, based on their estimated swim time, from the dock behind the Hendrickson Annex at UAS. They will swim, passing buoys on their right side, to the traditional Auke Lake boat ramp for exit.

Local certified IRONMAN coach and participant Jamie Bursell, who trains athletes through her High Cadence Triathlon Training camp, said she has a team of 20 who will participate among the field of nearly 80 athletes.

“I am super excited about this,” Bursell said. “This is really Alaska’s premier triathlon, I believe. We have an awesome fresh water lake right here in town that a lot of people have been enjoying, and people who have gone out there have probably seen the swimmers practicing.”

Bursell said while the lake is warmer this year, there are other difficulties in it.

“Auke Lake is 63 degrees right now, which is perfect for a swim with or without a wet suit,” Bursell said. (Race rules state swimmers must wear a wet suit.) “But it can be disorienting because the lake is so dark. You can’t see as well, the dark, the cold, if you haven’t practiced in cold water it can be quite difficult. Another aspect of the swim, too, is swimming straight. People who have practiced sighting on the buoys and going straight, they are going to have a lot better time. If a person doesn’t sight very often they could end up veering off course and swimming a lot longer than they need to.”

Swim Rules include - Mandatory wetsuit. Line up based on race number, lowest first, etc. Can enter water 20 seconds before start, if you miss your start you cannot race. Keep colored buoys on right side. No flotation devices, fins, paddles, etc. Goggles and face masks allowed but no snorkels. Safety personnel will be on course.

The transition area from swim to bike is 500 meters along at the front of the Mourant Building.

Bursell said this is a tough portion.

“Another part of this specific race that is quite grueling is the swim is 750 meters which is considered pretty short,” Bursell said. “But when you get out of the water you have to go up the boat ramp and you have to run all the way to the center of the UAS campus. So that period is called T1, or the first transition, and it is considered quite a long transition especially for a sprint. So people who have their running skills down and have practiced running out of the water after swimming, they are going to have better success with this race. If they haven’t practiced running out of the water after being horizontal, it can kind of mess you up. Because your body is used to being horizontal and now you are vertical. It’s going to be good though. It’s exciting. It’s a race that people who train for it tend to do better but there are always a few young people that show up untrained and do quite well also.”

Transition Rules include - Masks required before and after race. Racers have a designated transition area with their number. Only numbered racers in transition area.

Bikers start between the Mourant Building and UAS Library, traveling on the UAS paved bike path to Back Loop Road, then 7K to Glacier Spur Road and left toward Mendenhall Glacier where they turn at the Mendenhall Glacier Visitors Center parking lot roundabout and return to UAS. On the return bikers will not use the paved path but enter UAS on the motor vehicle route and into the transition area.

Bike Rules include - Obey all traffic laws. Must wear an American National Standard Institute (ANSI) or SNELL (William “Pete” Snell foundation) approved helmet when with bike. Must come to complete stop (placing one foot on ground) while outbound at Back Loop Road/Glacier Spur Road intersection stop sign unless waved through by race official. Stay on right side of course. No drafting (must stay 30 feet behind bike in front of you) and when passing move to left within 30 feet. No riding two abreast. Safe operating bike is racers responsibility.

“The transition part between bike and run is actually the most grueling part unless you train for it,” Bursell said. “That’s what I do with my athletes is we continuously do what we call ‘running off the bike.’ You ride your bike at a pretty high effort and you fatigue your legs and then jump off your bike and run. If you don’t train for that it can cause some pretty severe muscle cramps.”

Run Rules include - Must run or walk entire course. Bib number, worn on front, visible to timers at finish.

General Rules include - No bike handlers. Participants can only accept assistance of any kind (food, drink, equipment, pacing) from race officials. Race numbers must be displayed on runners. Racers are responsible for making timers aware of their number. Participants must know the course. Participants can be disqualified for not obeying volunteers’ directions. No headphones allowed. Please leave pets at home. Park in UAS parking lot only.

The primary rule, of course, is to have fun. Enjoy participating in what has become one of the fastest growing sports worldwide and work to get that time you have trained for all season or just feel the pride of participating in the event.

Race packets can be picked up from 4:30-6:30 p.m. Friday at the UAS campus near the Mourant building, in the courtyard by the campus library. Photo ID is required to pick up the registration packet. No one can pick it up for you.

There is a race briefing at 5:30 p.m. Friday outside the Mourant Building. There is no race day registration. Currently the race is full but a waitlist is available. Go to aukemantri.com until noon Thursday.

“There is potentially still some room until Thursday,” Smith said. “I would also love for the people in the community to be aware that there will be cyclists between UAS and the glacier at about 7:45 a.m. to about 10 a.m. on Saturday.” 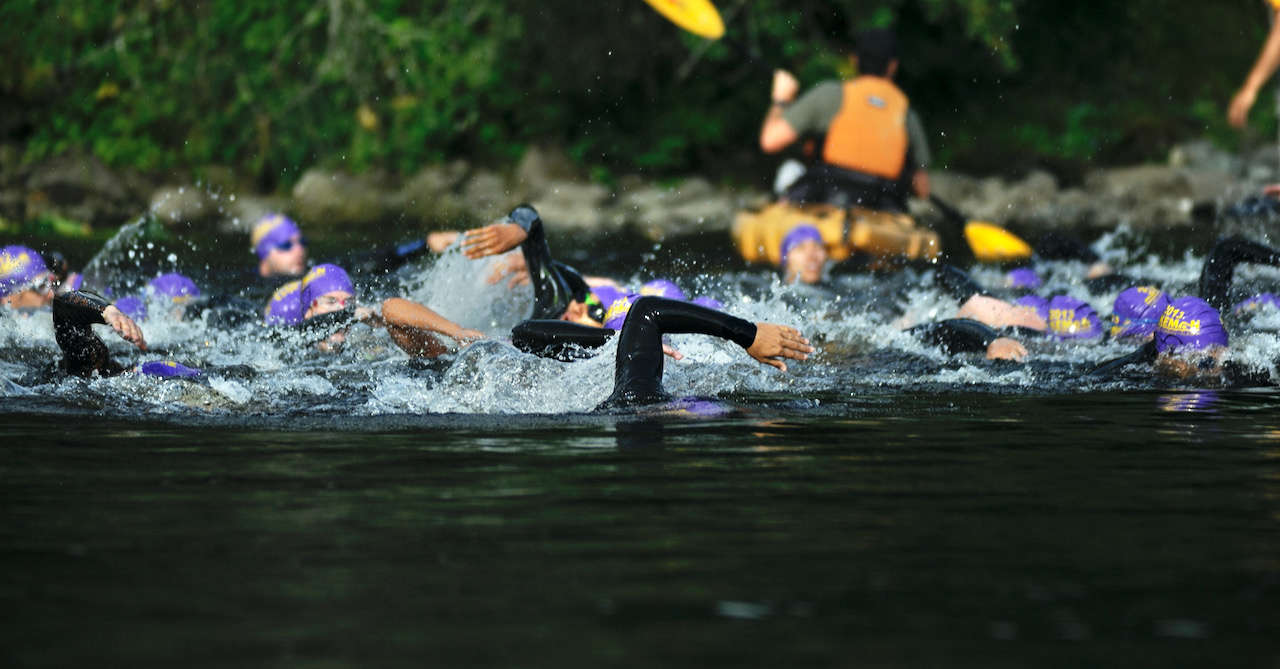 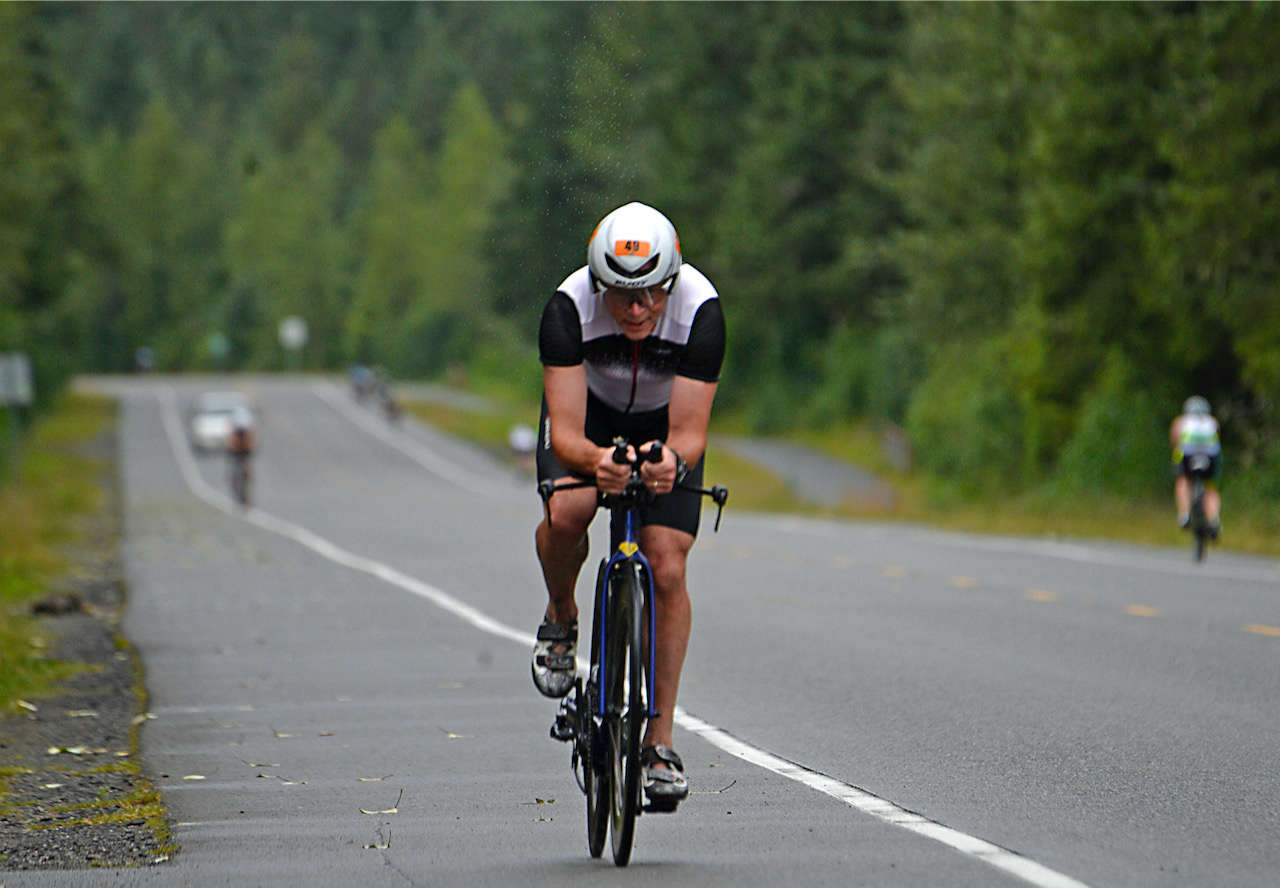 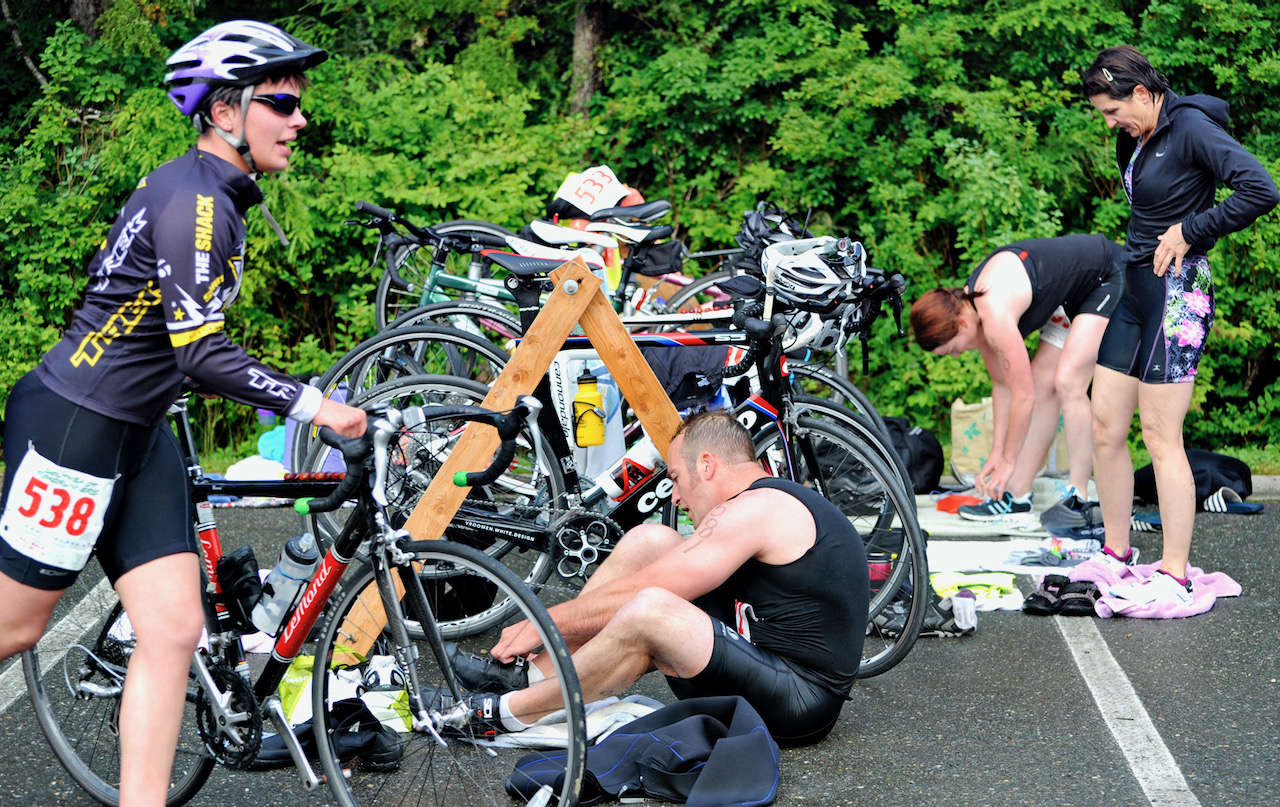 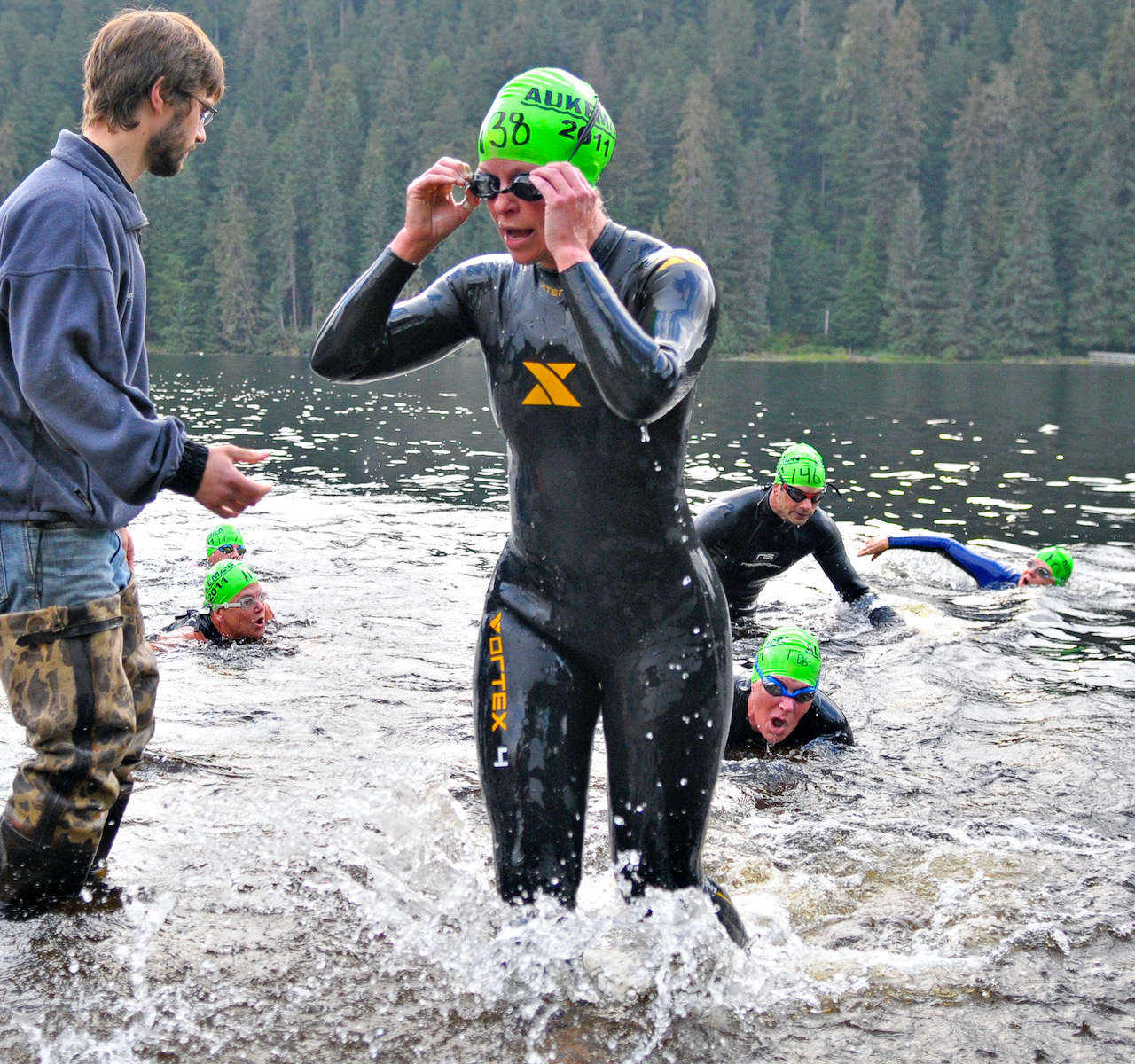 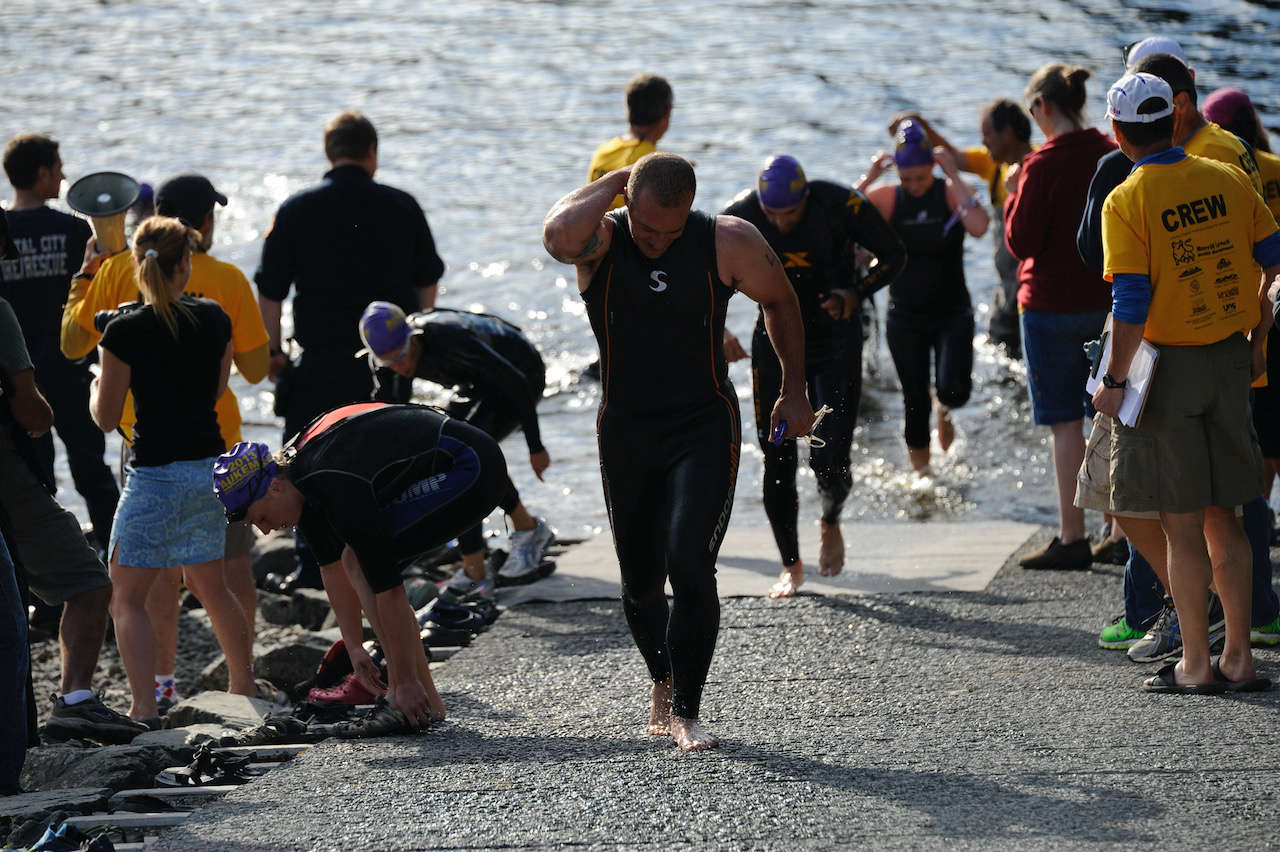