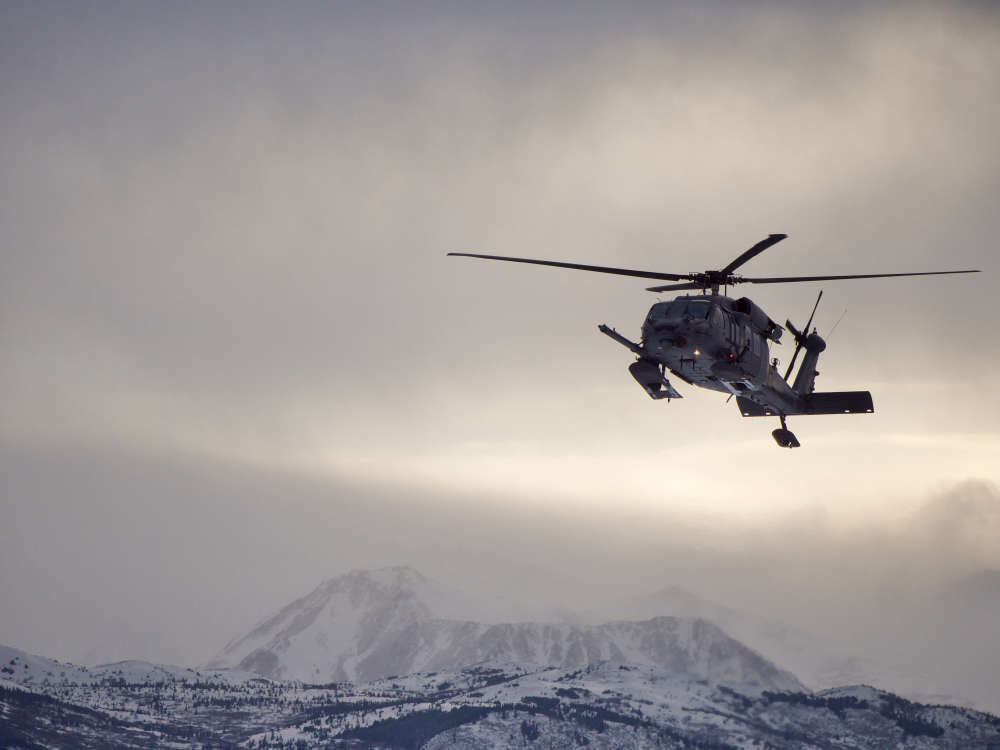 Juneau, Alaska (KINY) - A pregnant woman in distress near Bethel Monday was rescued by the Alaska air national guard.

An official at the Alaska Rescue Coordination Center, superintendent Senior Master Sgt. Evan Budd, said the Yukon-Kuskokwim Delta Regional Hospital had requested assistance when a pregnant woman was injured in a snowmachine accident at the community of kipnuk, located about 100 miles southwest of Bethel.

The 176th wing had launched aircraft to rescue the woman with a plane and a helicopter.

The plane had reached her first and delivered medical supplies used to stabilize the woman.

The helicopter had then landed on the scene, disembarking two pararescuers who spent an hour stabilizing her before loading her onboard for evacuation to the Bethel Airport.

She was loaded on the plane, which then got her to the Alaska Native Medical Center.

Sgt. Budd said there were a lot of tough obstacles to overcome, but everyone came together and knocked this one out of the park.