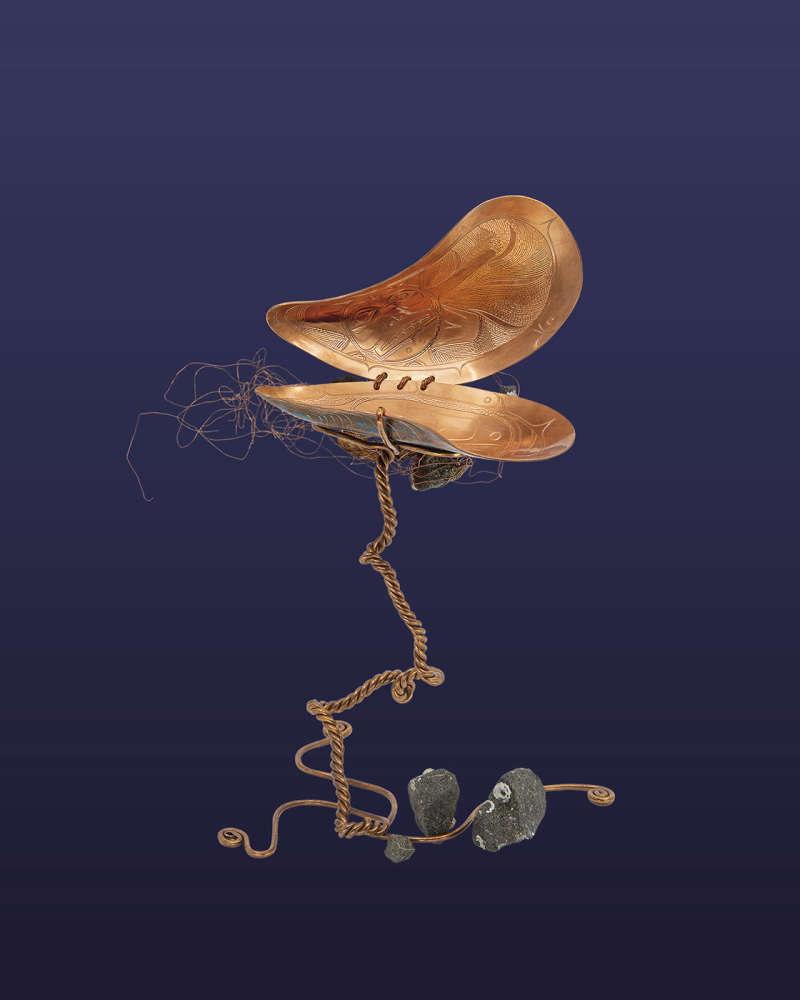 Tlingit artist Káakaxaawulga Jennifer Younger won Best of Show and Best of Carving and Sculpture Division for her piece Mussel.

Other winners in the Juried Art Show by division and category are:

2D and Relief Carving Division: Haida and Aleut artist Gregory Frisby won Best of Division for Wasco Cloak, which was also awarded second place in the Best of Formline awards.

Juror George said SHI’s Juried Art Show provides an amazing opportunity for artists to reach a wider audience with their work, noting that it has launched the careers of many up and coming future artist stars.

“This year we saw an expansive range of art, from drums to sculptures to headbands--from functional regalia to purely artistic stand-alone pieces. It was an honor to serve this year as a juror and especially exciting to get to see all the work before the rest of the world.”

The Youth Art Exhibit juror was Jackson Polys (Stephen Paul Jackson), a Tlingit artist and educator. In a statement, he addressed the young artists: “Seeing your work submitted for the exhibit is incredibly encouraging and inspiring. The artworks reveal exciting developments of your artistic voice, as you experiment and refine through drawing, painting, carving, sewing, and weaving to create works that surprise us… Overall one can sense that your growing skill is giving you freedom to express both individually and to contribute to our cultural resurgence.”

The youth exhibit will be on display at the Juneau Arts and Culture Center through June 24. The Juried Art Show exhibit will be on display in the Nathan Jackson Gallery at the Walter Soboleff Building in Juneau through Dec. 3. The gallery also features SHI’s exhibit, Our Grandparents’ Names on the Land, which explores ancient place names and the innovative inventions that were used to catch halibut and salmon.