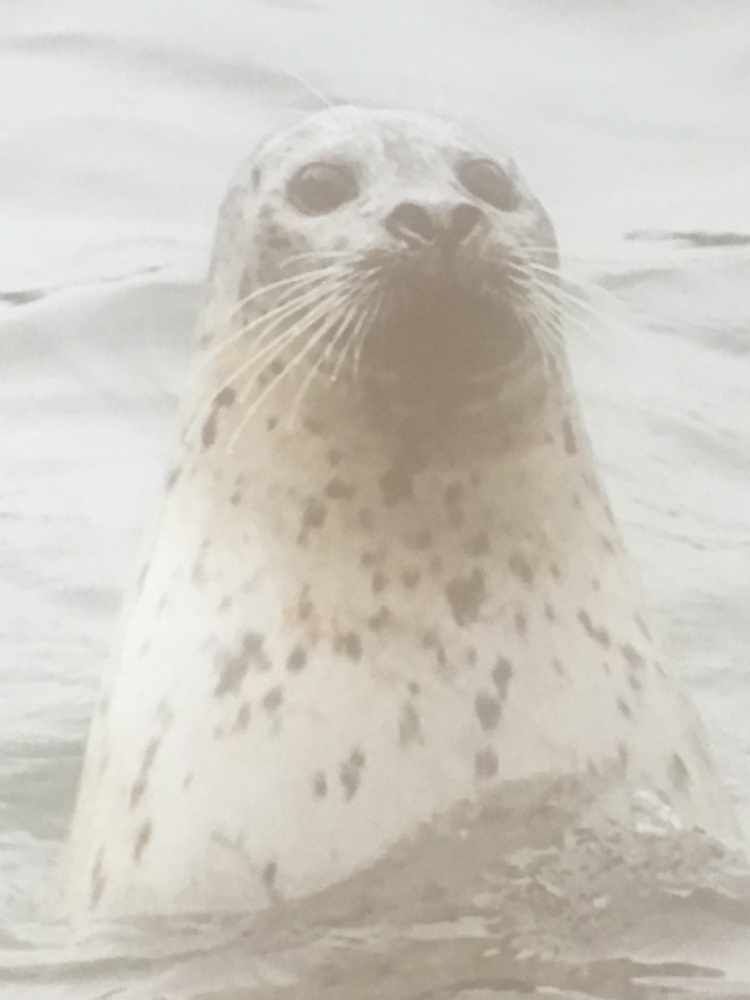 Juneau, Alaska (KINY) - Bob Armstrong spoke on the behaviors of harbor seals at the monthly Wildlife Wednesday lecture at the University of Alaska Southeast.

Seals are an important part of the Alaska native subsistence culture.  They also are hunted by killer whales,sea lions bears and wolves.  They sometimes upset commercial fishermen when they get caught in their gill nets.

The females often weigh as much as 185 pounds while males can weigh 100 pounds heavier.

Armstrong spoke on various seal species like the Weddell Seal that can spend up to 82 minutes underwater before surfacing to breathe.  "I notice a tremendous amount of sound that they make."  They are also able to sleep under the water.

Weddell Seal Science has studied seals for 50 years.  They have published many scientific studies about the research.

While harbor seals have a full set of teeth, they don't use any of them for chewing.  There eyes glow when struck by light.  They have good hearing above and below the water.

The best places to watch harbor seals are Auke Bay at Fishermen's Bend, the DIPAC hatchery and Point Bridget.  About 50 of them climbed onto the floats in Auke Bay last March. They were in search of herring.

"If you don't get too close to them you can see some amazing things.  Anytime a sea lion would swim by the whole group would panic, jump off the rocks and swim away.  They are really frightened of sea lions."

The harbor seals have declined and Steller sea lions have increased near Glacier Bay National Park.  Sea lions are known to attack and kill seals.

While they are graceful in the water they are clumsy on land.

The females give birth to one pup each year.  The pups are born between May and mid-July and are able to swim almost immediately after birth.  They remain with mom for only one month before being weaned and leaving the mother.

Tracy Arm is a great spot to watch the birth of seals.

Armstrong also helped rescue a seal that was trapped on the Mendenhall Wetlands in May, 2007.  It was taken to the Alaska Sea life Center in Seward.  It was released in Fritz Cove in September, 2008.  The government required the seal be named after a metal.  After much thought, Armstrong named the seal Garnet.  "It was safer for the environment."

Researchers put a tracker on Garnet and followed his travels from Juneau up the Taku River, to Gustavus and Glacier Bay National Park before the receiver fell off.

Seals feed on any fish they can get like pollock, salmon, herring, and even crabs.

Wildlife Wednesday is presented by the Southeast Chapter of the Alaska Wildlife Alliance.  The Alliance is currently recruiting for a board member.  The event is free but donations are accepted.