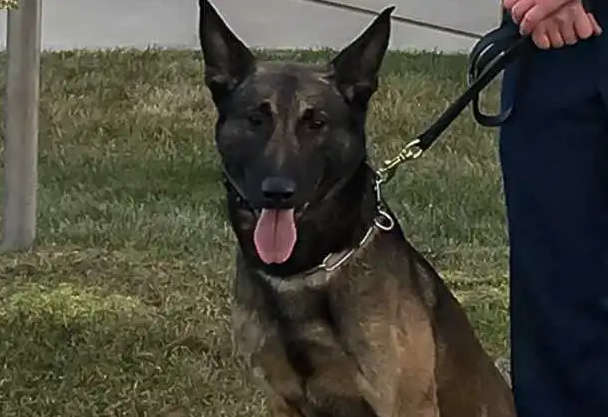 Juneau, Alaska (KINY) - A traffic stop in Wasilla led to a man eluding troopers by vehicle and foot after it was found that he had an active arrest warrant.

On Wednesday at about 12:02, a Trooper on routine patrol attempted a traffic stop on a vehicle for an equipment violation as well as recognizing the driver, Daniel Bear Rogers, 39 years old of Wasilla, as having an active arrest warrant.

Rogers failed to yield and led the Trooper on a vehicle pursuit before stopping his vehicle in the Meadow Lakes area and fleeing on foot.

A Wildlife Trooper helicopter provided overhead surveillance while Trooper K9s Blitz and Lenox responded to the scene and began canvassing the area.

K9 Blitz located Rogers hiding in the woods, however upon seeing the Troopers, Rogers attempted to flee again.

K9 Blitz was deployed and apprehended Rogers on the arm.

Rogers was arrested and transported to Mat Su Regional Hospital where he was treated for the dog bite and later remanded to Mat Su Pre-Trial on the following charges and held without bail; Felony Fail to Yield, Reckless Driving, Violate Conditions of Release on Original Charge Fail to Yield, and DUI.