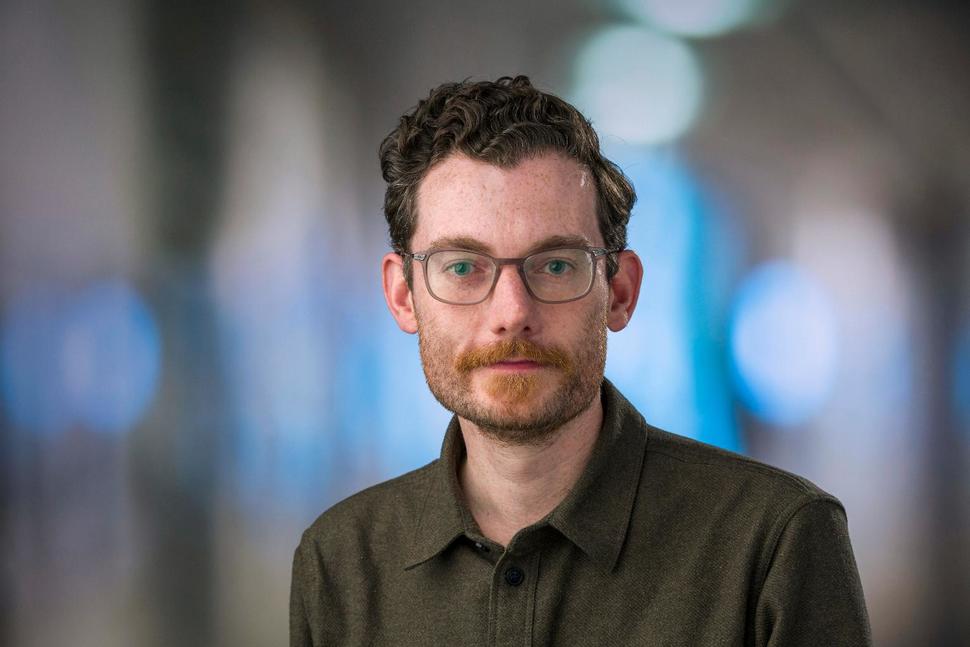 Trevor Bedford is among a group of scientists who are contributing data to the decision-making in Washington state with regards to containing the new coronavirus outbreak.

Seattle (AP) - A U.S. scientist is helping public health authorities understand and track the coronavirus, turning up clues about how it arrived and spread through Washington state and beyond, including potentially seeding an outbreak on the Grand Princess cruise ship.

Washington's governor banned large public events in three counties on Wednesday, a strategy guided by the work of Trevor Bedford and his colleagues, who have estimated there are currently 1,100 active cases in the state, most of them undiscovered by testing.

Like a detective studying fingerprints, Bedford uses the genetic code the virus leaves behind. The dots he connects are mutations in the genetic alphabet of the virus, a 30,000-letter string that changes at the rate of one letter every 15 days.

Those tiny mutations don't change the virus' effect on people, but they do allow scientists to draw conclusions about how it spreads from person to person.

After a person gets tested for the virus with nasal and throat swabs, a small bit of the specimen can be used to rapidly sequence the virus' genome. That work has been happening, not just in Seattle, but in other labs around the world. Scientists are sharing their results on a public platform where they've been sharing influenza genome data since 2008.

This week, Bedford's lab at the Fred Hutchinson Cancer Research Center worked with California researchers to find links between a cluster of cases in the Seattle area and the outbreak on the Grand Princess cruise ship in California.

“They all are very similar genetically,” Bedford told The Associated Press. “It seems very possible” that virus from the Washington outbreak made it onto the Grand Princess.

Dr. Charles Chiu at the University of California, San Francisco agreed. He provided genome sequencing of seven samples from infected passengers who got off the Grand Princess this week. The eighth sample from an earlier Grand Princess cruise to Mexico had ties to Washington state, Chiu said, and that person likely seeded the outbreak among passengers on board as the ship left for Hawaii.

“The simplest explanation," Chiu said, is that the earlier Grand Princess passenger had been in Washington state and then seeded the cruise ship outbreak.

There's an alternative explanation, Chiu said. A cruise passenger or crew member was infected in another country, coincidentally by a virus with the same mutations as the Washington state cases.

For most people, the coronavirus causes only mild or moderate symptoms, such as fever and cough. For some, especially older adults and people with existing health problems, it can cause more severe illness, including pneumonia. The vast majority of people recover within a few weeks.

Based on the genome sequencing of 18 Washington state cases, Bedford believes the state outbreak began with one person, perhaps the 35-year-old man who was the first known U.S. case. The coronavirus infection rate in the Seattle Flu Study, a project mapping seasonal flu, indicates there could be 1,100 active COVID-19 infections in the state, although because of limitations in the modeling that number could range from as low as 210 to as high as 2,800 active infections.

Health authorities tried to trace all the people who had contact with the first U.S. case, a resident of Snohomish County, north of Seattle, who had visited Wuhan, the Chinese city that was the initial epicenter of the outbreak. He landed at Seattle-Tacoma International Airport on Jan. 15 and started feeling sick the next day. On Jan. 19, he visited a clinic in and was hospitalized on Jan. 20.

“They did very aggressive contact tracing looking to identify anybody who had had contact with that initial case and sort of concentric circles outward,” Dr. Nancy Messonnier of the Centers for Disease Control and Prevention said Wednesday. She called Bedford's work “an interesting hypothesis,” but said the outbreak could have been caused by “a secondary seeding.”

Kristian Andersen, a genetic epidemiologist at Scripps Research in La Jolla, California, agreed that the virus was introduced to Washington state by one person and suggested that the active cases probably exceed 1,100. Neither of the conclusions Bedford described is a surprise, he said in an email.

“The United States has completely failed to prepare for the pandemic — despite having adequate time — and we currently have one of the lowest capacity for COVID-19 testing,” he wrote. “This continues to be an enormous problem and it is highly likely that we are currently be missing the vast majority of cases occurring across the country.”

“Unless our ability to detect cases is transformed within days and aggressive strategies for responses are put in place, within a couple of weeks, we are going to find ourselves in a situation that is very similar to the one currently unfolding in Italy,” Andersen wrote.